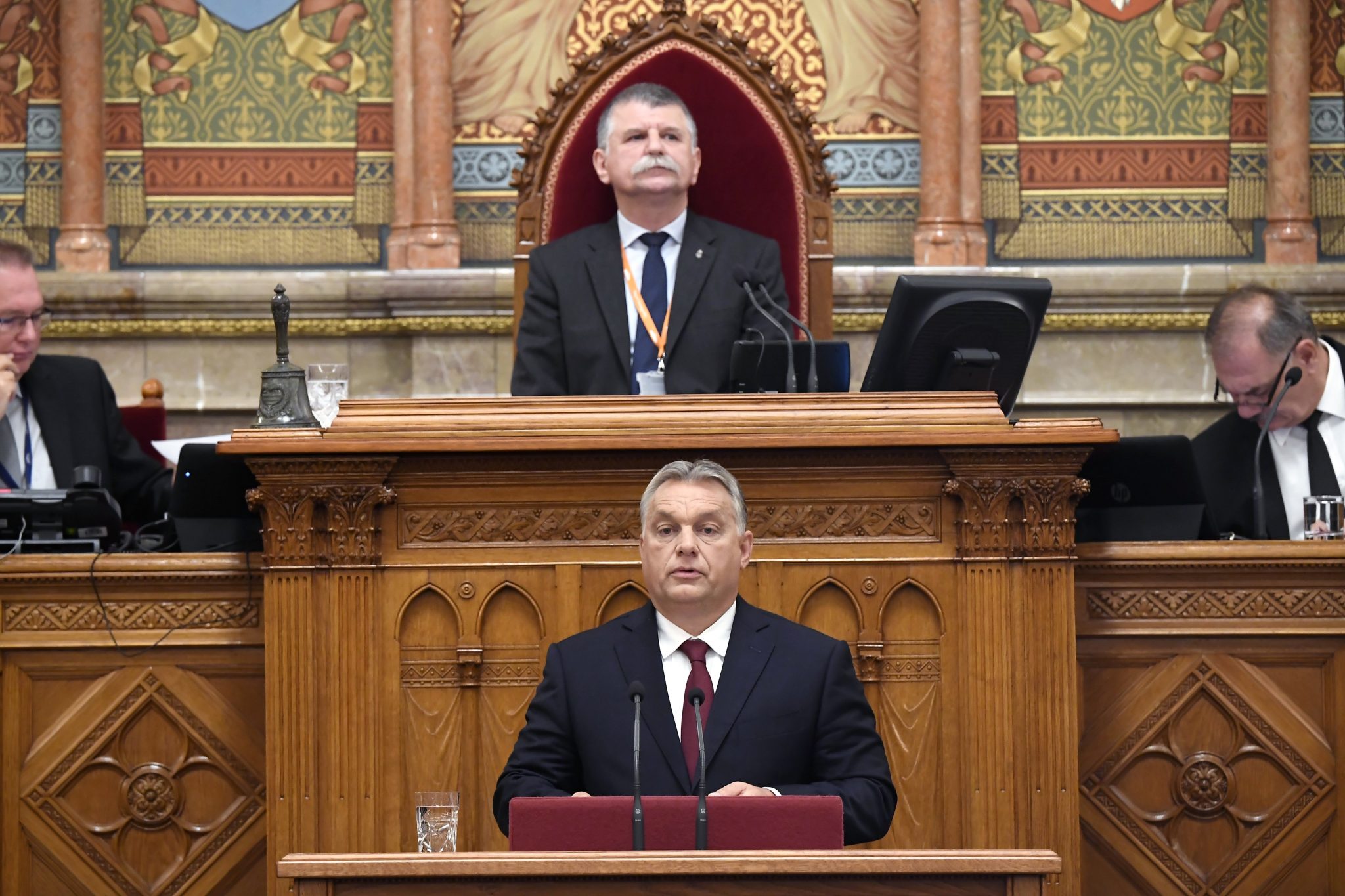 The Hungarian government will not give up its right to control the country’s borders, Prime Minister Viktor Orbán said in his address at the opening of parliament’s autumn season on Monday.

“We will not allow anyone to take away one iota of our border control rights,” Orbán said, adding that “we have more skill in controlling the border than anyone in Brussels”. The PM insisted that Hungary’s border guards were “not only professionals but patriots”, who had taken an oath to protect the country and “this is something money cannot buy”.

Brussels does not aim to protect the European Union’s borders but to set up a reception service to manage immigration rather than to stop it. Hungary is neither a passageway nor refugee camp; if we wanted to mix with other cultures or civilisations we would hold consultations first”

Orbán said. He added that he would “not advocate that idea to the Hungarian people”.

The issue of migration is not a partisan matter but a priority for the nation, Prime Minister Viktor Orbán told. The prime minister said it was a “historic error” on the part of the “European elite” to have “failed to keep Britain inside the European Union and migrants out”.

He said those fighting against immigration were under “constant attack”, one element of which he said was the Sargentini report approved by the European Parliament last week. “The document was drafted against Hungary and not the Hungarian government,” Orbán insisted, adding that its text contained “absurdities” about anti-Semitism in Hungary, among other issues. “The centre of modern anti-Semitism is in fact in Brussels, from where anti-Israel political operations are financed,” the PM said.

Addressing lawmakers on the opening day of the legislature’s autumn session, Orbán said that in the general election five months ago, the Hungarian people had decided to give their confidence in the government and the go-ahead to continue its family, economic and national policies, and to continue taking action against migration.

If you don’t want to get stuck in the past and in the same old rut, you may consider following the people. It really helps”

“In this way, the issues that are important for the Hungarian people and their lives can be represented in the legislature,” Orbán said.