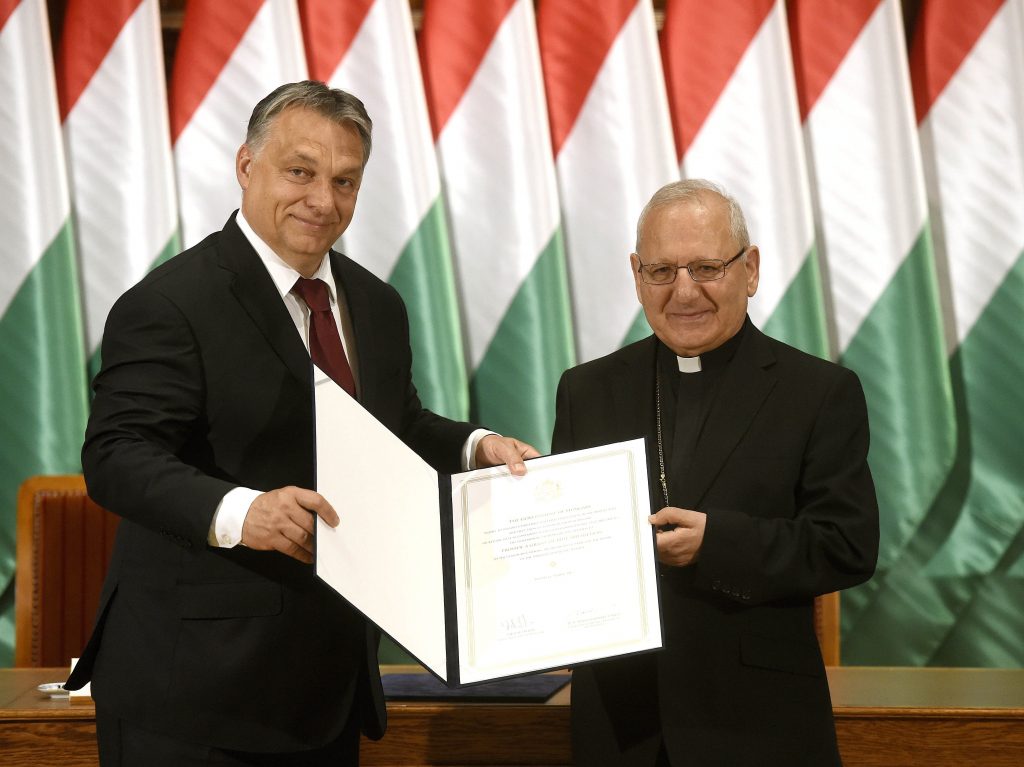 According to Hungarian wire service MTI, Prime Minister Viktor Orbán has signed an agreement for the Hungarian government to contribute funds for the rebuilding of Christians’ houses in the northern Iraqi city of Tesqopa.

This agreement was also signed by Patriarch Louis Raphaël I Sako of Babylon, head of the Chaldean Catholic Church. 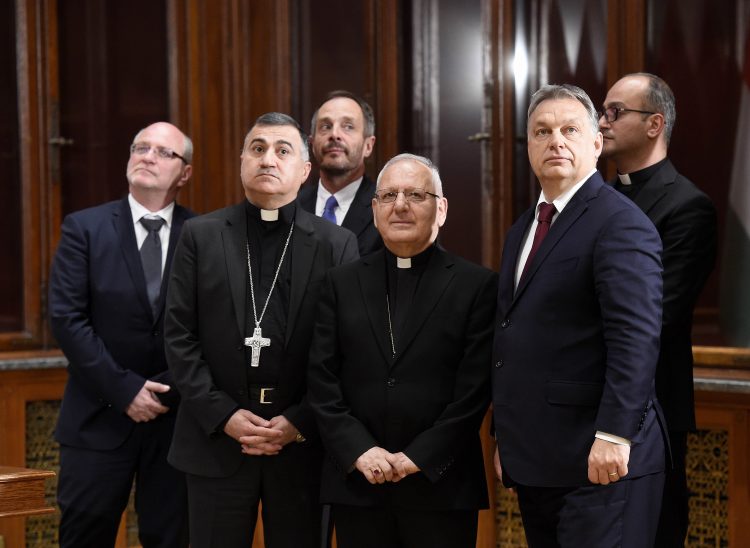 Hungarian Prime Minister Viktor Orbán (right) with Chaldean Catholic Patriarch Louis Raphaël I Sako of Babylon (center), and Bashar Warda, Chaldean Catholic Archbishop of Erbil (left) at the signing of an agreement on the Hungarian government’s contribution of funds for restoring the houses of Iraqi Christians in Tesqopa (Photo: MTI-Noémi Bruzák)

Prime Minister Viktor Orbán signed an agreement on the Hungarian government’s contribution of funds for restoring the houses of Iraqi Christians in Tesqopa. The document was also signed by Chaldean Catholic Patriarch Louis Raphaël I Sako of Babylon in Parliament.

Before the document was officially signed, Bertalan Havasi. the Prime Minister’s Press Chief, told reporters that

the Hungarian government is helping to ensure that Christian families can continue to live in the land of their birth and return to their homes. Fully 580 million forints (1.9 million euro) has been set aside to restore the houses in Tesqopa.

This March, the Hungarian Cabinet decided to provide 580 million forint for the repaired of damaged homes in the city; the chief goal being to support persecuted Christians in the Middle East.

The day before Patriarch Sako’s meeting with the Prime Minister, Bashar Warda, Chaldean Catholic Archbishop of the Northern Iraqi city of Erbil, signed an agreement with Hungary’s Minister of Human Capacities Zoltán Balog. Under the terms of this agreement, the Hungarian government will provide 145 million forint (approximately 475,000 euro) to help fund Erbil’s Saint Joseph Hospital, which serves Iraqi Christians who have been forced from their homes due to the ongoing campaign of violence and murder of the Islamic State.

Speaking to reporters after the signing, the patriarch said that Iraqi Christians are “in dire need of solidarity,” and are seeking aid to rebuild towns and settlements destroyed by ISIS. The leader of the Chaldean Catholic Church added that

Iraqi Christians will not respond to violence with violence; they do not seek to establish a state of their own, they just want peace and security.

Via MTI, kormany.hu, and magyarkurir.hu