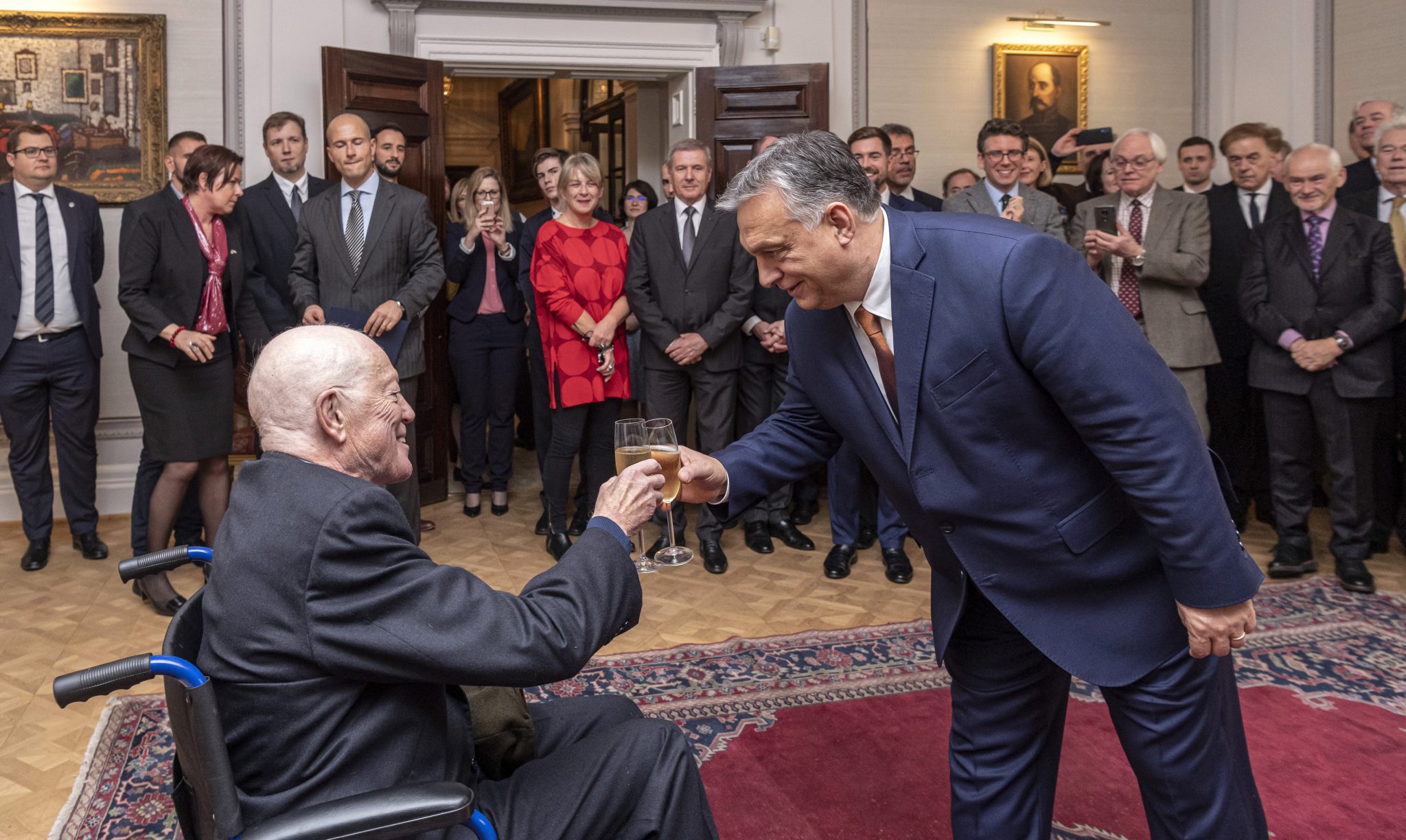 On Tuesday in London, Hungarian Prime Minister Viktor Orbán presented philosopher and author Sir Roger Scruton with the Order of Merit of the Republic of Hungary, Middle Cross, saying he had “foreseen the threats of illegal migration and defended Hungary from unjust criticism.”

President of the Republic János Áder bestowed the award which was handed over by Orbán.

At the ceremony held at the Hungarian embassy in London, Orbán said: “We have learnt from our beloved professor that Conservatism is anything but an ideology; in fact, it is the antidote to ideology.”

Sir Roger Scruton is a British conservative philosopher and writer. He has published widely on conservatism, aesthetics, and politics. He is the founder of the conservative Salisbury Review, and was active in dissident movements in Hungary, the Czech Republic, Slovakia, and Poland during the 1980s. Sir Roger is a fellow of the British Academy and the Royal Society of Literature, Research Professor of Buckingham University, and Visiting Professor of Oxford University. His articles have been published in international outlets such as The Wall Street Journal and The Times. He was knighted in 2016.

Orbán said Sir Roger was a man of practice and not of abstractions who wasn’t just opposed to communism philosophically, but also acted as a strong ally of anti-communist forces in Central and Eastern Europe during the communist era.

On the other hand, he didn’t blindly support open societies but was awake enough to see its flaws and warn about its dangers, he said.

Sir Roger Scruton on Trump: “He doesn’t have any thoughts that are longer than 140 characters” – Exclusive Interview

And he was forward-looking enough to see the threat of illegal migration and defend Hungary against its unjust critics, the prime minister added.

Orbán called Scruton a “loyal friend of freedom-loving Hungarians,” saying the philosopher had recognized that freedom was based on nation states and Christian civilization.

“He is a friend of Hungarians because he has sided with us, for good or ill. That is loyalty and friendship. And these only exist in practice,” Obán concluded.

In his reply, Professor Scruton highlighted that Hungary has been an example by preserving its valuable identity, even in times when everywhere else there is pressure to accept global uniformity and eliminate national differences. 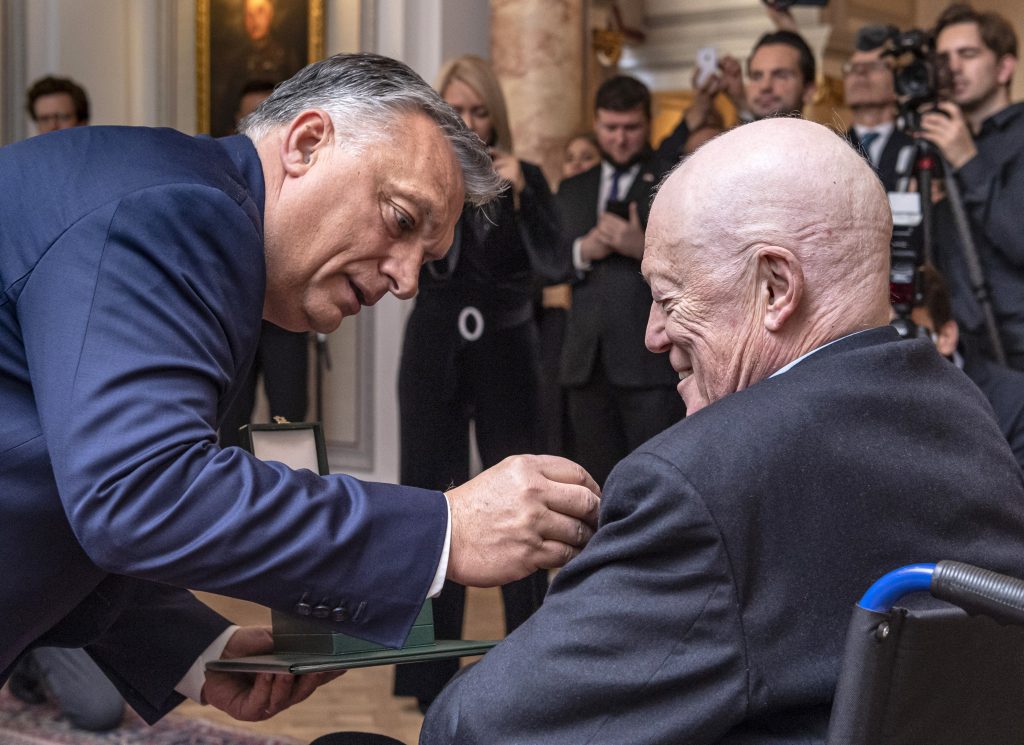 He added that if the decoration stands in recognition of the jointly held view that the nation state is both the foundation and building block of European politics, then for him this is a most valuable tribute.

The opinion on the conservative philosopher is divided both in his country and in Hungary. His supporters think the 75-year-old professor is one of the most prominent contemporary conservative thinkers, while those criticizing him say Scruton’s political views are often racist, anti-Semitic, Islamophobic, and homophobic.

Last time his name hit the news in April, when in an interview with British weekly New Statesman, Scruton made some remarks among other things, about George Soros and Viktor Orbán.

“Anybody who doesn’t think that there’s a Soros empire in Hungary has not observed the facts,” Scruton told the magazine.

He also claimed that accusing the Hungarian prime minister of anti-Semitism was “nonsense.”