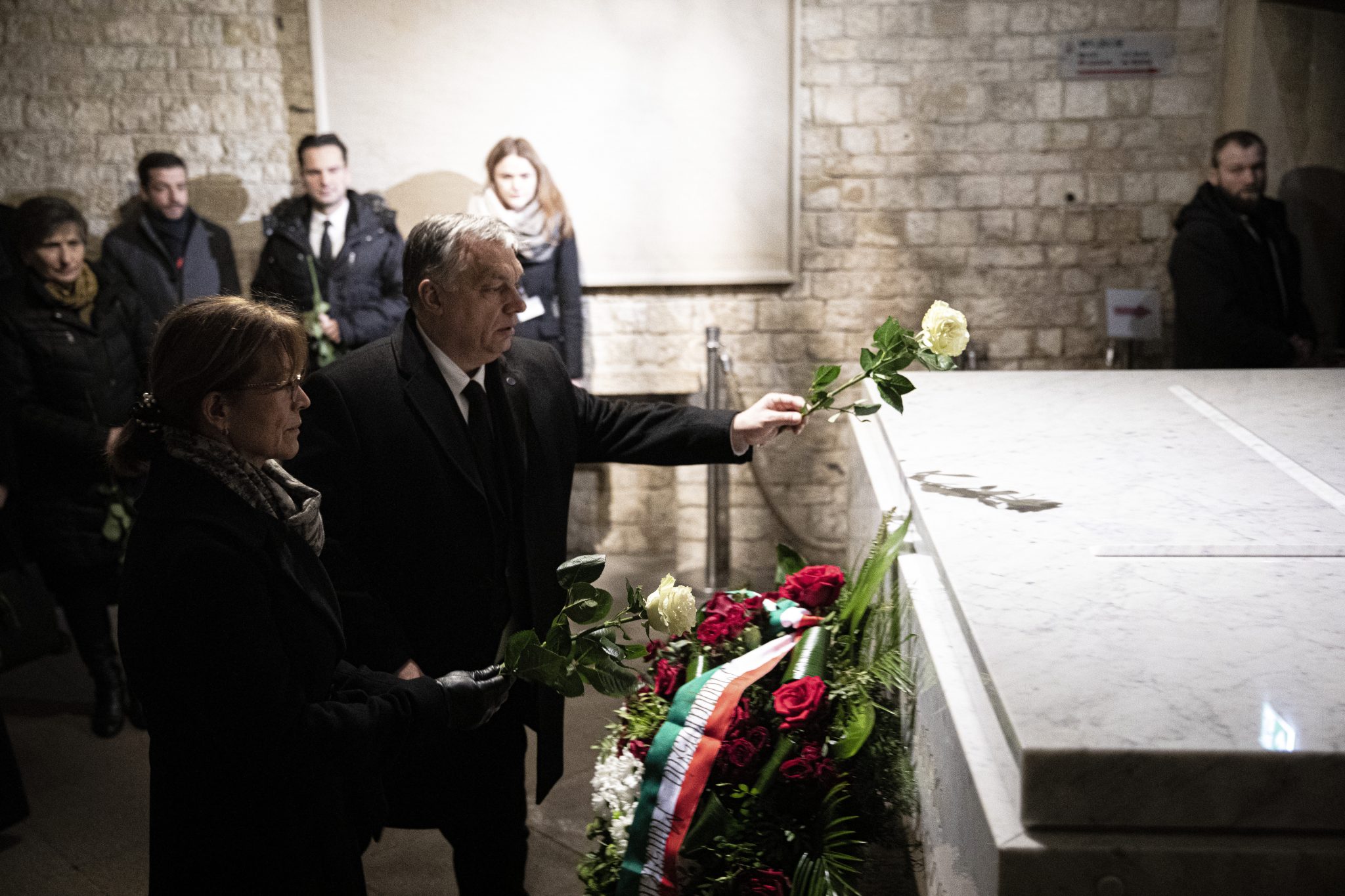 Prime Minister Viktor Orbán and his wife, Anikó Lévai, have laid a wreath at the grave of the late Polish President Lech Kaczynski and his wife, Maria, in Krakow, the PM’s press chief said on Monday.

Orbán will attend a commemoration of the 75th anniversary of the liberation of the Auschwitz-Birkenau concentration camp in the afternoon together with several heads of state and government.

The prime minister will place a candle in front of the Hungarian memorial to the victims of Birkenau.