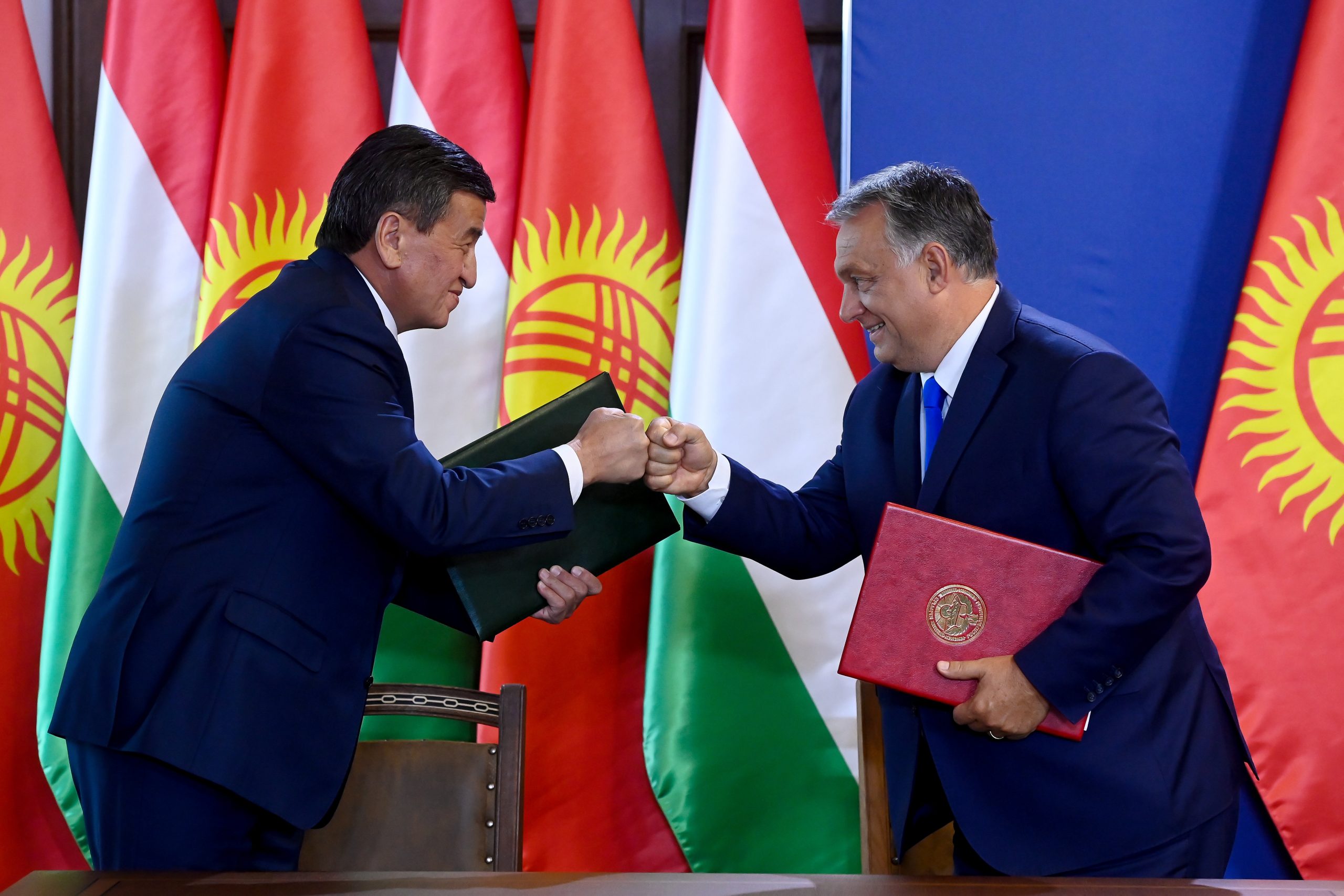 After talks in Budapest with the Kyrgyz President Sooronbay Jeenbekov on Tuesday, Prime Minister Viktor Orbán said Hungary must continue to function in every way, and this also applied to its diplomacy and foreign relations.

Orbán noted the two countries have agreed to establish a 50 million US dollar Hungarian-Kyrgyz development fund, primarily for financing joint ventures. More money may be added to the fund as needed, he said.

He also announced plans to operate a direct flight between Budapest and Bishkek, saying the legal and financial conditions for this were in place.

Orbán noted that the Kyrgyz president had been scheduled to visit Hungary in April, but this plan was stymied due to the coronavirus epidemic.

The Hungarian government currently offers 75 state scholarships to Kyrgyz students, a number to be increased to 150, the prime minister said. He added that Hungary was planning to make investment projects in “certain sectors” of the Kyrgyz economy.

Concerning bilateral ties, Orbán said that relations with Kyrgyzstan had so far been a “neglected area” but said he hoped that the current visit would “supply content” to those ties. Orbán also paid tribute to the cultural achievements of Kyrgyzstan.

Orbán quoted the Kyrgyz president as saying that “the Kyrgyz and the Hungarian used to be one people in the good old times”, adding that recent history had also linked the two countries, and that Hungary’s political regime change had contributed to trends that helped Kyrgyzstan regain its independence.

Jeenbekov said that bilateral ties were dynamically developing on the basis of mutual respect. He welcomed that a number of agreements had been signed, and said that they could open a new chapter in bilateral cooperation.

The Kyrgyz president also thanked the Hungarian government for its assistance related to coronavirus prevention.

Before the press conference, 13 bilateral agreements were signed concerning the two countries’ strategic relationship, as well as cooperation in the areas of transport, health, farming, finance, disaster management, water management, education, research, digitisation of the economy, and investment promotion, and including one aimed at eliminating double taxation.