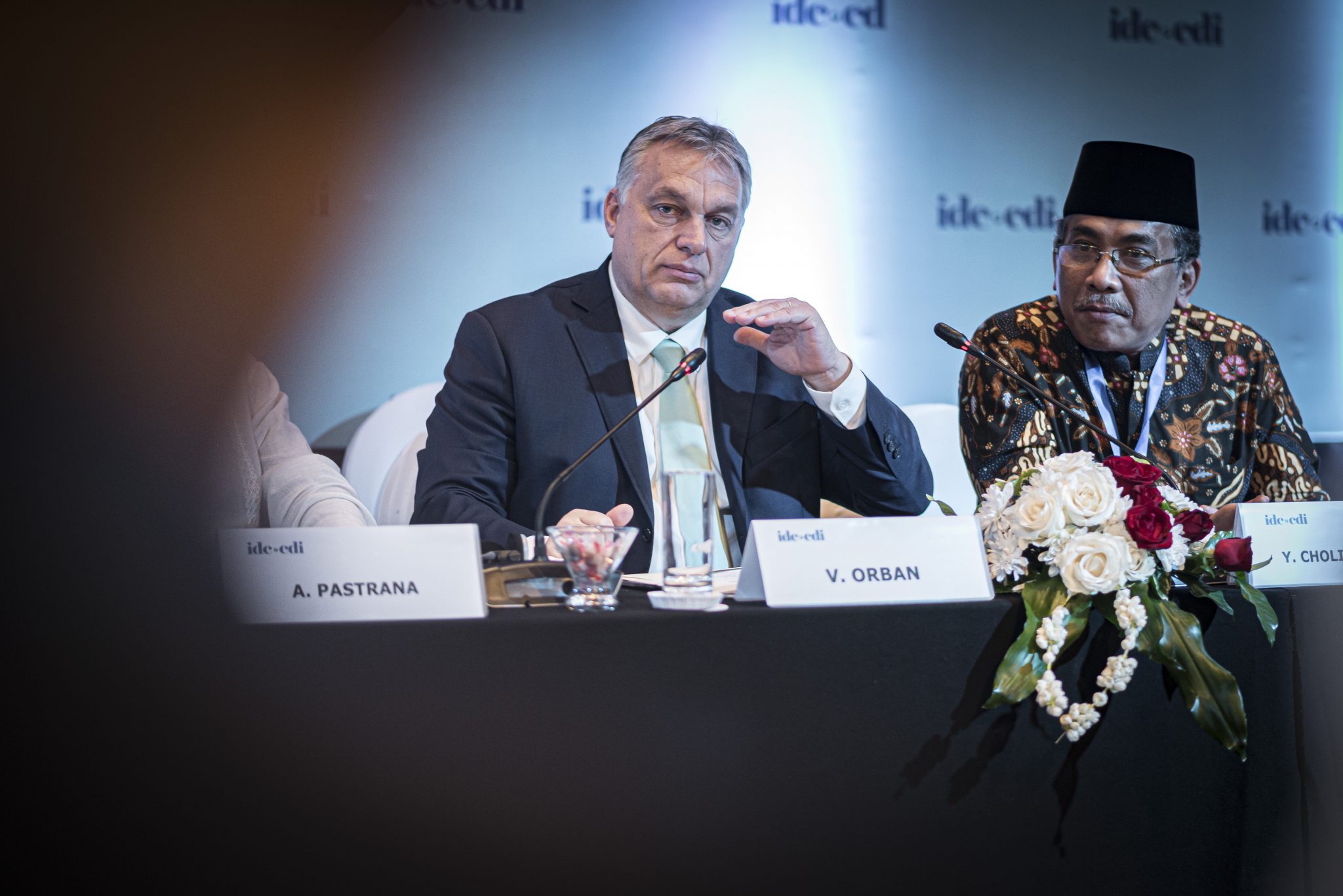 Christian democratic parties have a good chance of establishing cooperation with moderate Islamic parties on a common ground that they all insist on maintaining their identity, Hungarian prime minister Viktor Orbán said in Yogyakarta on Thursday.

Viktor Orbán, who is leader of ruling Fidesz, attended an executive meeting of the Centrist Democrat International (CDI), a Christian democratic political formation. Orbán is also one of the vice presidents of CDI.

“When I was here for a visit a few years ago, I discovered a party that thinks along the same lines as Fidesz. It was very inspiring,” Orbán said after the meeting, making reference to the National Awakening Party (PKB), the host of the event.

“I became curious to learn what it means, how it works in terms of political philosophy if you are not Christian but Muslim,” Orbán told a press conference.

“It is very instructive and interesting that an Islamic movement like yours is presenting itself on the political scene. For me, this raises two questions. One is what the future of Christianity and the future of Islam will be? The other is whether we can live side by side, as we used to, which worked excellently,” Orbán said.

He said it was important for politicians and decision-makers to maintain relations on the highest, political level, whereas building relations on a more “philosophical level” among parties was also important.

Orbán said the main question in Europe was how national and Christian identity could be preserved when “so-called European progressive, liberal political forces try to exert pressure on us” and seek to steer a society into a “post-Christian, post-national” era.

He said there was a similarity between Christians and Muslims in that they both insist on keeping their national and religious identity.