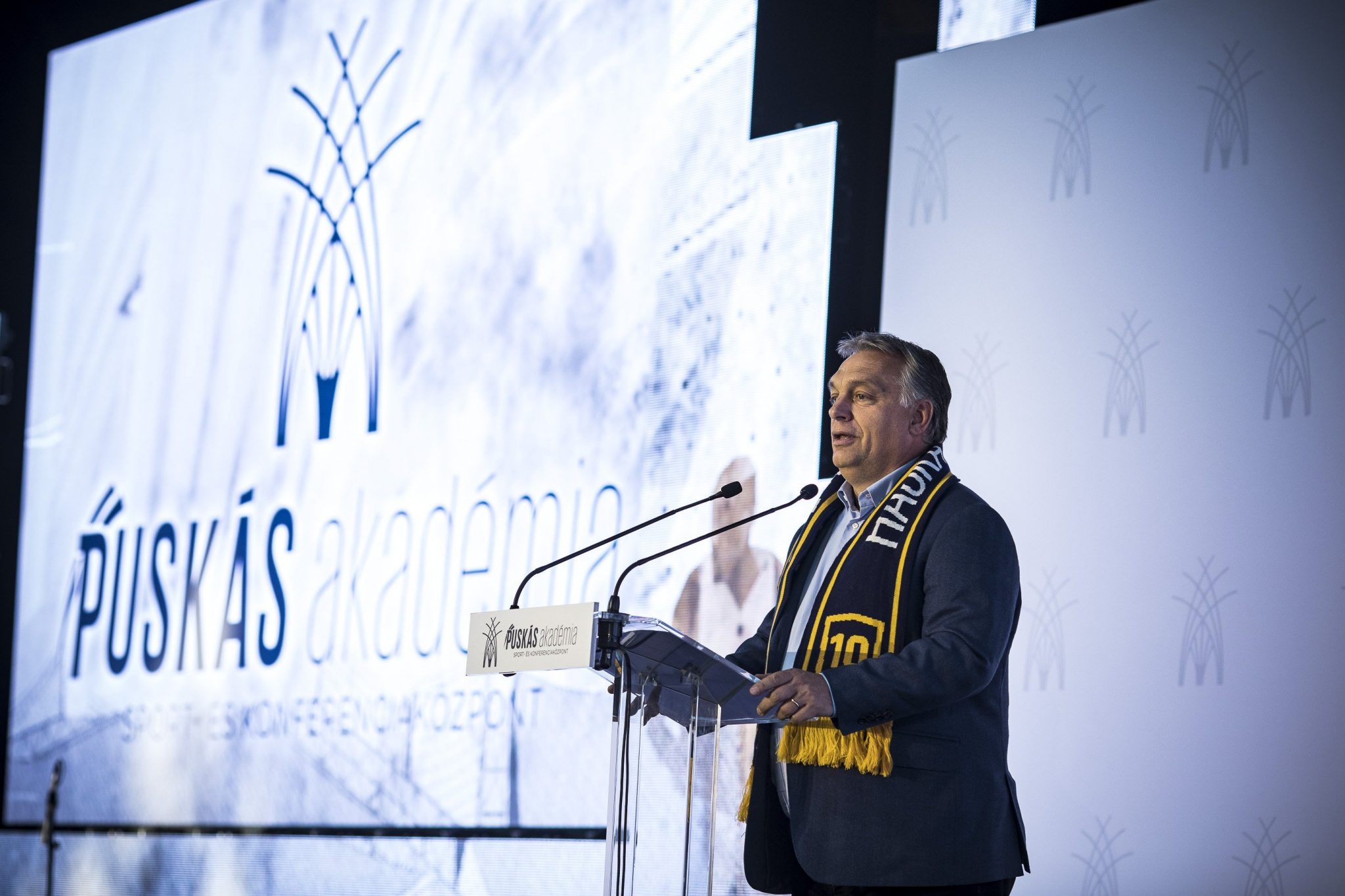 Prime Minister Viktor Orbán on Saturday inaugurated the Puskás Ferenc Football Academy’s new Sports and Conference Centre in Felcsút, near Budapest. In his address, the prime minister said that nurturing youth was a national priority.

Hungarian history shows that the fight for the future will be won by those who have a vision, Orbán said. Since 2010, the entire country can see its future, he said, adding that this had been made possible “because we started to believe that we are capable of changing the world. At least our own”.

We mustn’t wobble, slither or stumble the way some of Europe’s leaders do. All we Hungarians have to say is: ‘this is how you do it … and then the world will move forward.'”

The prime minister stressed that Hungary’s future lay in its children. “Our vision will become reality in them and through them,” he said.

“But Hungarians won’t accept this vision,” he said. “Instead we’ll focus on youth development.”

Orbán said the number one task of the Puskas Academy’s sports and conference centre would be to nurture talent.

“We’re not manufacturing footballers, we’re not programming droids, but rather building a power centre where we hope heroes will be born and grow up,” the prime minister said.

Orbán also said that if all of the eight football academies in Hungary “that can be taken seriously” produced two footballers of international calibre every ten years, Hungary could field a European level national team.

The new complex cost 12.5 billion forints (EUR 38.5m) to build, 30 percent of which was covered by the academy’s own funds, with the rest being covered from funds paid by businesses as corporate tax (TAO) to the central budget.

via MTI
featured photo by kormany.hu