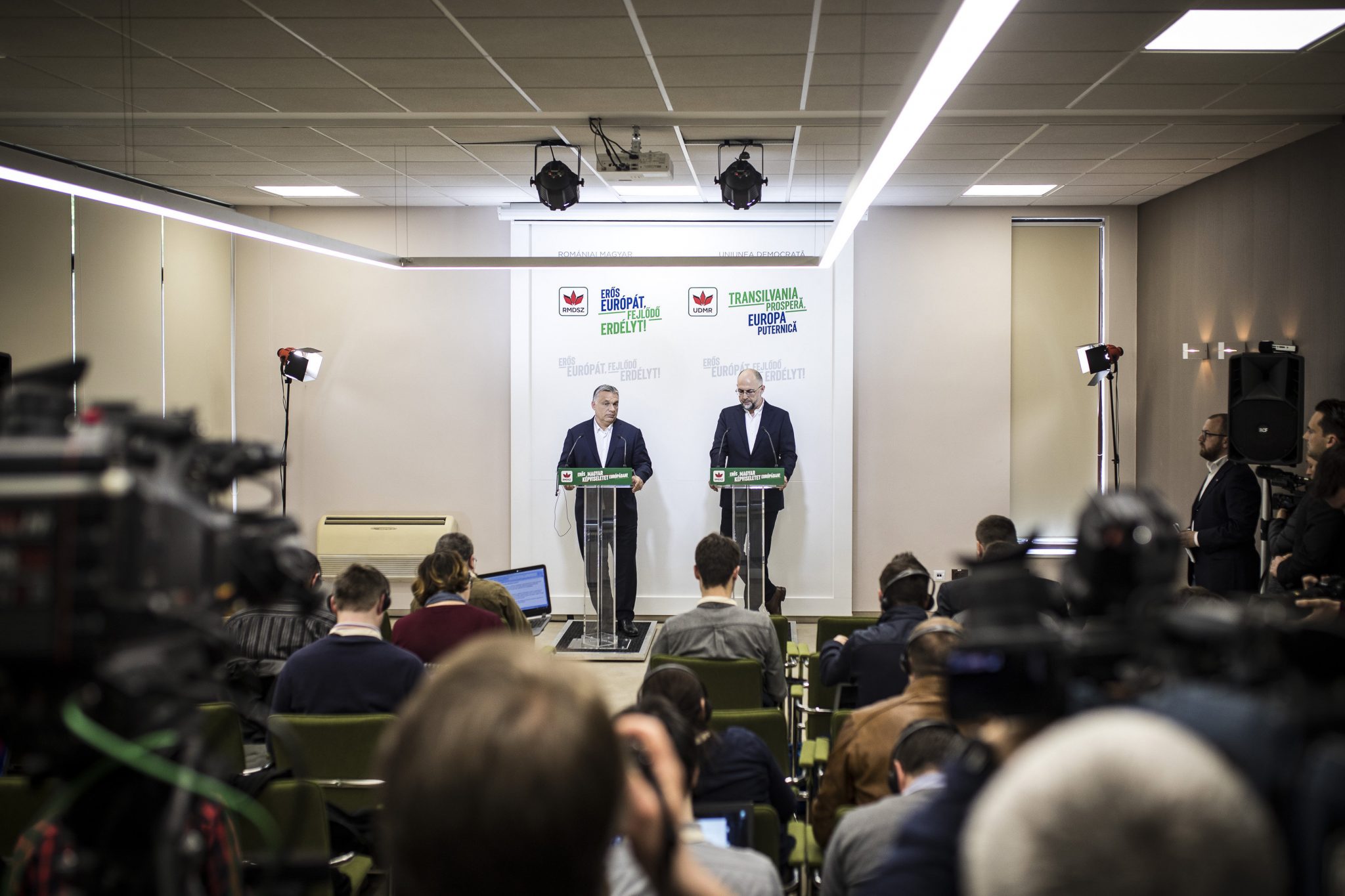 Prime Minister Viktor Orbán called on voters to participate in the upcoming European Parliament elections and asked ethnic Hungarians to support the Democratic Alliance of Hungarians in Romania (RMDSZ), in Nagyszeben (Sibiu), in central Romania, on Thursday.

Arriving at an informal meeting of EU heads of state and government, Orbán told reporters that “first of all, I want to campaign among ethnic Hungarians, and generally among all Romanian citizens, to turn up for this vote of great importance for Romania, Hungary and all European countries.”

Orbán: EPP not Important, Only Fidesz to Find its Place after Elections

“Secondly, one always comes to Romania to improve Romanian-Hungarian relations. We would like to see tighter cooperation between the two countries and the two peoples,” he said.

Orbán in Transylvania: Migration Top Priority for All European Countries

“And finally, the summit will focus on the future of Europe. Of course, considering the options will continue even thereafter as decisions will only be made after the elections, in awareness of the voters’ position,” he said.