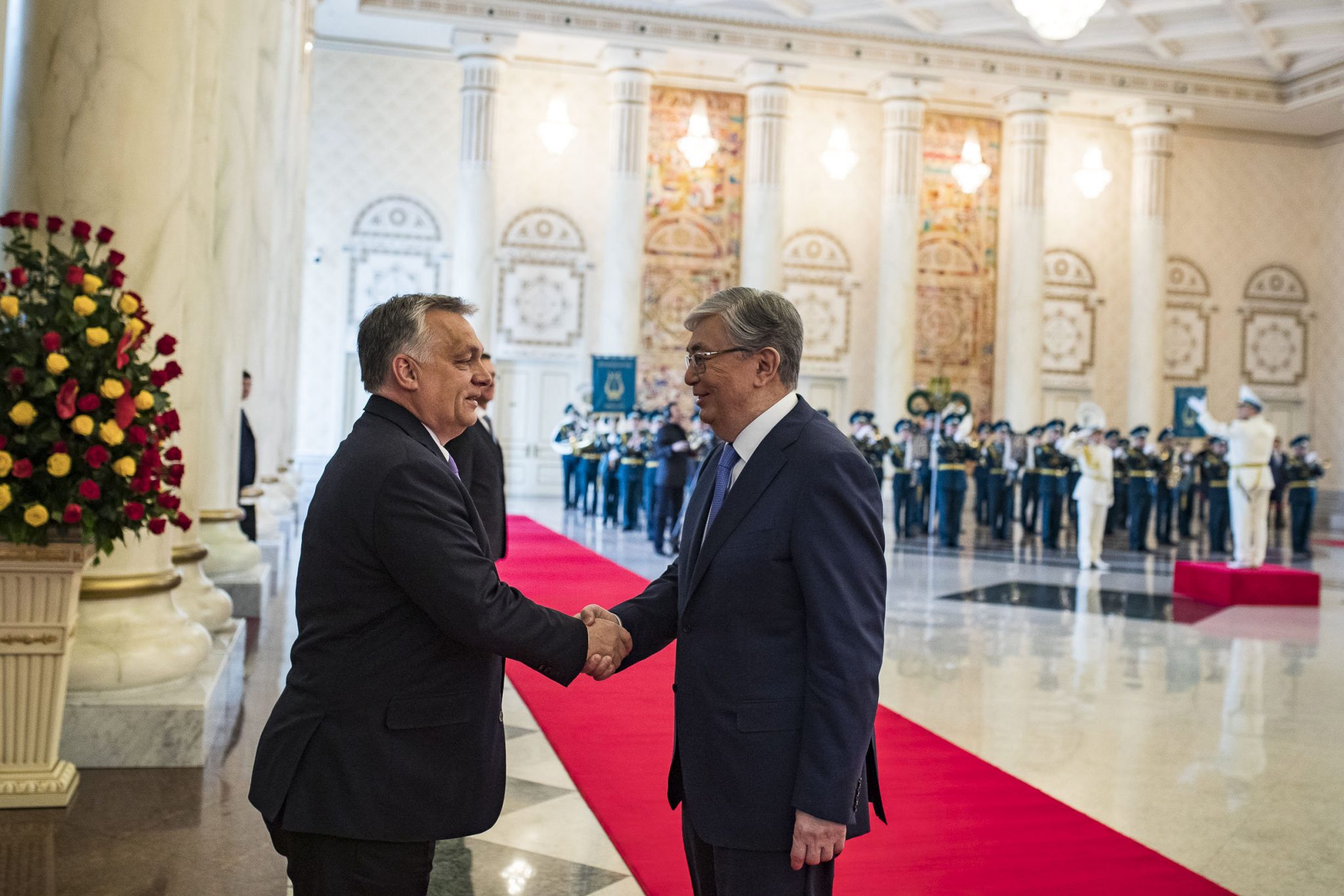 Hungary views the changed balance between East and West as an opportunity rather than a danger and wants to use it to bolster its ties with Eastern countries, the prime minister said in Nursultan on Wednesday.

Viktor Orbán paid an official visit to Kazakhstan where he held talks with President Kassym-Jomart Tokayev.

The prime minister told a joint press conference held with Tokayev that Hungary “has an easy time” boosting its relations with Eastern and Central Asian countries.

“We are tied to the peoples of the Central Asian region through our historical roots, which means we have the cultural foundations to intensify diplomatic and economic ties with them,” Orbán said.

Everything happening today in international politics, he said, was a reflection of the new balance between East and West.

“In the past, it was a given that the West had reason to believe when it came to technology, economic development and finding successful political systems that it was the strongest player in the world,” Orbán said. But the situation has now changed, he said, arguing that the East was continuously getting stronger. The next ten years will also be about this shift in balance, he added. 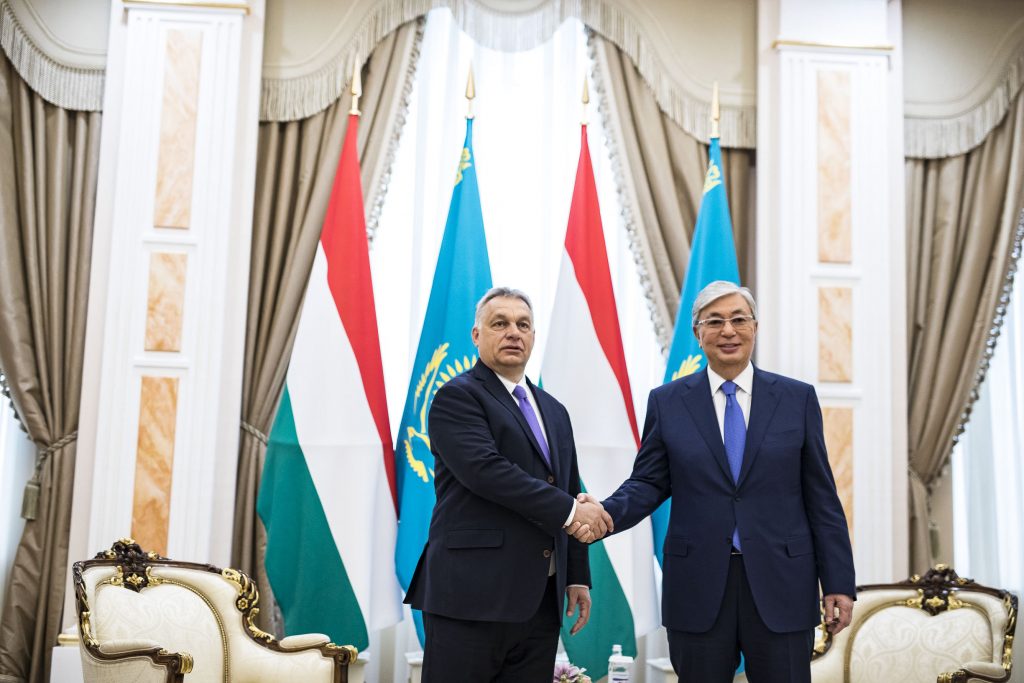 “We tend to forget that democracy is not just about the right to take part in an election and debate shared issues,” the prime minister said. Democracy, he said, was also a form of government, according to the ancient Greek approach, “meaning that the right to freedom of expression and voting rights must converge in effective and stable governance”.

Orbán said the world’s most successful countries today were also the ones with the most stable political systems. He said Kazakhstan had been a leading country in terms of stability in recent years, adding that the ongoing global changes would further strengthen the country’s stability. 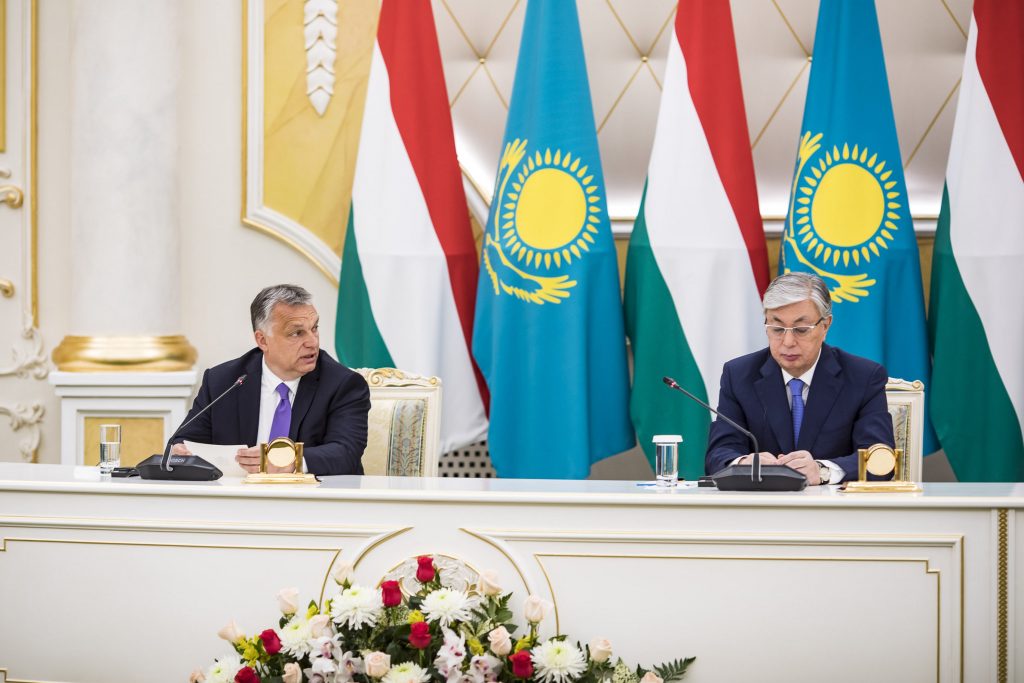 He said the geographical distance between Hungary and Kazakhstan made it “hard, but not impossible” to establish strong and close economic relations between the two countries. Hungary and Kazakhstan worked hard to set up joint business ventures, Orbán said, noting that Hungary was one of the first countries to contribute to the establishment of a financial centre in Nursultan.

Orbán noted that the two countries had set up an investment fund, which has helped finance an agricultural project. The second project to be carried out via the fund’s help, the construction of a milk plant, has already been approved. He also said Hungary was getting ready to send a delegation of some 100 businesspeople to Kazakhstan with a view to exploring further cooperation opportunities. Orbán said there were 250 Kazakh students studying at Hungarian universities. 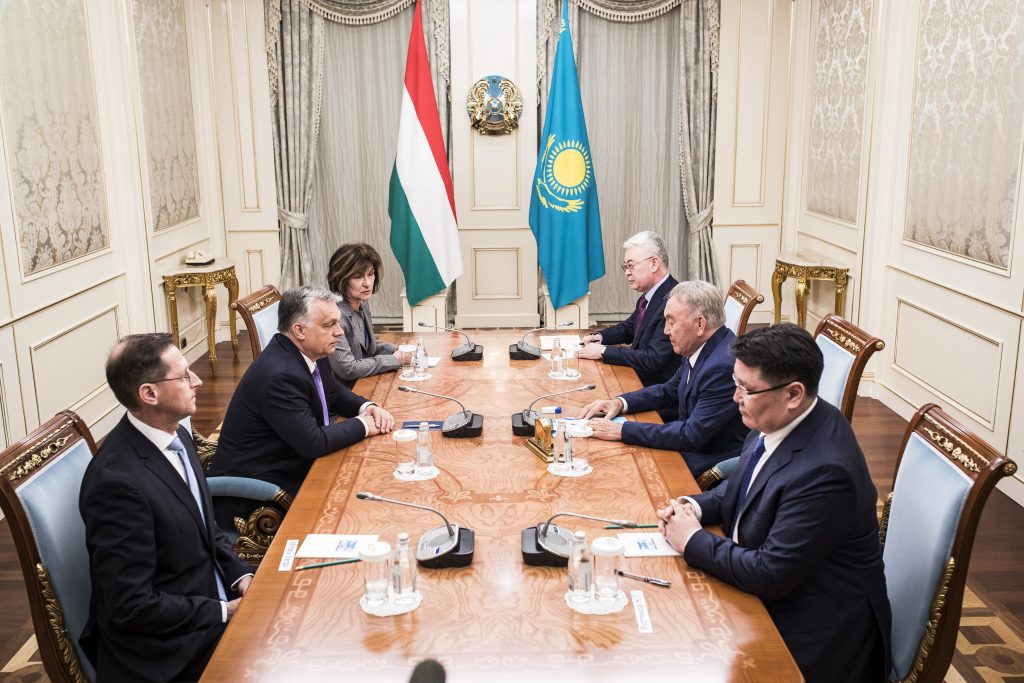 Tokayev called Hungary an important European Union and central European partner for Kazakhstan, saying that the two countries were bound by their political and economic interests as well as their historical roots.

The president said Hungary was the first country to sign a strategic partnership agreement with Kazakhstan, which he said had proved that the two countries understood each other and strived for closer cooperation. Tokayev underlined the importance of the work of the strategic council and the intergovernmental mixed committee. The Hungarian delegation due to arrive in Kazakhstan at the end of the month, he said, would “give new momentum to trade and economic relations and take bilateral investment cooperation to a new level”.