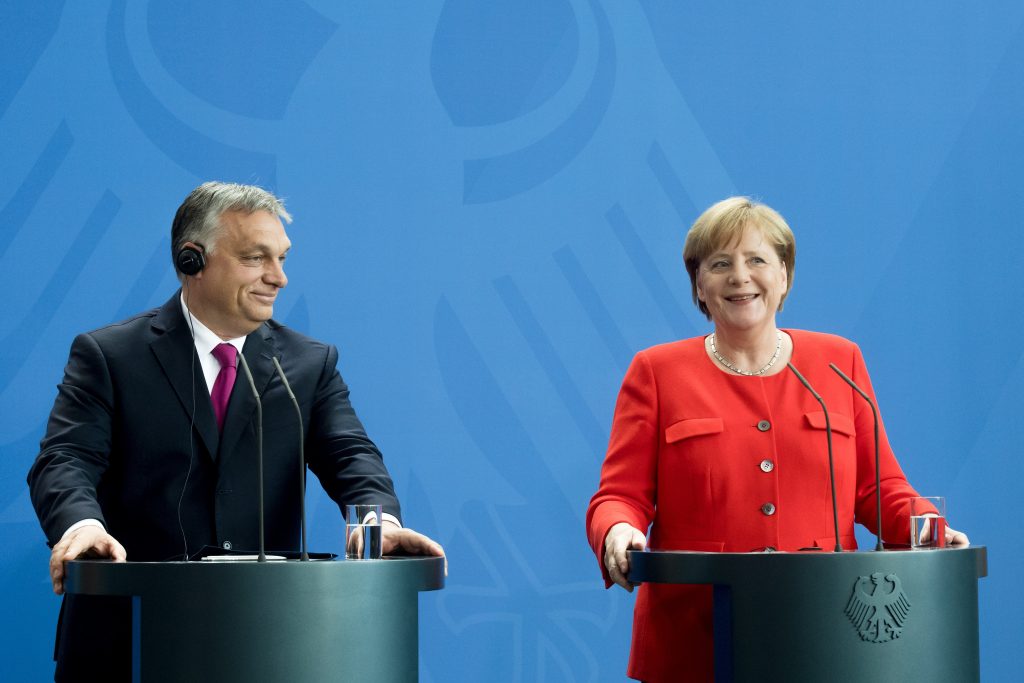 Hungary is taking a big burden off Germany’s shoulders by preventing anyone who enters Hungary from sidestepping the law, Prime Minister Viktor Orbán told a press conference held jointly with German Chancellor Angela Merkel after talks in Berlin on Thursday.

Orbán said Hungary had built a fence along its southern border to “regain control over its own territory”. He said a legal dispute was emerging around claims that the first point of entry for migrants to the EU was not Hungary but Greece, adding Hungary’s standpoint is that Germany should send migrants back to Greece. “We’re ready for that long-term dispute,” he said.

He said Hungary felt wronged to be accused of lacking a sense of solidarity when it went to great lengths to protect the EU’s southern border. Fully 8,000 armed people protect the southern border 24 hours a day. Migrants would immediately make their way to Germany otherwise, he added. Every day, 4,000-5,000 migrants would arrive in Germany were there no effective border controls, Orbán said, adding that this amounted to Hungarian solidarity.

“Our borders will remain protected in the future, too.”

He added that it was a strategic goal for Hungary to “protect Europe so that its internal markets continue to operate smoothly”.

Orbán said Hungary “sees the world differently” from Germany. Hungary’s view is that giving aid to migrants makes them conclude they are welcome to come over, he said. So help must be given at the point that it is needed, he said.

“We don’t want to import problems.”

“This is a difference in approach”, he said, adding, however, that this difference would not hinder cooperation.

As regards bilateral economic relations, Orbán said Hungary was building a labour-based economy with a view to reaching full employment. Hungary’s cooperation with Germany is especially helpful towards achieving this goal, he added. Bilateral investment and trade figures are “fantastic”, he said, adding that he and Merkel had discussed how to keep up this level of cooperation. Hungary and Germany will set up a working group with a view to intensifying bilateral cooperation in the area of innovation and technology, he said.

Trade turnover between the Visegrad Group (V4) countries and Germany is 50 percent more than Germany’s trade volume with France, Orbán said. “There’s a new reality unfolding before our eyes,” he said, arguing that the future of Europe’s economic growth lay in German-V4 cooperation. He said the two countries were in full agreement that both were interested in imposing the lowest possible tariffs. 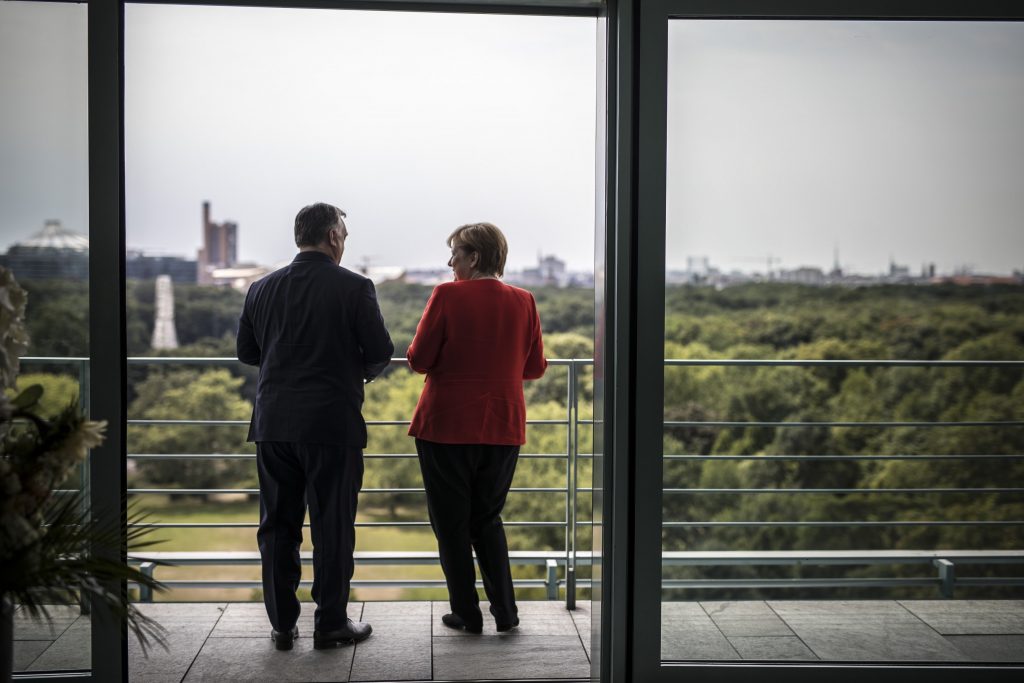 In response to a question, the prime minister said a central European NATO command headquarters would be set up with German help, adding that Hungary was also in talks with other member states about its establishment. Hungary has signed framework agreements with German companies in connection with the modernisation of its defence forces. Cooperation between the two countries will be continuous, Orbán said.

On another subject, the prime minister noted that Hungary is the only non-German-speaking country which provides German-language education from kindergarten all the way to university. Hungary has a number of ethnic German kindergartens and schools, as well as German-language universities, he noted. The influence of these universities should grow and their activities should be expanded, Orbán added. The prime minister thanked Germany for its cooperation and its decades-old friendship.