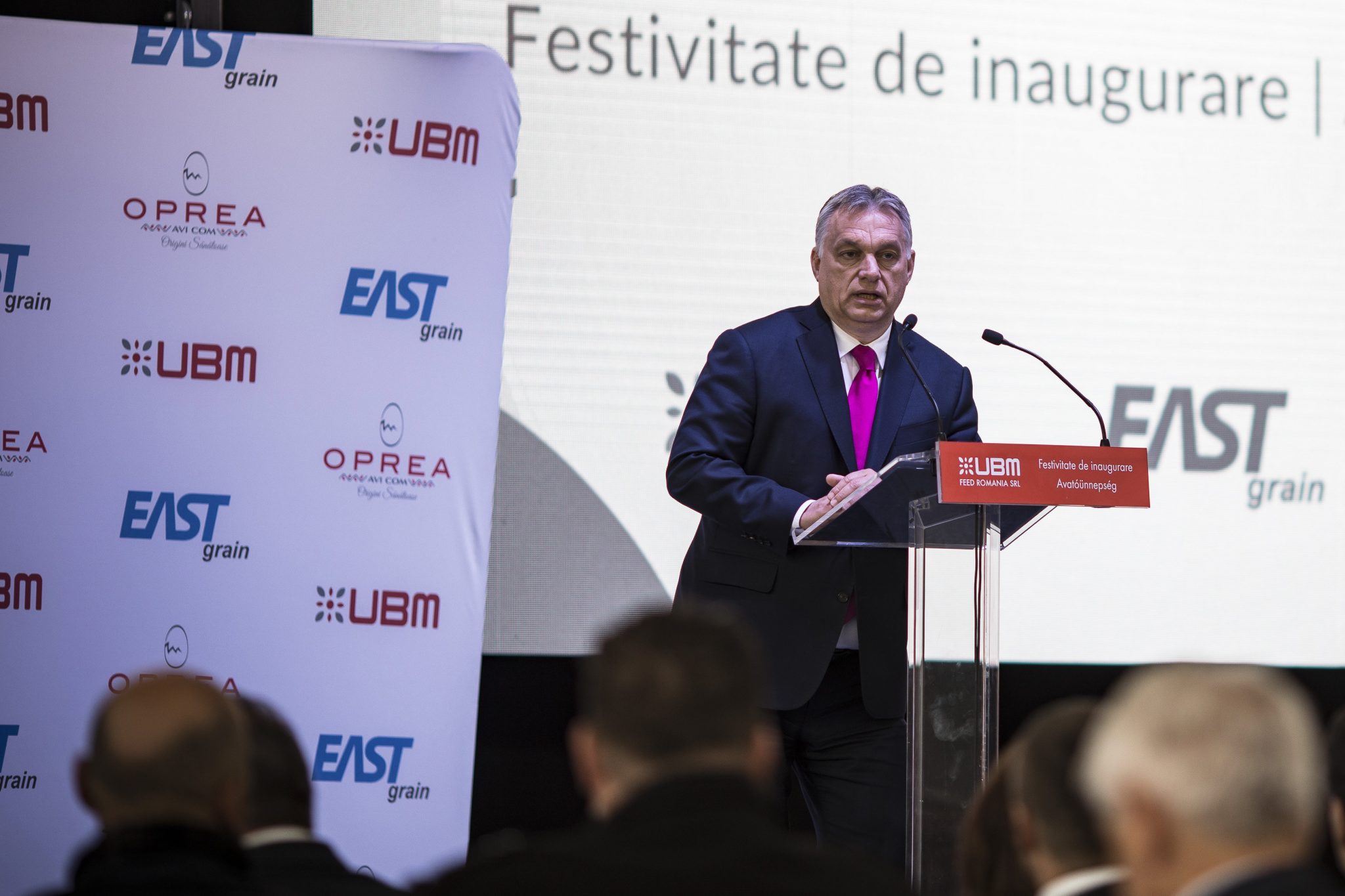 Hungary is working to strengthen cooperation in central Europe, Prime Minister Viktor Orbán said on Friday in Kerelőszentpál (Sanpaul), in central Romania, adding that “all that cooperate with the Hungarians” will benefit.

Addressing the opening ceremony of a fodder plant built by UBM Feed Romania, Orbán said that Hungary has developed excellent economic cooperation with Serbia and Slovakia, and “the lag in Hungary-Romania ties could also be fixed”.

Central Europe is made up of nations and the realisation can no longer be delayed that these peoples have a shared destiny, they are linked by shared interests and they must choose the way of cooperation”

Orbán called for more infrastructural links, motorways and railway services, between Hungary and Romania, and said that talks with the Romanian government were under way. A high-speed railway is needed between the two capitals, which would also provide economic benefits for Kolozsvár (Cluj), Orbán said.

Referring to the importance of the upcoming European parliamentary elections, Orbán said the region needed European leaders and deputies who “will stand up for Hungarian, Romanian, and central European interests”.

Closing his speech, the prime minister encouraged voters to cast their ballot in the election and “be a part of Europe and use its opportunities”.

Hunor Kelemen, head of the ethnic Hungarian RMDSZ party, called the Hungarian government an ally and said that “where there is an alliance, there are common causes and shared achievements”.

Kelemen welcomed the new plant, built at a cost of 15 million euros, and said that creating new jobs was a way of helping a community survive and prosper.