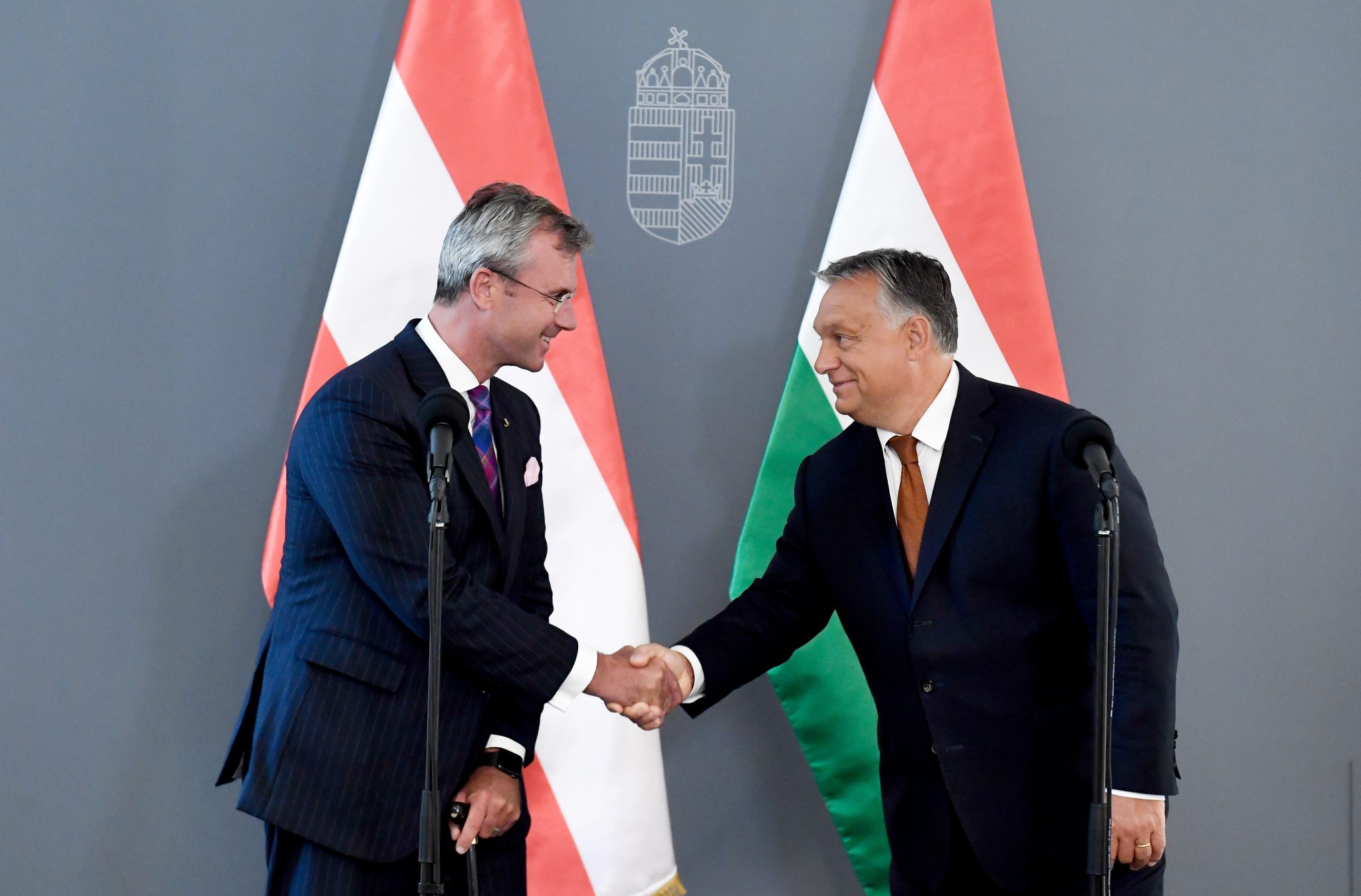 Hungary has a vested interest in Austria’s continued rejection of “all forms of terrorism and political Islam”, and its help in defending Europe from migrants, Hungarian Prime Minister Viktor Orbán said on Tuesday after meeting Norbert Hofer, the head of the Freedom Party of Austria (FPÖ), in Budapest.

At a joint press conference with Hofer, Orbán said he hoped that Austria would have a stable and strong government after the election scheduled for the end of September.

However, in no way wanted Hungary interfere with the Austrian election, Orbán said. “Austrian citizens should be able to decide about Austria,” he said.

He called Austria a historic and strategic partner of Hungary, saying that Austria’s success was in Hungary’s interest.

Orbán praised the FPÖ’s work as a ruling party, saying that inter-governmental relations were excellent, “it turned out we thought similarly of a great any issues”. The current talks confirmed that agreement, he said.

He wished the FPÖ a “successful campaign and that it successfully forms a government”. He also said Austria should remain “a stable and great partner of Hungary”.

Hofer said he trusted his party would prevail in the election and that “fruitful cooperation with Hungary will then continue on inter-governmental level”. He said “defence against political Islam” was a priority.

He said Hungary was developing by leaps and bounds “in every sector”. A great number of Hungarian companies operate in Austria, and many Hungarians work there, making the two countries’ cooperation “very intense”, he said.