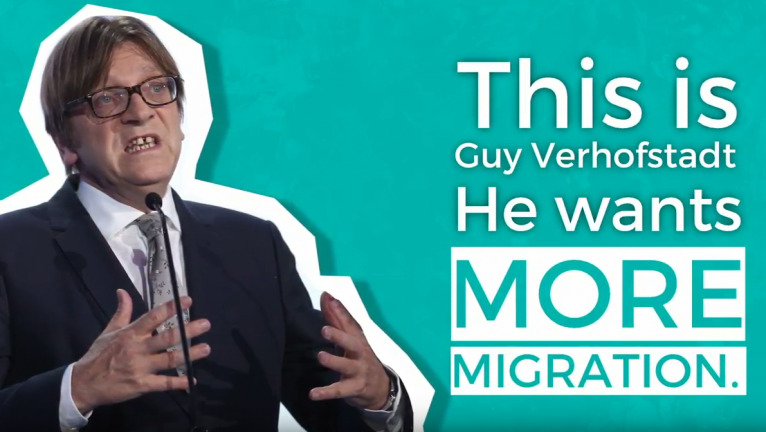 According to a new video released by the Hungarian government, “It’s time to shake up Brussels.” The video, recorded in English, was first shared on social media by government spokesperson Zoltán Kovács who asserted that the government will continue to produce these videos in retaliation to the “attacks on [the] country.”

You can watch the first thirty-five seconds below. The main aim – according to Kovács – is “to make it clear to the European public that we do not want to be a migrant country.”

The video claims that many migrants have arrived in Europe since 2015, causing increased crime and hundreds of attacks on Europe. It also alleges that Verhofstadt wants more migrants. In support of this, a half-sentence snippet of Verhofstadt saying “we need migration” was included in the video. In the future, similar videos commissioned by the Hungarian government will appear in English.

Verhofstadt reacted to the video on Twitter, saying “Orbán launches new manipulated video attack.” He also shared a link to his speech – which was recorded and uploaded four years ago – in its entirety.

In the video, the Belgian politician discussed how the European Union could go about reforming its migration system by following in the footsteps of Canada, the US and Australia. This is the complete version of the inflammatory snippet used in the video: