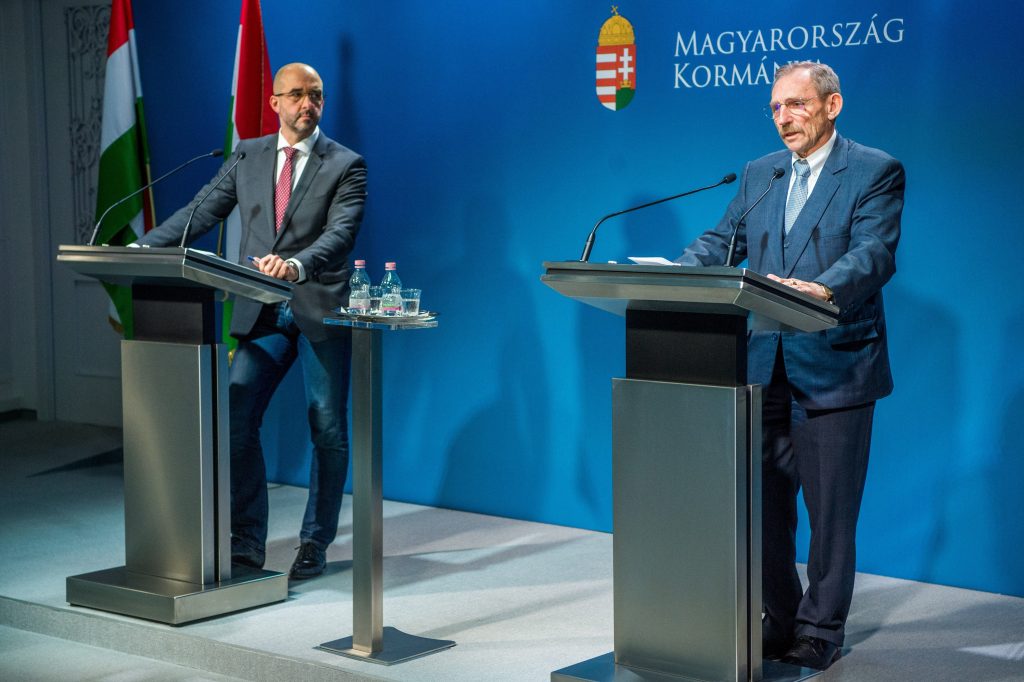 At a press conference on Wednesday, Minister of the Interior Sándor Pintér announced that the ruling Fidesz-KDNP government is proposing a series of laws designed to penalize supposed “promoters of illegal migration.”

The package, which Fidesz has chosen to refer to as “Stop Soros” laws, would require persons and NGOs that the Orbán government claims are somehow encouraging illegal migration would be required to share data with the authorities, and would have to pay a 25% tax on donations from abroad.

This latest move comes on the heels of recent revelations that the Orbán government had quietly granted asylum to about 1,300 refugees last year, which has caused a huge stir in Hungarian domestic politics due to the fact that this seemingly undercuts the Orbán government’s longstanding rhetoric regarding the “dangers” of migrants.

In the past two years alone, the Fidesz-KDNP coalition has launched several major campaigns around the issue of Europe’s migrant and refugee crisis. The first was a lengthy billboard campaign in 2016 that culminated in a referendum on the EU’s refugee-resettlement quota plan, a vote whose turnout was too low to be deemed legally valid. This was followed in Spring of 2017 by a “National Consultation” questionnaire titled “Let’s Stop Brussels!”, which was likewise targeted at the EU’s migration policy. Similarly, last fall’s controversial “National Consultation” on the so-called “Soros plan” was similarly focused on the question of migration, with a particular focus on the supposed plans of Hungarian-American billionaire George Soros.

In reaction to this portion of the proposed laws, several pro-government news outlets have begun circulating commentary that this could lead to George Soros being banned from Hungary, as he reportedly lacks a passport or other documents which could “prove” his Hungarian citizenship.

Concerning details of the proposed legislation, Pintér said that those “contributing to illegal migration” would be required to share information with a law court, which would keep “accessible” records of the data shared.

As Politico pointed out in its coverage of the proposed laws,

Such a move could limit activists’ and journalists’ access to the country’s southern border with Serbia. Two container camps for asylum seekers along the border, called transit zones, have triggered alarm among European policymakers and humanitarian organizations. Reports of Hungarian police violence toward asylum seekers along the border have also sparked concerns over the past year and a half.

It is unclear how these laws, if passed, would hold up in court, as the proposal to ban certain Hungarians from coming within 8 kilometers of the country’s Schengen zone border would seem to directly contradict European Union laws and fundamental principles related to the free movement of peoples. 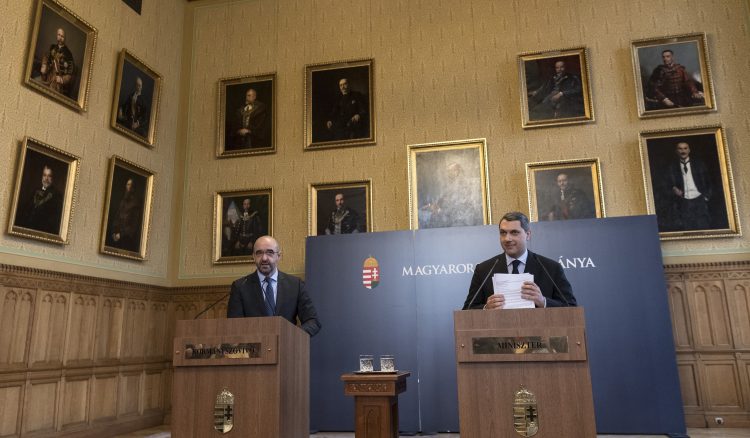 Speaking at a press conference on Thursday, János Lázár, head of the Prime Minister’s Office (PMO), said that Parliament is expected to vote in February on the so-called “Stop Soros” laws.

Lázár said that the Orbán government “believes it important that organizations that support and organize illegal migration, and receive funding from abroad, should operate transparently.” He added that, in addition to forcing such organizations to register their activities and pay an additional 25% tax on donations received from abroad, these groups

could be subject to a restraining order with possible identical consequences to a ban.

Taking a swipe at George Soros, the PMO Chief claimed that, since the planned law will apply only after it enters into force, this will give the Hungarian-American financier “an opportunity” to stop financing illegal migration into central Europe, a charge that Soros has repeatedly and vehemently denied as mere slander and propaganda on the part of Fidesz.

Turning to the controversial news that Hungary gave asylum to nearly 1,300 people last year, Lázár spoke of refugees and migrants in a way that was unusual for a member of the Fidesz government, which has launched several billboard campaigns, “National Consultations,” and a referendum on stopping what Viktor Orbán recently referred to as “Muslim invaders.” In particular, the PMO Chief claimed that Hungary gave asylum to these people because “we help those who are in trouble.”