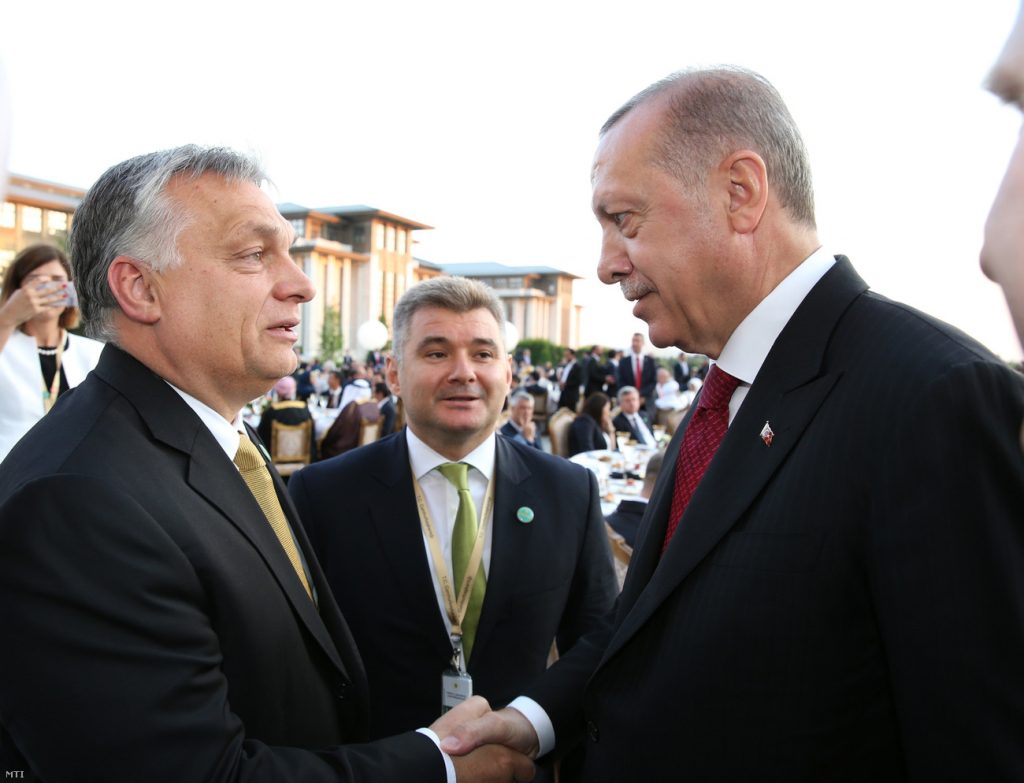 Several heads of state and government were in attendance Monday evening, including Russian Prime Minister Dmitry Medvedev, former Italian PM Silvio Berlusconi, and Serbian President Aleksandar Vučić.  With the exception of the Bulgarian president, Orbán was the only leader from the European Union to attend the inauguration.

While Orbán respects and views the Turkish president as a major ally, the majority of the European Union has a different opinion. Erdogan insists that a powerful executive presidency is vital to drive economic growth, ensure security and safeguard Turkey from war encroaching on its southern border; according to critics, he has turned the country into a one-man show by attacking freedom of the press, threatening opposition with imprisonment, and amassing dictatorial powers.

According to Index, in September Orbán will once again pay an official visit to Moscow to meet with Russian president Vladimir Putin. Unofficially, however, the two will probably meet earlier; according to government-funded daily Magyar Idők, Orbán will fly from Istanbul to Saint Petersburg today. At the end of his visit on Sunday, he is likely to attend the final of the World Championships where Putin is also expected to make an appearance. Orbán and Putin met in August of last year when the Russian president arrived for the 2017 World Judo Championships. In addition, the foreign ministers of the two countries meet even more frequently; Hungarian Foreign Minister Szijjártó and Russian Foreign Minister Sergei Lavrov met in May, in addition to four other times over the course of last year.

As reported last week, PM Orbán traveled to Germany for talks with Chancellor Angela Merkel. Unsurprisingly, the talks focused on migration, border control, and defense. Compared to previous years, Orbán was in a better position due to the growing pressure Merkel faces in domestic politics.

As noted by Index, Orbán considers Hungary’s continual existence and geopolitical situation to be a result of existing within the Berlin-Istanbul-Moscow triangle. As a result, Orbán asserts that Hungary can’t afford to pursue hostile foreign policies with these countries.

featured image via Presidency of the Rep of Turkey/ MTI