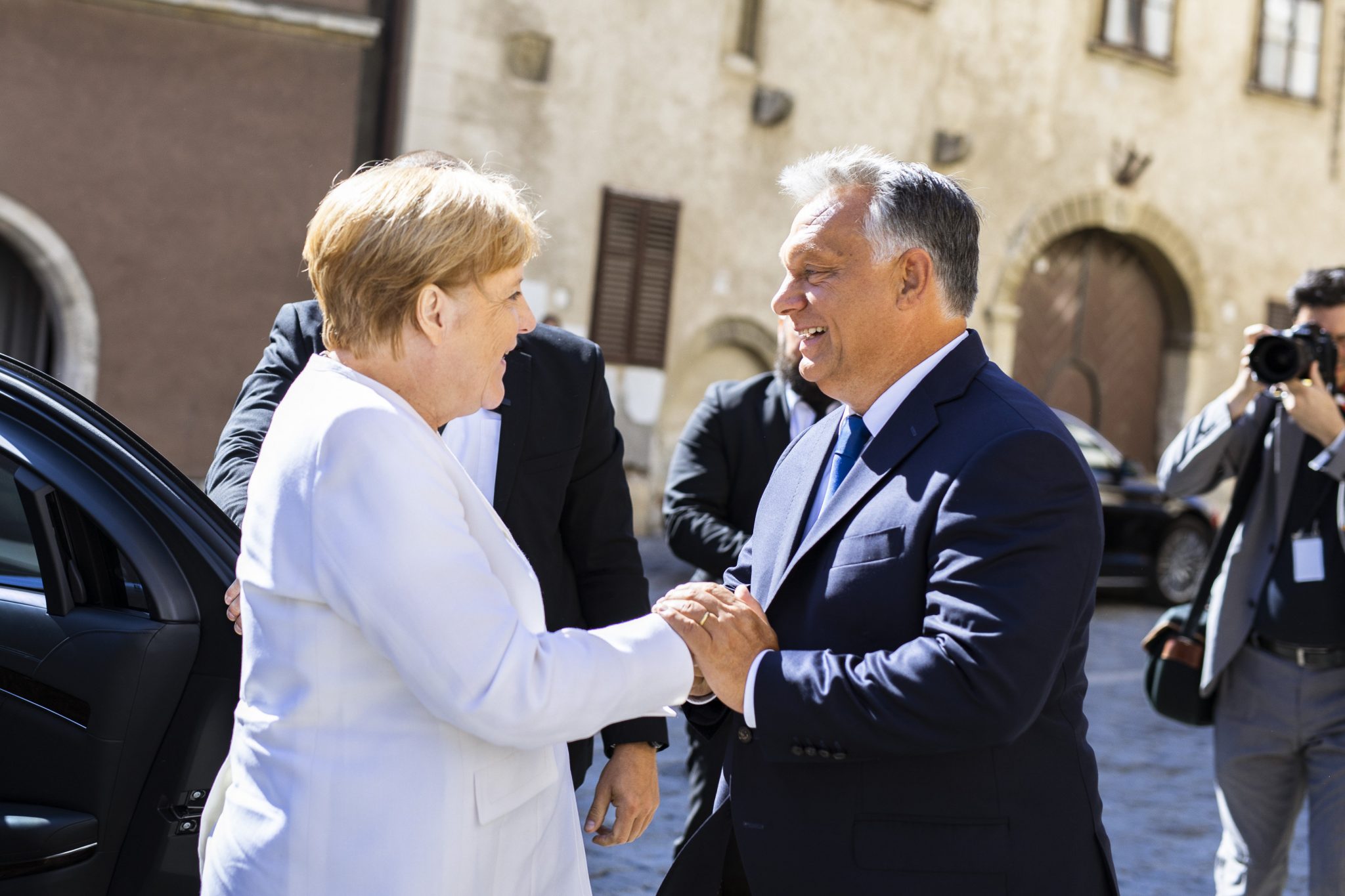 Prime Minister Viktor Orbán on Monday said that even at times when the continent was divided “we knew there was always only one Europe,” at an ecumenical service commemorating the 30th anniversary of the Pan-European Picnic, a pivotal event in the fall of communism in 1989.

“We believed in it [the reunification of Europe], and it was reunited. It was reunited because of our faith,” Orbán said at the service held in western Hungary’s Sopron and attended by German Chancellor Angela Merkel, Hungarian Foreign Minister Péter Szijjártó and other dignitaries.

Orbán said that “if we continue believing in it”, the unity of East and West will be preserved and Europe remains a prosperous home to Europeans.

Orbán said that Sopron has a “special place in Hungarians’ hearts” as the city that pledged itself to Hungary by referendum when the country lost large territories after World War I. The people of Sopron, “and our East German friends”, broke through the fence separating Hungary from the free world thirty years ago, he said.

Hungary has always promoted the reunification of Germany as a stepping stone for both countries into NATO and the EU, Orbán said.

The prime minister noted that August 20 is the memorial day of Saint King Stephen, Hungary’s first king who converted Hungarians to Christianity. His decisions to “ingrain” Hungarians into Christianity, to request a crown from Rome and take a Bavarian wife, have defined the country ever since, Orbán said.

Orbán called Merkel’s visit a great honour. He said Hungarians have great respect for the chancellor who has led the largest and strongest country in Europe for 14 years. She has also laboured to ensure cooperation among European nations and the reunification of Europe, he said. Since Europe comprises of free and independent nations, European unity “is never completed”: it has to be recreated time and time again, he said.

In Hungary, “we tip our hats before hardworking and successful ladies”, he said, wishing Merkel further success, the respect of her nation and of Europe.

At the service, Bishop Péter Erdő said in his homily that the fall of the Iron Curtain and the Berlin Wall have brought an era when European nations could meet freely across ideological differences. It has also brought greater freedom of religion and a possibility for people to know each other better and to foster respect for each other, he said.

Held on August 19, 1989, on the Austrian-Hungarian border near Sopron, the Pan-European Picnic was a demonstration of peaceful coexistence between Austria and Hungary. The border crossing was opened for three hours, allowing nearly 1,000 East Germans to flee to the West. The picnic was one of the events that contributed to the opening of the borders and the reunification of Germany.