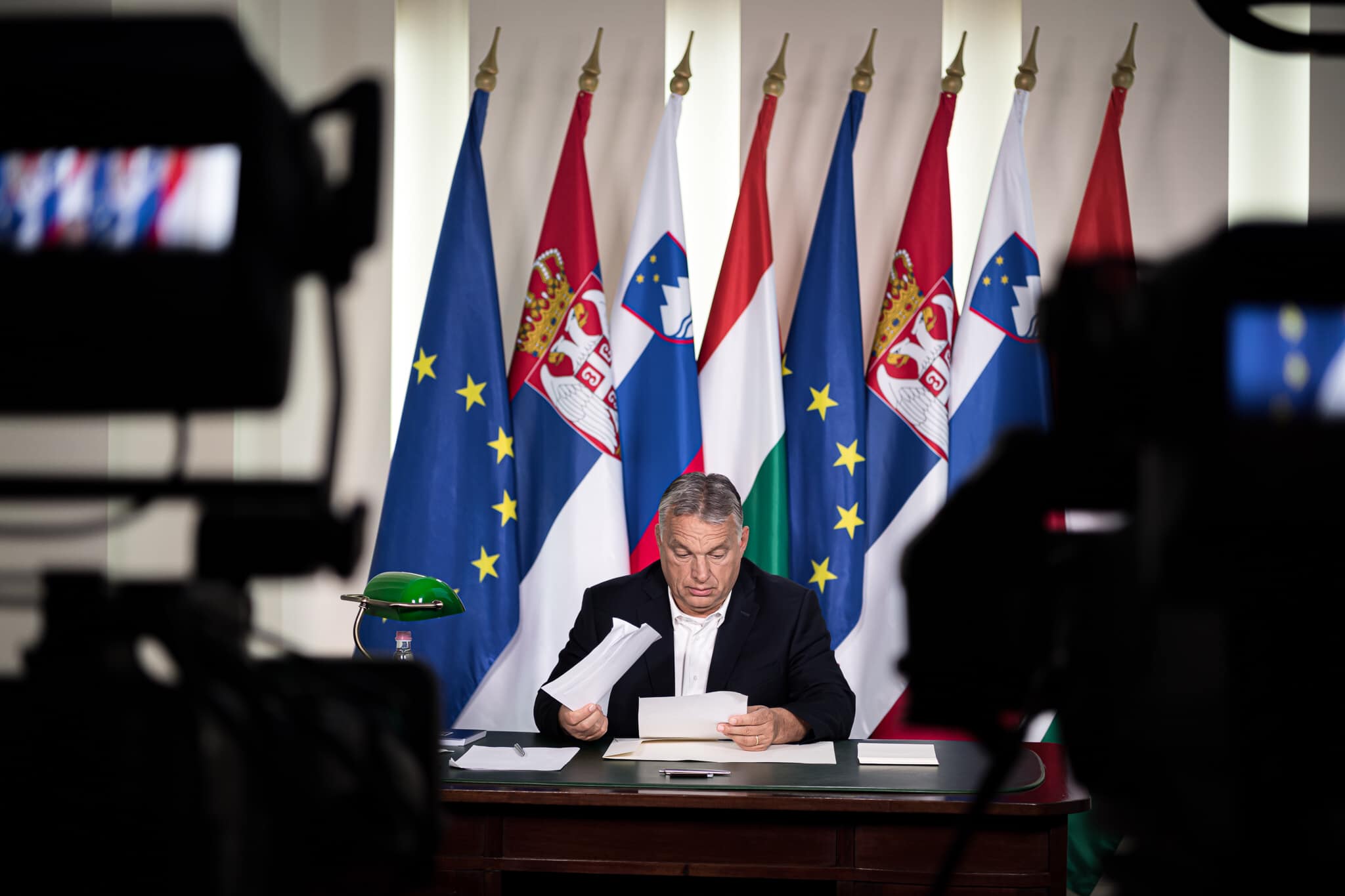 The European Union needs a strategy for dealing with emerging problems, Prime Minister Viktor Orbán said at an online international conference on Wednesday.

Orbán told the Europe Uncensored conference that in times of crisis the EU had reacted to unfolding events tactically rather than following a strategic approach. Proactive and strategic thinking is needed, he said, adding that the challenges included strengthening the bloc’s economic performance and competitiveness.

The prime minister said that hopefully the European People’s Party would drive the development and implementation of a new European strategy.

Orbán said Europe was “in retreat”, arguing that the continent was underperforming in terms of its reproduction rate, defence spending and its weight in the global economy.

Furthermore, he said, the balance of power in Europe had shifted, pointing out that 30 years ago the French-German axis had been the dominant force, while Britain had represented the Europe of nations. This provided a balance that remained intact even when the central European countries joined the EU, he said.

But today France is in serious debt, the United Kingdom has quit the bloc and Germany is again the strong member state everyone looks to for solutions “whenever things get tough”, Orbán said. “This is the new reality of power in Europe.”

The prime minister said Europe had experienced three major crises in the recent period, which he said were the financial crisis, the migration crisis and now the coronavirus crisis. All three of them had been managed differently on the two sides of the continent, he added.

During the financial crisis, western Europe aimed to save the welfare state while central Europe, especially Hungary, “responded with a labour-based society”, he said. When it came to the migration crisis, the West saw immigration as the solution to its demographic woes whereas central Europeans did not want to take on the problems of other civilisations, Orbán explained.

Another problem, he said, was that while Europe was incapable of resolving its own issues, it wanted to solve the problems of the world and tell its international partners how to run their countries.

“This practice has to end and we must go back to the approach of Europe concentrating primarily on solving its own internal problems before giving advice to others,” Orbán said.

The prime minister said the ongoing debates within Europe involved the clash of two conflicting visions. One, he said, was “the liberal, leftist, progressive, semi-Marxist approach that supports multiculturalism and migration.” This vision, he added, was “anti-family and against nations and nation states, and considers Christian social teachings irrelevant.” He described the opposing vision as one founded on “our inherited Christian culture”. This, he said, was anti-communist, committed to the concept of the family and saw national identity as an asset.

The prime minister said he believed the only way to keep Europe united alongside these differences was for western Europe to accept and respect the differing views of central Europe without trying to force its own views onto the region. The fundamental condition for keeping Europe united is that “central Europeans cannot be told how to live their lives”, he said.

Orbán to Michel: More Funds to Rich States Would Go against EU Values

As regards the bloc’s next seven-year budget, Orbán said the EU budget had been “a success story for the past 30 years”, pointing out that although there had always been disagreements, the member states ultimately always found a solution that worked for everyone. “The same kind of compromise needs to happen this time, too.”

As regards the planned Next Generation EU fund, the prime minister said the name of the proposal should be taken literally, arguing that the loan that constitutes the fund would have to be paid back by the bloc’s next generation.

Hungary does not like to manage crises by borrowing, Orbán said, adding, however, that this approach would have to be accepted in the interest of aiding the member states facing financial hardship. The funds should be distributed fairly and flexibly, he said, adding that he expected negotiations on the matter to be “tough”.

Orbán praised the conference’s other two speakers, Serbian President Aleksandar Vucic and Slovenian Prime Minister Janez Jansa, calling them “great patriots” who had “devoted a lot of energy to the struggles for the freedom and sovereignty of their nations”. He said that while there were many politicians in leadership positions in central Europe who had played an active role in reshaping Europe and dismantling communism, the only such leader in western Europe was German Chancellor Angela Merkel.