Orbán told the congress ahead of a vote on the lead candidate for the post of European Commission president. The “accession of central European nations have made Europe more peaceful, stronger and richer”, he said. The continent’s strength has always been based on strong nations, he said.

Orbán accused the liberals, socialists and greens of wanting a rootless Europe devoid of its spiritual and psychological identity. “Our vision is a Europe with 27 faces, one that is Christian and democratic simultaneously.” He called the EPP “a party of victors” which preferred keeping its feet on the ground rather than championing world-redeeming ideologies. “By now, however, the situation has changed,” he said. Over the past few years, the EPP has given the leadership of Europe, so it has to take responsibility for “failure to keep Britain in the union and the migrants outside it.” While in 2011, sixteen member states were governed by EPP parties, now that number is down to six, he said. “No wonder our confidence has been shaken.” 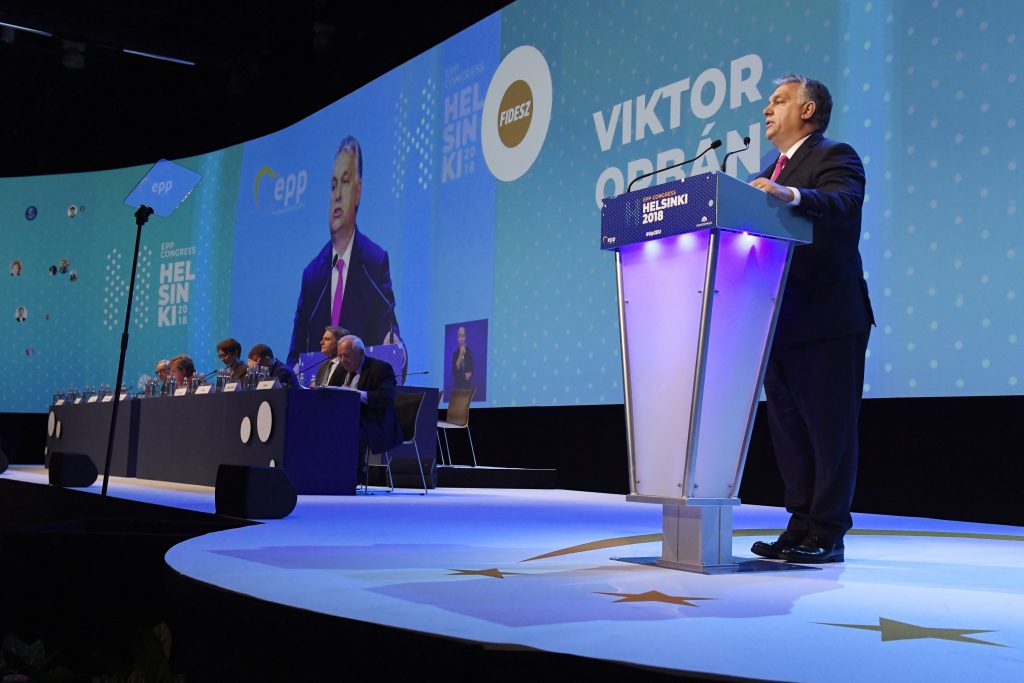 “To return to the path to victory”, the EPP should restore its unity, find its roots again and proclaim the “renaissance of Christian democracy”, the prime minister said. “Absurdities like praising Fidel Castro or Karl Marx should be forgotten,” he added. Orbán warned that the EPP should not heed its adversaries and should not accept the standards of the left and the liberal media. “If we try to live up to their expectations, we are doomed to fail,” he said.

The prime minister emphasised that the EPP should appreciate its successes. “Those who do not value their victors deserve failure,” he said. As the European elections are won in the member states, “the EPP as a victors’ party needs victorious prime ministers,” he said. 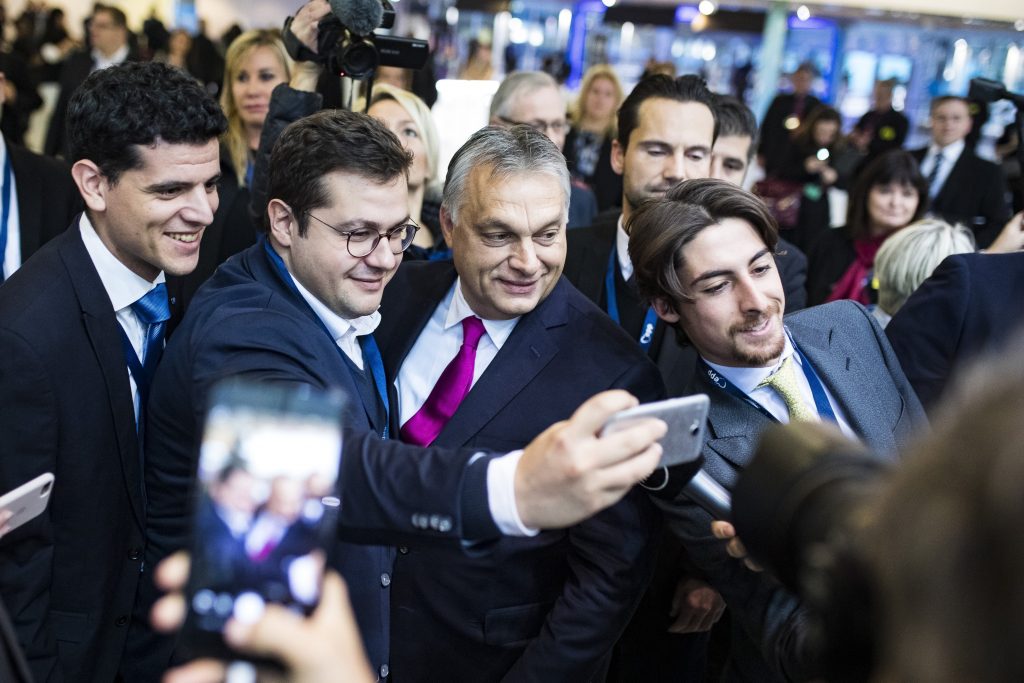 The key to success is to take the side of the people, Orbán said. “Let’s protect them from illegal migration, terrorism, crime and economic hardship,” he said.

Let us once again put the old slogan on the banner: [a government] of the people, by the people, for the people”

Orbán said that ruling Fidesz backed Manfred Weber, EPP’s incumbent parliamentary leader, as lead candidate for EC president. He thanked Weber for visiting Hungary during its election campaign earlier this year. “We respect you as a man who knows when it is time for controversy and when for unity,” he said.

Orbán noted that Friday will be the anniversary of the fall of the Berlin Wall. “We, the states thrown into the claws of the Soviet Union . knew that we can only regain our freedom in a united Europe,” he said. The Fidesz party was born in the fight for that reunification, in 1988, and invited to the European People’s Party by German Chancellor Helmut Kohl, “who understood that members of a family are always united, even if they disagree,” Orbán said.