Orbán: EPP not Important, Only Fidesz to Find its Place after Elections 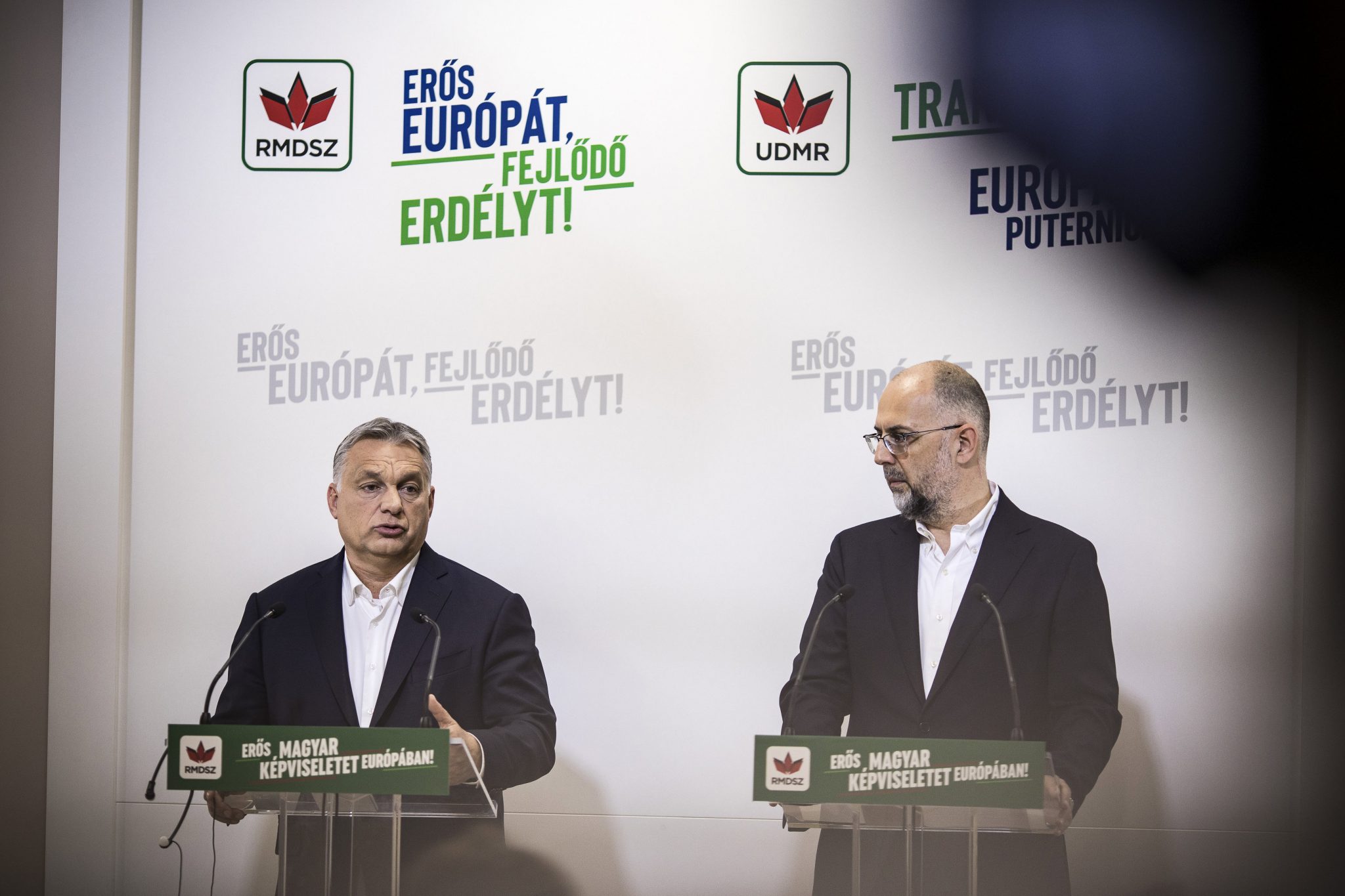 Speaking at a joint press conference with Hunor Kelemen, Orbán urged ethnic Hungarians in Romania to vote for RMDSZ’s candidates to ensure a stronger representation of Hungarians in Brussels. He said he was optimistic about the election about both his Fidesz party and RMDSZ having “good chances”.

Asked about Fidesz’s membership in the European People’s Party, Orbán said that it was Fidesz that had suggested that it should not exercise its voting rights in the EPP as long as open issues are settled. “We suspended our participation,” he said, and added that “we are not going to wait for the EPP to make a decision, but will go ahead and make one on our own”.

“What matters is not the EPP, but where Fidesz will find its place to appropriately represent Hungarian interests in a new European political situation following the election,” he said. Fidesz’s decision will fundamentally depend on the direction in which the EPP decides to go, he added.

Orbán said the EPP was preparing to enter into a strategic alliance with the European Left. This was unacceptable, Orbán said, and argued that “the entirety of the European Left has adopted a pro-migration stance”. Meanwhile, he said, stopping migration was the most important issue in central Europe. Orbán said this was the dilemma that would have to be resolved after the election.

The EPP, he suggested, should follow Austria’s model, in which an EPP member made a coalition with a party on its right and “they are governing that country well”.

EPP Politicians React to Orbán Backing Away from Weber

On another subject, Orbán said that bilateral ties with Serbia and Slovakia were “very good” but added that “it cannot be said about Hungary-Romania relations”. Hungary has recently made “spectacular progress” and the country “uses its increasing economic prowess to improve neighbourly relations”. That is why the Hungarian government has signed several agreements and launched joint projects with Serbia and Slovakia, he said. He voiced hope that a “similarly confidential” relationship could be developed with the Romanian government in the interest of meeting shared goals. He thanked Romania for its “excellent controls” over the EU’s external borders, and said that Romania has demonstrated that it is worthy of becoming a member of the Schengen system.

Concerning migration, Orbán said that “those that make it clear that migrants should not cross the sea without permits and registration will save lives”. Since Italian deputy PM Matteo Salvini has warned against leaving Africa, the number of migrants and lives lost at sea “has radically decreased”, Orbán said. “This policy has saved more lives than another luring migrants to set off,” he added.

Speaking at the joint press conference with Orbán, RMDSZ head Hunor Kelemen stressed the importance of Transylvania Hungarians being present in the EP. He said both RMDSZ and Fidesz were involved in a campaign, adding that it was natural for the two parties to assist one another.
The RMDSZ leader said strong Hungarian representation in the EP was in the interest of all Hungarians, arguing that the EU was on the verge of changes that concerned all of its citizens. “A smart person will try to influence change,” he said.