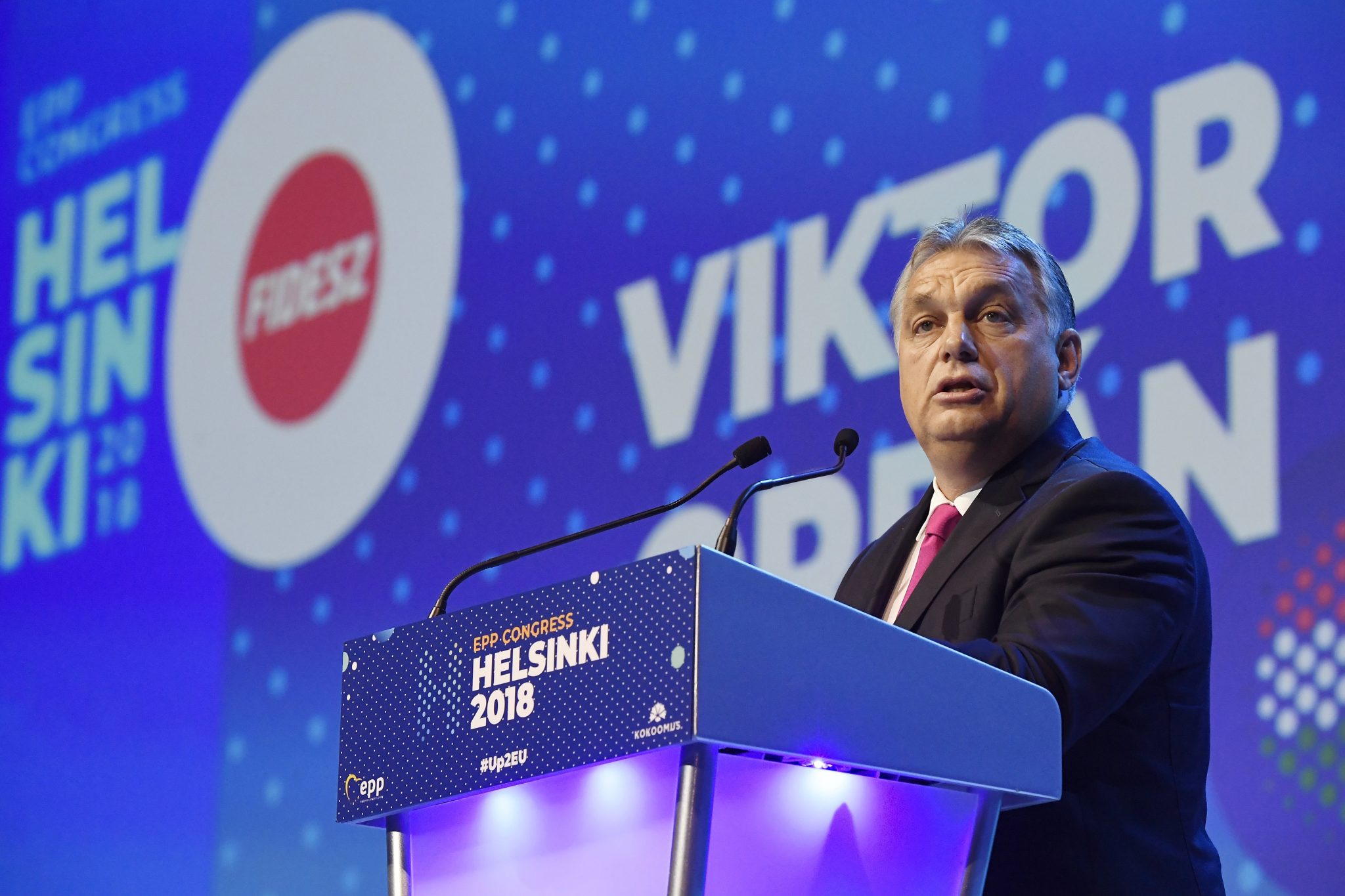 In his interview, the prime minister insisted that those forces seek to “turn the whole EPP into an international pro-migration organisation” while “the Hungarians want to thwart that”.

“No compromise is possible when it comes to migration and protecting Christian culture,” Orbán said. “Christian culture is an asset… we don’t want to become a mixed country, we want no migration, we want to preserve our security and through our family policy we will be able to ensure Hungary’s biological future without migrants,” he said.

“Some” parties within the EPP wish to “build a Europe with a mixed population and bring in migrants” whereas others including Fidesz “want to preserve Christian culture and protect borders”. Hungary was the first to prove that migration can be stopped, and that is why “we are now in the focus of debates,” he went on to say.

We have several options; Fidesz will decide whether they are within the EPP or outside

The prime minister said he has recently had talks with European Commission President Jean-Claude Juncker and EPP group leader Manfred Weber, and added that he would visit Poland on Sunday to attend a celebration of Poland’s NATO membership anniversary.

Orbán said he was seeking to “change, reform” the EPP so that “it also embraces anti-migration forces” but said that

The Hungarian Prime Minister added that

If it turns out that we need to come up with a new initiative in Europe, the first place we will have talks is Poland

Orbán noted that Poland’s Law and Justice party is not a member of the EPP.

Concerning his proposal to set up an interior ministers’ council for the Schengen zone, Orbán said that “since the European Commission has not been able to cope with migration”, relevant decisions should be “returned to the nation states which can resolve the problem”. Under the proposal, the new council with new authorisations would ensure protection of the Schengen borders. He added that if the interior ministers had been in charge of issues around migration in the past 3-4 years, “Europe would now be a more protected, safer place”.

Orbán insisted that a population boom outside Europe, wars and the climate change will make “millions, later tens of millions of migrants” find a new life elsewhere. This challenge will “determine the life of the next generations,” he added. He went on to say that

if we close our eyes, we will end up as those in the West

where migrants have now become voters and “Europe’s Left is now serving their interests”.

On another subject, Orbán said that Europe today is “a continent of empty cradles”, a problem which the Hungarian government seeks to resolve “through Hungarian children rather than migrants”. Hungary needs to be made “a family-friendly country” building once again “the good peace times”, he added.

Four components of the government’s recent family support programme will start on July 1, Orbán said, adding that further components exempting mothers with four children from the personal income tax and extending the maternity allowance to grandparents will take effect on January 1 next year.

Orbán dismissed critical remarks concerning the family assistance programme and said that “one thinks as if we were sane but not everybody else”. “The regular trend in life is that one has a father and a mother, who raise him, teach him a lot of things, and then he will start his own family later on – that is (the ideal) I am trying to promote”.  Orbán added that