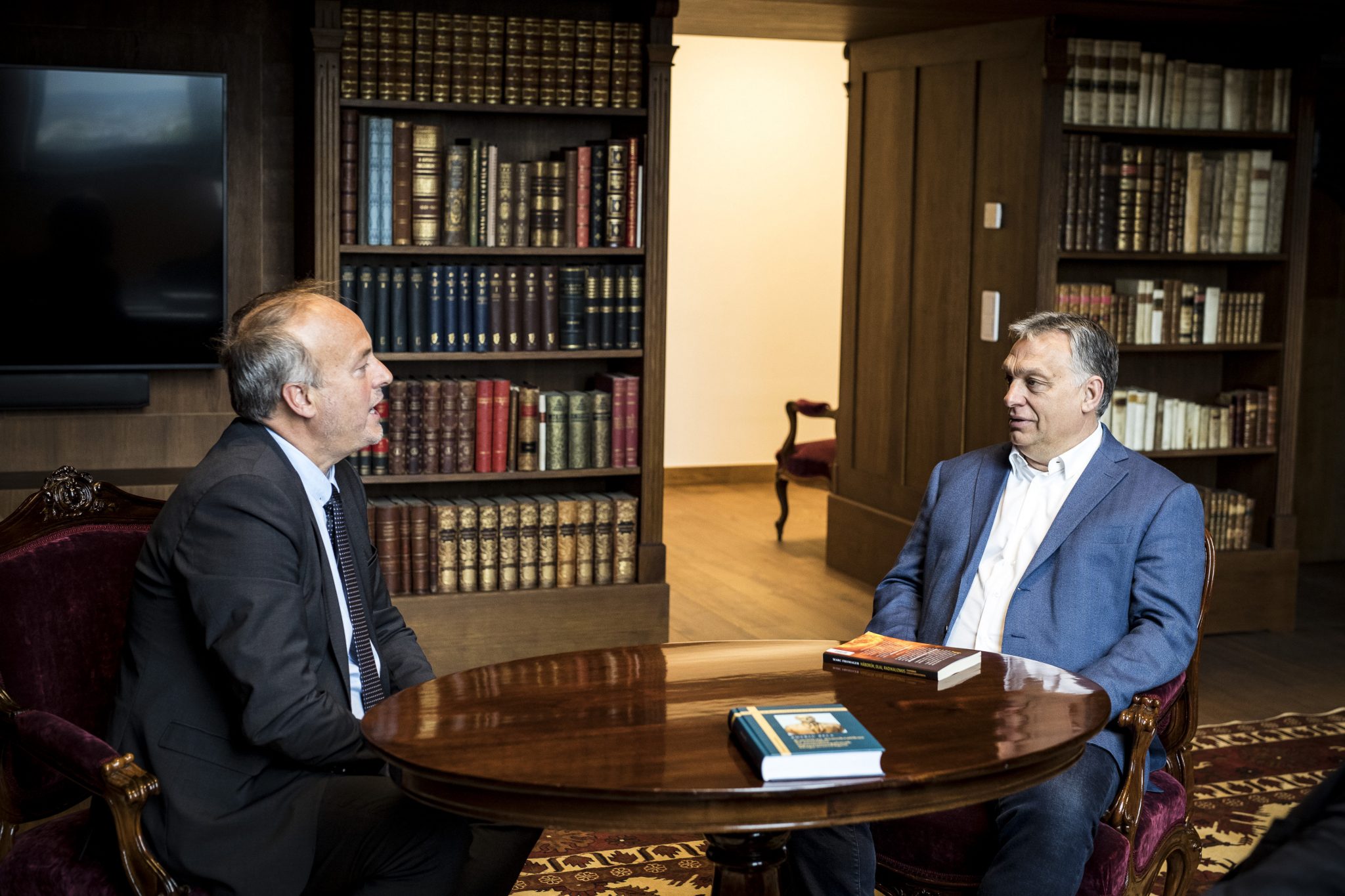 Prime Minister Viktor Orbán on Wednesday met Marc Fromager, the director in France of the Aid to the Church in Need organisation, the prime minister’s press chief said in a statement.

Orbán and Fromager agreed that western Europe’s migration policy involves “importing the problems of the Middle East that accompany migrants”, the statement said, adding that France had already “lost areas” where “the law is now what Salafi preachers dictate”.

Each country should approach migration according to its own circumstances, Fromager said, insisting that “the media and Brussels are trying to foment a sense of guilt in Hungarians”. French people are becoming “increasingly suspicious” of the media and are concerned about the “invasion of migrants” and will “easily understand that Hungarians are entitled to protect their own borders”, he said.

Orbán and Fromager also agreed that “the best kind of Christian help” is to work to create peace in conflict areas. War refugees in camps along the borders of their homelands will have a chance to return, while “they will never return from Europe”, they said.

Concerning Europe’s demographic crisis, Orbán and Fromager agreed that western Europe’s “promotion of migration” instead policymaking that promotes child birth would “endanger the future of the continent”.