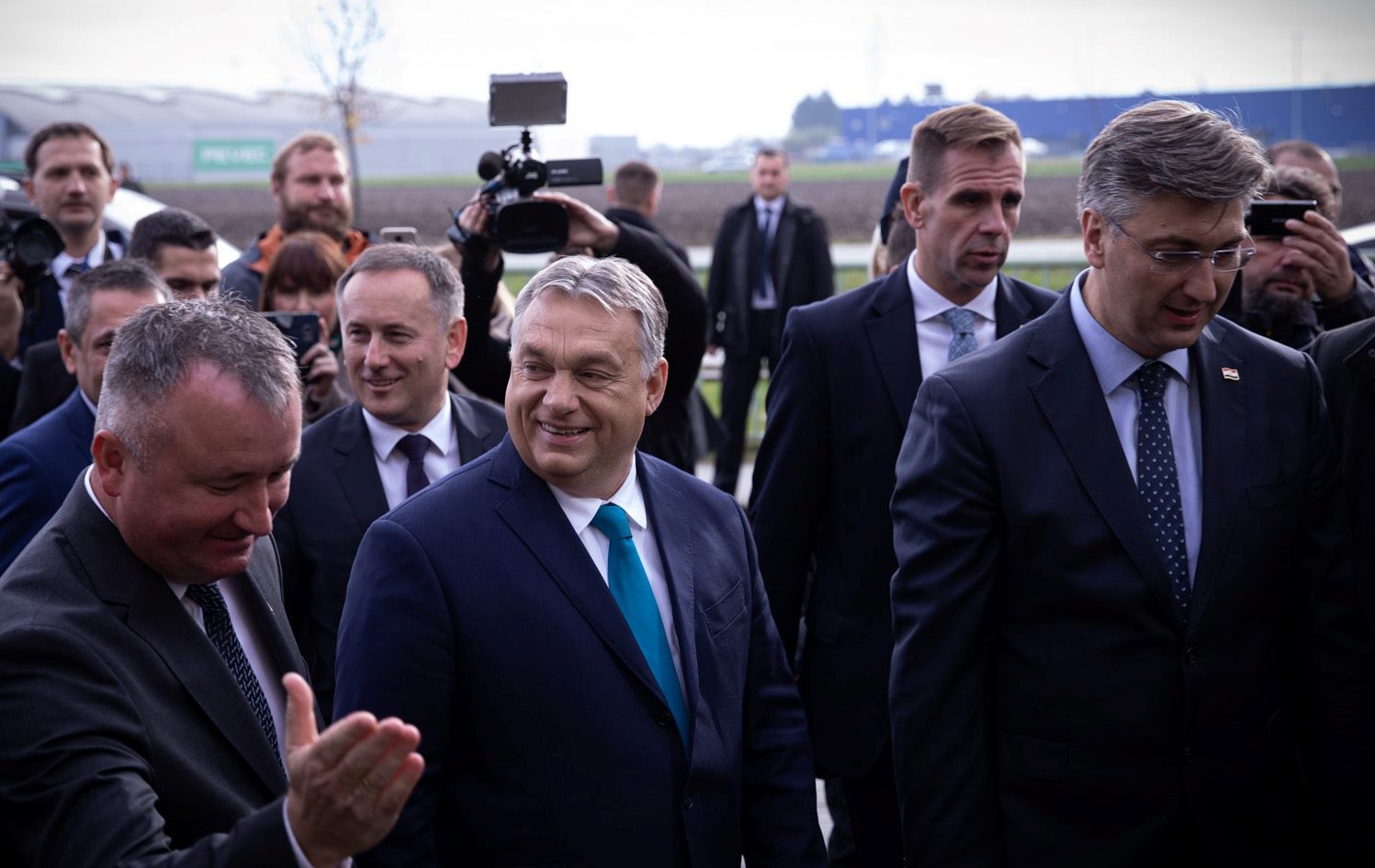 Referring to Croatia’s EU presidency in the first half of 2020, Orbán told journalists that all its aims were “close to our heart”. “It would be excellent if [Croatia] … achieves its objectives.”

He said both Croatia and Hungary were committed to helping countries that want to join the European Union to meet the necessary conditions for accession.

On the topic of bilateral relations, Orbán said the two counties shared a history and were “friends”. He added that cooperation in some areas was “strategic”.

Croatia, he said, could not succeed without a successful Hungary, and vice versa.

Orbán said Hungary was doing all it could for the Croatian minority living here, and Croatia strove for the same by protecting the Hungarian community’s identity, culture and education.

After today’s talks, he said, there was a basis of great optimism regarding the future of bilateral ties.

Asked whether his talks with Plenkovic had covered the suspension of Fidesz’s membership of the European People’s Party (EPP) — which held its congress last week in Zagreb — Orbán said he respected the Croatian ruling party and believed the HDZ would always side with Fidesz because they shared the same values. “I’m sure they’ll never betray us,” he said, adding that disputed issues could be discussed in a spirit of openness and friendship.

Orbán said Fidesz would decide its own fate in respect of the EPP and would wait to see in which direction the newly elected leadership took the party family.

Plenkovic said Croatia and Hungary were on friendly terms, and both countries had a common interest in strengthening cooperation and developing various cross-border projects.

The two leaders inaugurated the Hungarian Centre for Education and Culture in Croatia to which the Croatian government donated 10 million kunas (EUR 1.34m). “This is a symbolic expression of our respect for Hungarians living in Croatia,” he said, adding he was pleased that the Hungarian government provided similar care for Croatians in Hungary.