Summing up the legacy of Antall, who headed the government from 1990 to 1993, Orbán said that the prime minister had never given up his goal “to steer Hungary back to what it was before the communist rule”.

“It was a miracle that Antall managed to keep his coalition government together and launch an economic reform under difficult circumstances,” Orbán told the conference held in the Parliament Building.

The PM and his government also managed to avert bankruptcy and had the courage to reject the proposal of US financier George Soros for “robbing the country”, Orbán said. 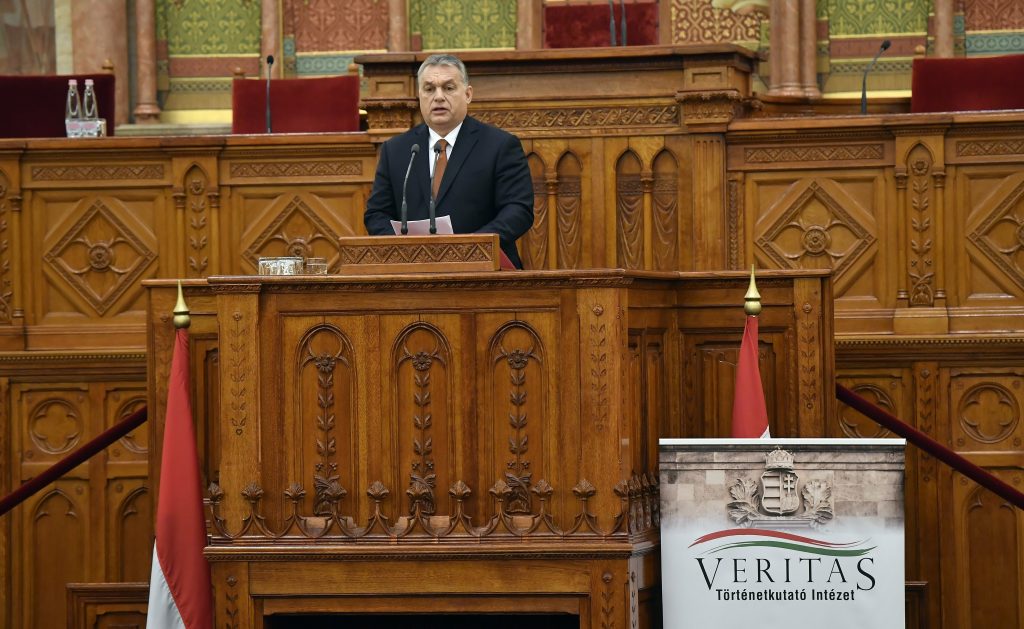 Orbán said that when he became prime minister he had to “fight the same battles against post-communist forces” in his government’s efforts to build a “Christian, civic and national Hungary”. He insisted that communism had not been removed in 1990, and argued that the communists no longer had a majority “but they were still there”. Doing away with communism would have required a new constitution to conclude that system and open a new, national epoch, Orbán said.

Orbán said that all the other post-communist countries had passed new constitutions in the 1990s while “Hungary had to fight for one until 2010” against “those ardently defending the diluted ideology of communism”.

Hungary’s new constitution was instrumental in “recovering its pre-communist self, returning from internationalism to national pride, from atheism to Christianity, and from the envy between social classes to civic fairness”, Orbán said. “Without those foundations, we would not have full employment, a work-based economy and GDP growth of about 5 percent and we could not protect ourselves against migration”, the prime minister added.

“We are grateful for Antall’s personal example, his sacrifice for the country, his love, patience and confidence in the Fidesz party and a new political generation,” Orban concluded his address.