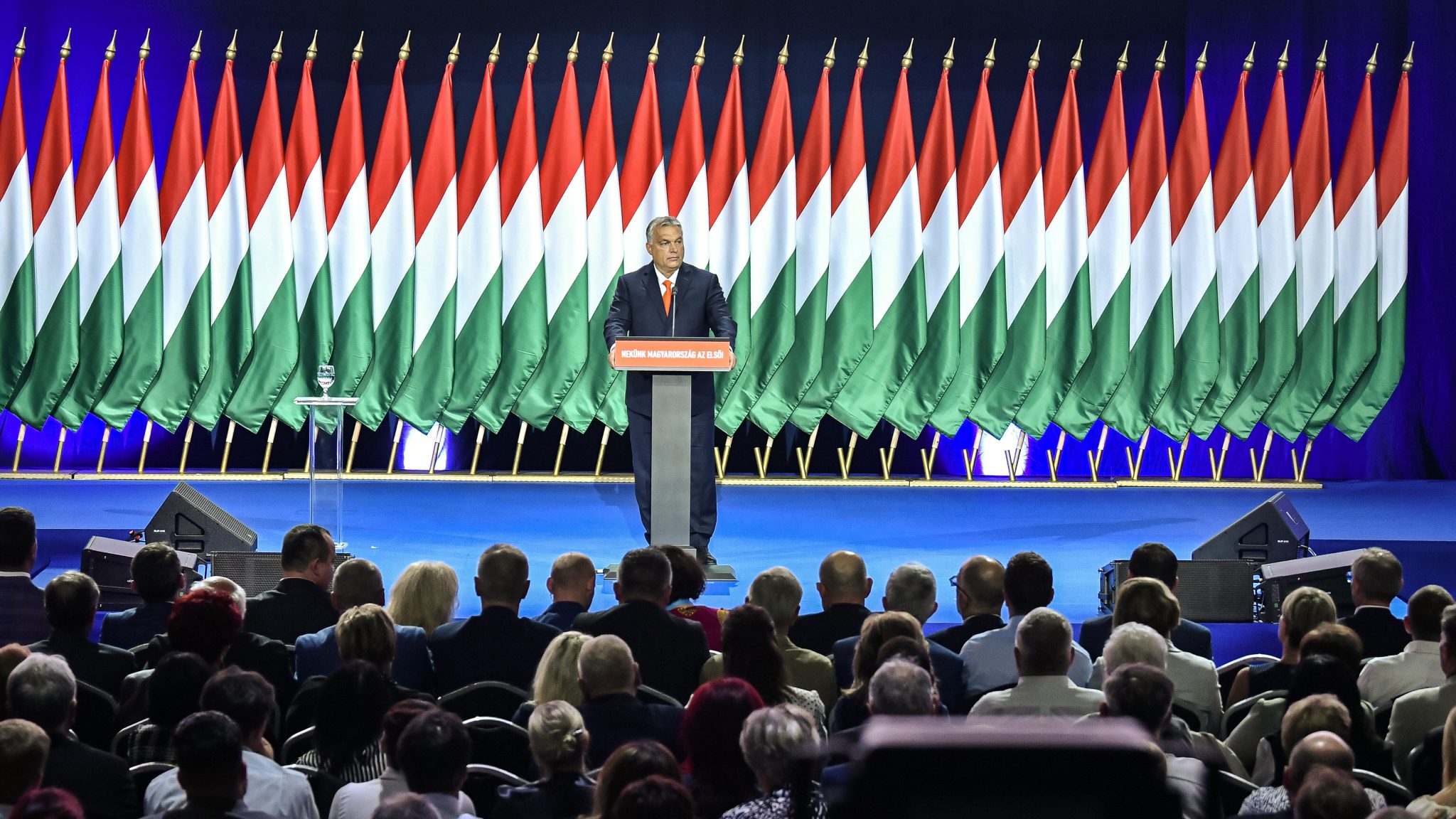 Hungary’s prime minister stressed the need for compromise between two parts of Europe but added that Hungarians’ “right to live according to the laws of Christian freedom” should be respected.

Addressing a congress of ruling Fidesz in Budapest on Sunday, Viktor Orbán said the nations preferring an alliance of European countries to an empire governed from Brussels want to remain “proud European nations based on Christianity” rather than turn into immigrant societies, he said.

Orbán said that Hungary “is no longer alone in the arena but part of a column of Poles, Czechs and Slovaks”. He added that Austria would hopefully join that column after the Sunday elections and that it is a matter of time before “the flag of Italian freedom” will be unfurled again.

An agreement between the two parts of Europe is conditional on the West accepting the right to live under the laws of Christian freedom and discontinuing “open attacks against our nations and governments”, Orbán said.

We are no longer prepared to finance from European money a multitude of hostile, Soros-type pseudo-civil organisations,” Orbán said, and called on those organisations to leave central Europe. The EU budget is not meant to finance teams and media outlets pleasing the liberals and serving their interests, or to train activists and organisers of demonstrations, he said.

Orbán blamed the “covert liberal attacks” for the instability of North Macedonia and for the “ills of government” in Romania. He said that the international left-wing and the liberal networks of Washington and Brussels integrated into international political decision making pose the biggest threat to the peaceful life of central Europe where policymakers have to face “their political tricks and dozens of their fake news networks”.

Orbán praised central European nations for reinforcing fiscal discipline in the EU, contributing to economic growth in Europe and defending the external borders of the continent. He reiterated the offer made to Italian Prime Minister Giuseppe Conte earlier this week that Hungary is prepared to take over the patrol of any section of the Italian border and return a large number of migrants from Italy to their homeland.

Summing up the work done in Hungary over the past years, Orbán said the country had seen two regime changes, which finally led to the emergence of a Christian Democratic state. The first regime change eliminated the Soviet world, which was, however, followed by a “catastrophic Socialist government”. At that point, “it was exclusively our decision to choose a constitutional revolution instead of a street revolution,” Orbán said. This second regime change was a national and Christian one “and we set it up in the spirit of Christian freedom”, he said.

Regarding tasks for the coming decade, Orbán said Fidesz would “be the party that can boast of having eliminated poverty in Hungary.” 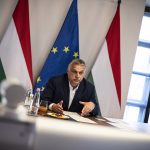