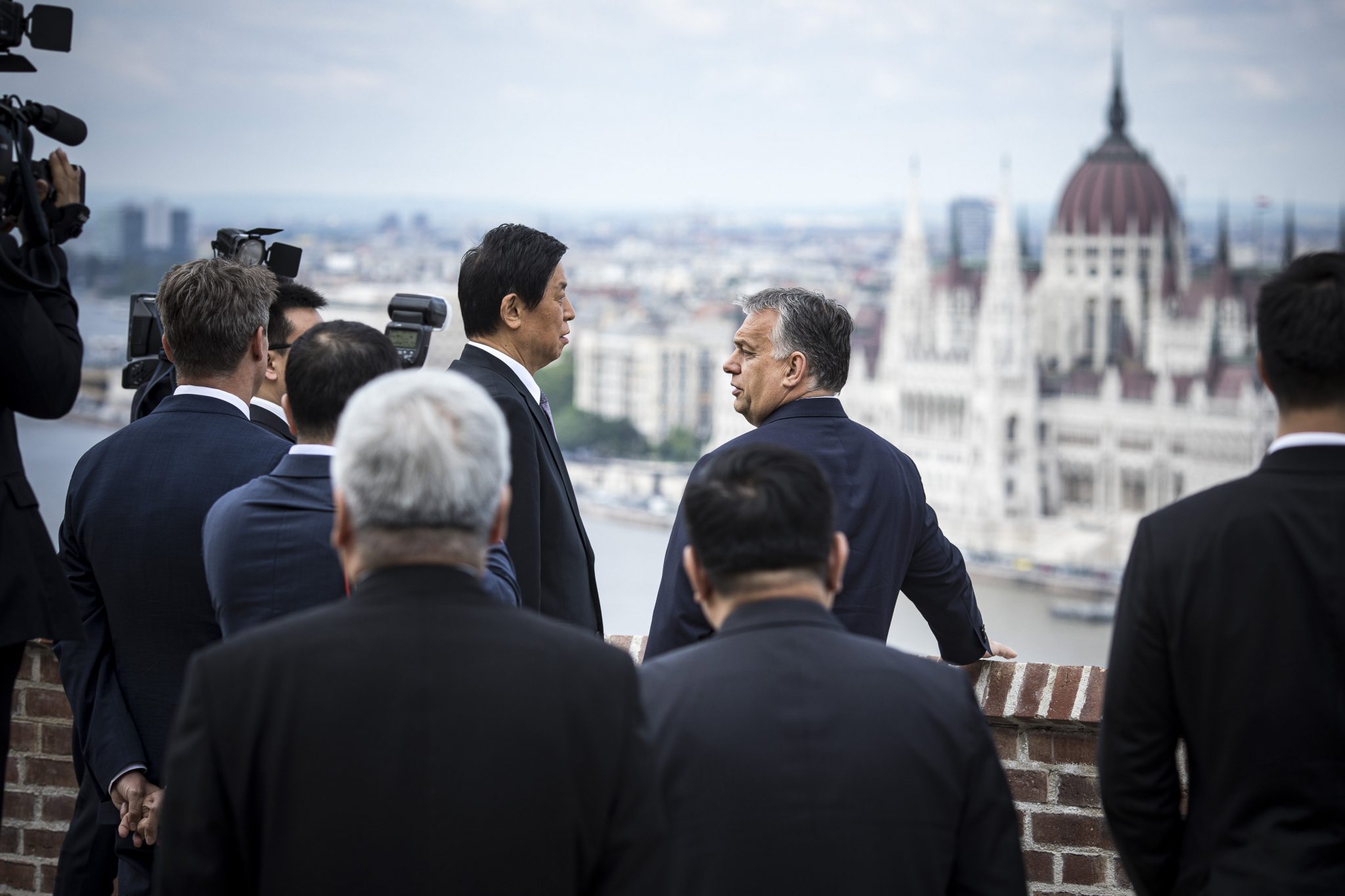 Orbán said it was a great honour to meet Li and thanked him for visiting in the year the 70th anniversary of the start of Hungarian-Chinese diplomatic relations is being celebrated.

Orbán said he had recently been in China and the intensity of ties reflected the close friendship maintained by the two countries. 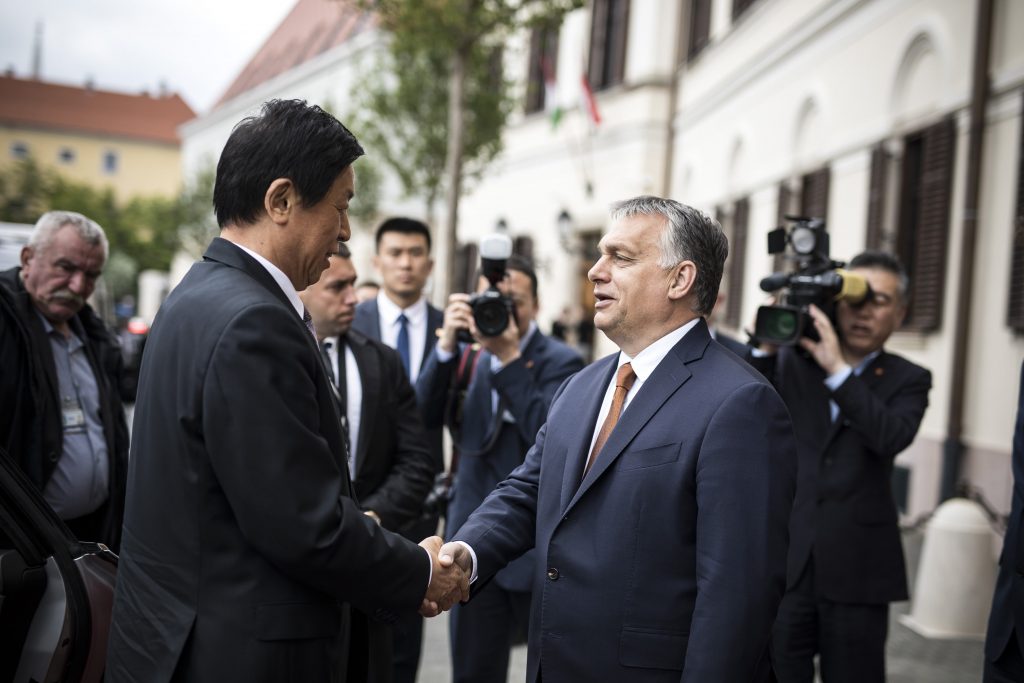 He also said that he had high respect for Chinese companies operating in Budapest for making a significant contribution to Hungary’s economic performance. He added that he also greatly appreciated China’s endeavours in the international area.

Orbán said he was a supporter of the Chinese president’s strategic plan to revive the Silk Road and wished him much success. 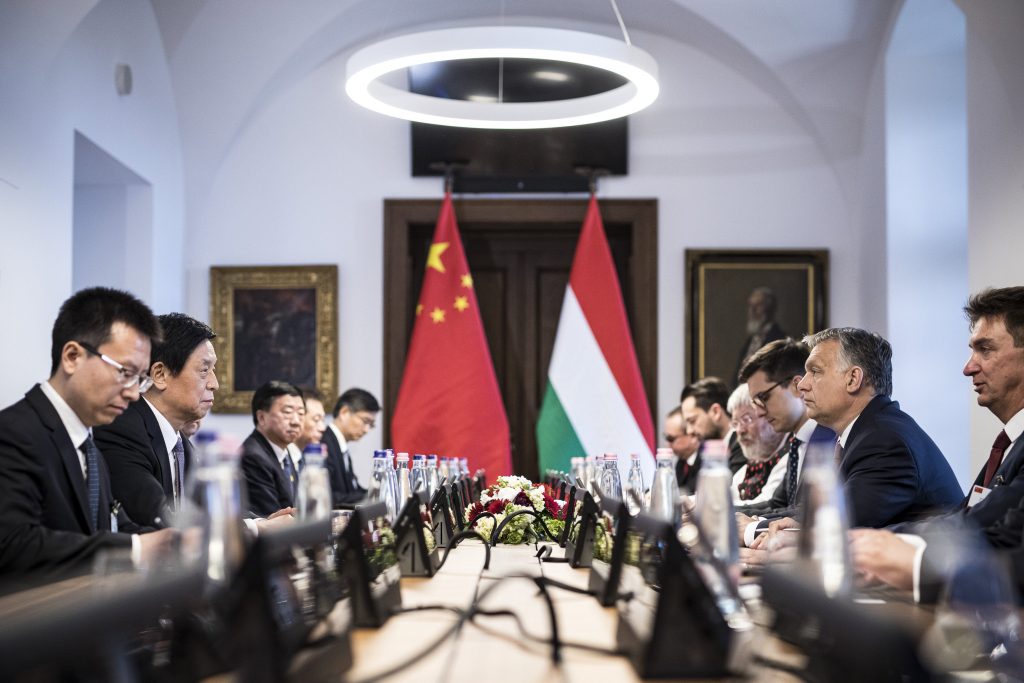 Li expressed his appreciation for Hungary’s policy of opening to the East and added that Chinese-Hungarian relations had developed rapidly in recent years. Orbán’s visit to China elevated bilateral relations to a new level, he added.

China is Hungary’s largest foreign trade partner outside Europe, Tamás Menczer, state secretary at the foreign ministry, said on Thursday, adding that the annual turnover of bilateral trade is now worth close to 9 billion US dollars.

Speaking at the China (Henan province) – Hungary economic conference held in Budapest, Menczer said that Chinese companies have invested a total 4.5 billion dollars in Hungary and currently employ some 15,000 Hungarians.

Menczer had talks with Yu Hongqiu, deputy party leader of Henan province, before the conference. They agreed that Hungary-China ties have reached an unprecedented level, the state secretary said.

The state secretary noted tourism as an example of good ties, with the number of tourists from China quadrupling between 2011 and 2018. Last year alone, more than 256,000 Chinese tourists visited Hungary, 13 percent more than in 2017, he added.

Hungary’s economic strategy focuses on finding regions in China for building good economic relations, he said, adding that today’s event, accordingly, was an opportunity to introduce Henan Province. In April, Hungary was an honorary guest at the International Investment and Trade Fair in the province, he noted.

Both officials noted that China and Hungary are celebrating the 70th anniversary of the establishment of a diplomatic ties this year.