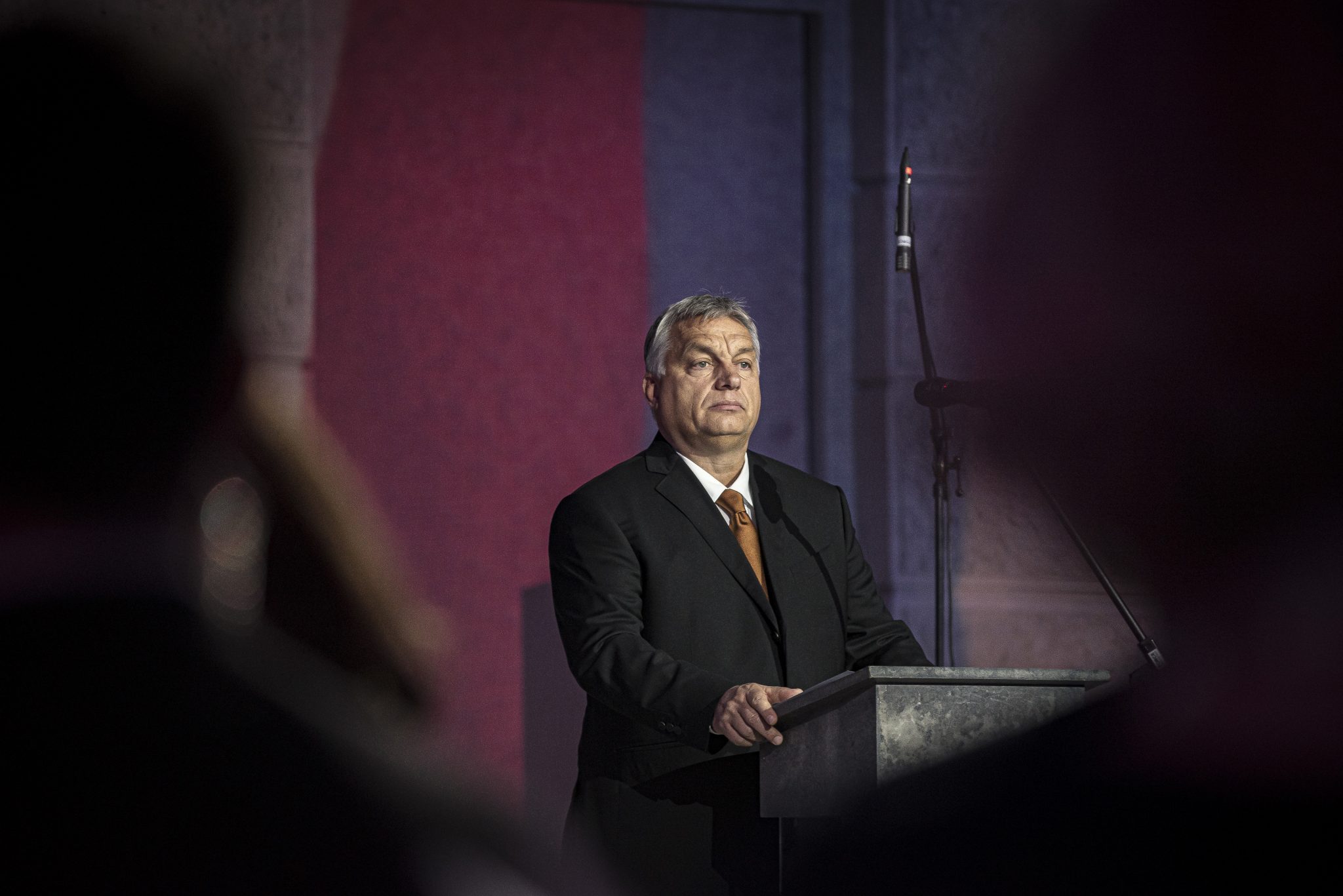 Addressing a celebration of the 30th anniversary of the Velvet Revolution in Prague on Sunday, Prime Minister Viktor Orbán said that thirty years ago central Europeans had been self-confident enough to declare their region Europe’s future. “And knowing our achievements in light of Europe’s situation we can say with all due modesty that, today, we are indeed the future of Europe”.

“We are ready for this mission,” Orbán said. “Thirty years ago we central Europeans showed that we could not only die for our countries and for Europe but could live and work for them too.”

This is why the coming years would be about the success of central Europe and the Visegrad Group, he added.

Orbán said that the Czech and Polish anti-communist resistance had served as a model for young Hungarians in the 1980s. This helped Hungarians to begin dismantling the communist system, he said, adding that it was now clear that belonging to the ’68 generation meant something radically different in West than in central Europe. 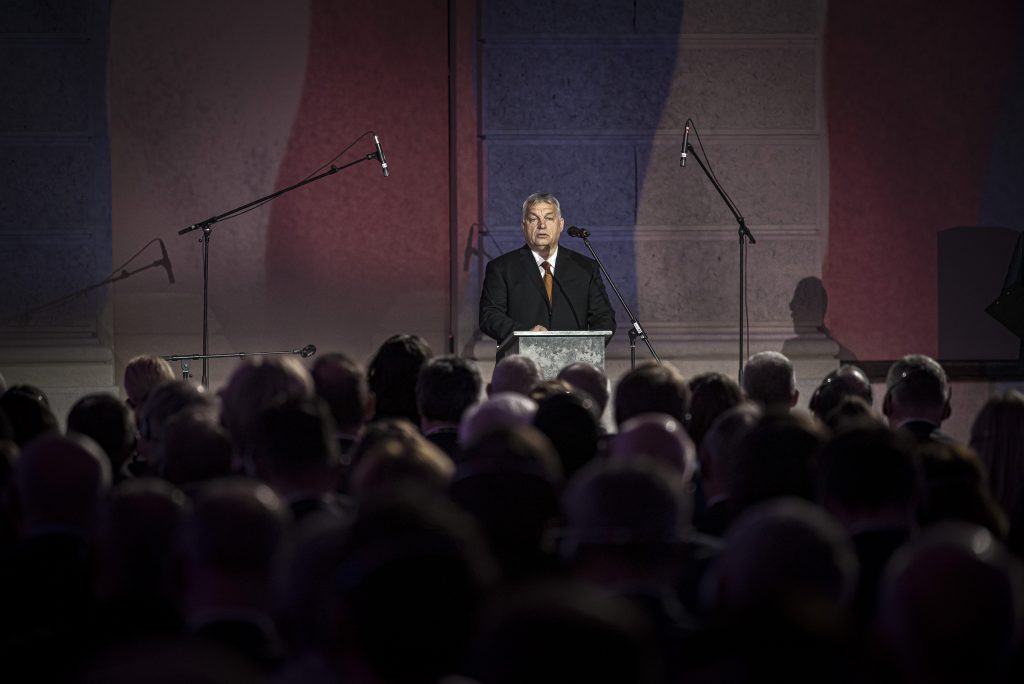 He said that whereas the ’68 generation of the West strived to dismantle the Europe of free nation states and Christian culture, “our ’68-ers want to regain and protect these values.”

The message of 1968 in central Europe is still the same, he said. “We want to decide our own destiny.” “We want to live as a free nation, not as an imperial colony or subordinate,” Orbán said.

We are central European democrats and we must protect the sovereignty of nation states. Because abandoning this [principle] would end our democracy.”

He said it was not a new ideological system that would improve Europe today. “We need simple human things: to live our own central European lives, to honour and protect our families, to enjoy our freedom, love our country and to be proud of our nation.”

Central Europeans have their own language: the language of freedom, independence and solidarity with one another. This language gives us an independent and distinct voice in the large family of European nations. This is why central Europe today is not only a geographical concept but a political, economic and cultural reality.”

All the premiers of the Visegrad countries — Czech leader Andrej Babis, Polish leader Mateusz Morawiecki and Slovakian premier Peter Pellegrini — addressed the commemoration, together with Wolfgang Schauble, President of the German Bundestag.

Slovakia and the Czech Republic also fought for Hungary’s freedom in the Velvet Revolution, Prime Minister Viktor Orbán said in connection with the commemoration of the 30th anniversary of Prague’s Velvet Revolution. 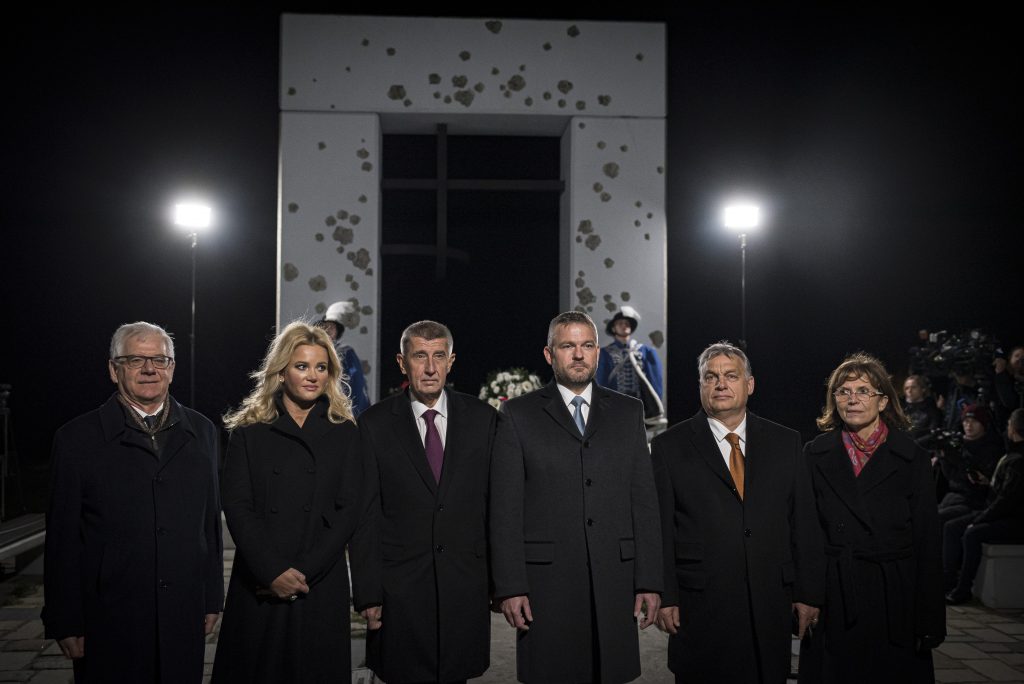 “I’m here to pay tribute to Slovakia and the Czech Republic for their brave acts during these very important days, when they also fought for Hungary, thereby contributing in a significant way to Hungary’s freedom…” Orbán told journalists in Pozsony (Bratislava).

Orbán noted that the countries of the region had experienced the same fate — the Soviet occupation and the lack of freedom in private and public life — in different ways but for the same reason. This is why, he added, that successive revolutions triumphed in a chain reaction. 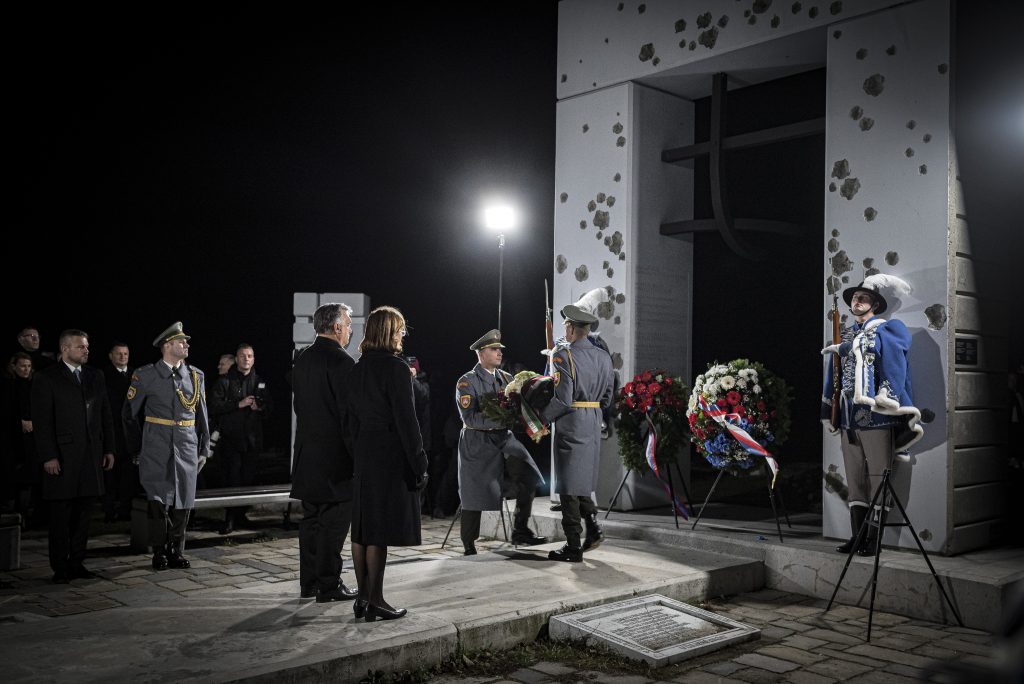 PM Orbán and his wife, Anikó Lévai, at the Gate of Freedom Memorial. Photo by Vivien Cher Benko/PM’s Press Office

Meanwhile, commenting on cooperation with his Slovakian counterpart Peter Pellegrini, Orbán said central Europe was strong again. The post-Soviet transformation into a free society and economy had been difficult, he said. “Now Slovakia is a successful country … and we’re on the road to catching up with more fortunate western countries.”

He said success did not depend on a single individual. “Slovakia has good leadership, so Slovakia is a successful country,” he said.

Orbán said he must give Pellegrini credit for his commitment to good Hungary-Slovakia ties and for being a good friend of Hungarians living in Slovakia as well of Hungary itself. “I’m ready to work with him.”