Orbán: Business for Diplomats is a Good Idea 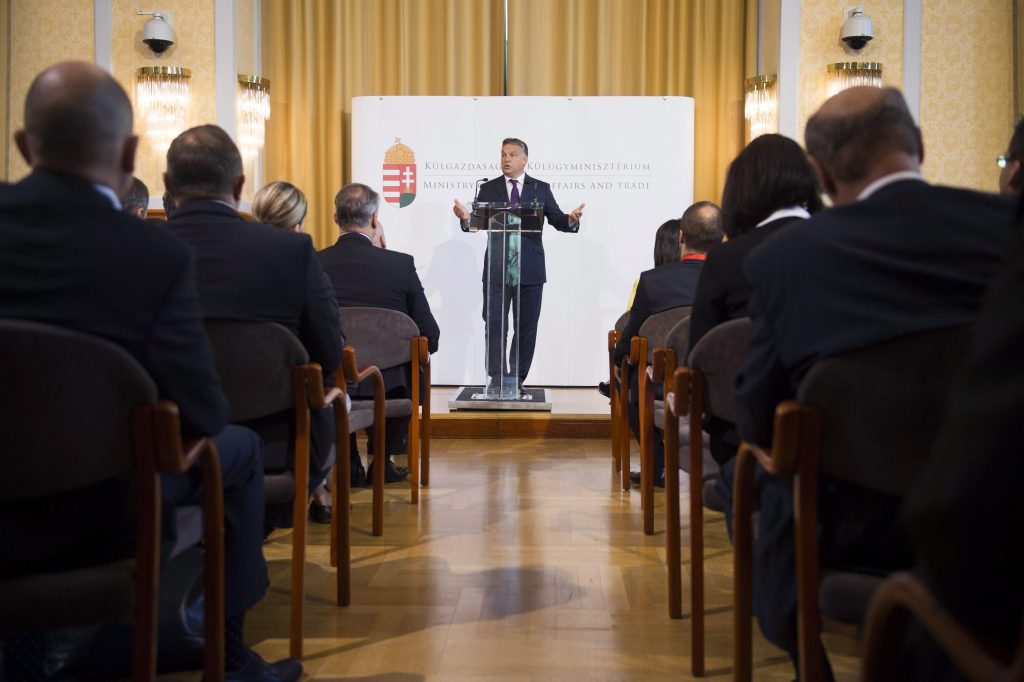 Viktor Orbán spoke at the Ambassadorial Meeting of Hungarian Diplomats, urging them to put greater emphasis on building corporate relations. Bringing foreign corporations to Hungary and exporting products of Hungarian small and medium enterprises should be the aim of delegations and diplomats, said the prime minister.

Orbán opened the annual meeting at the Ministry of Foreign Affairs and Trade on Monday, where he further spoke about his new vision for Hungarian diplomacy. Until now, he said, Hungarian diplomats were kept from doing business, but business is a good thing.

Corporate relations are important, and so ambassadors representing Hungary should work towards bringing in foreign companies to create jobs in Hungary, or to persuade them to buy Hungarian goods. Furthermore, Viktor Orbán emphasized that diplomats should focus their attention on finding export markets for small and medium enterprises. Currently there are about 2500 SMEs in Hungary, but the goal is to have 12.000, concluded Orbán.

The prime minister set another important goal for Hungarian diplomacy, saying that by 2018 third of Hungarian export should go outside of the EU, possibly taking it to 50% later on. Another realistic goal, according to Orbán, is to have the highest export rate compared to gross domestic production on the EU. (MTI)