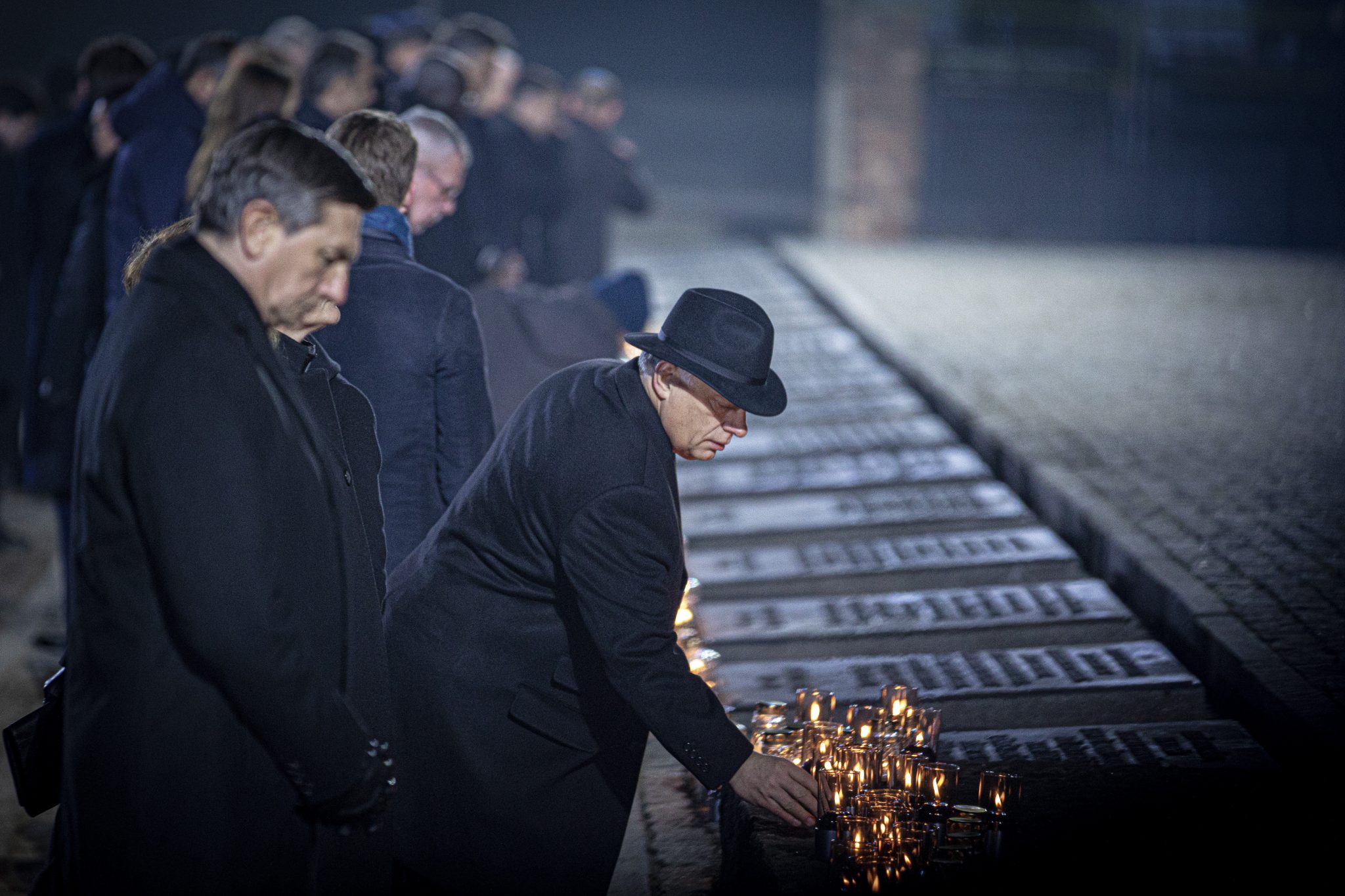 Prime Minister Viktor Orbán and his wife Anikó Lévai represented Hungary at the event commemorating the 75th anniversary of the liberation of German concentration camp Auschwitz-Birkenau. The event was held on Monday in Oswiecim, Poland where the Prime Minister also placed a candle at the Holocaust Victims Memorial.

The main guests of the commemoration were the 200 invited Holocaust survivors, who – disregarding the usual protocol – were able to occupy the front row at the commemoration event, ahead of the 61 foreign delegations, including more than thirty heads of state and government, as well as members of royal families.

The event was opened by Polish President Andrzej Duda, who declared: “We are paying our respects to the six million Jews murdered in Auschwitz and elsewhere.” He stressed the need to preserve Auschwitz’s memory so that “the Holocaust, the extermination of the people in world history would never be repeated,” and pledged on behalf of Poland to preserve the memory of what had happened during the Second World War. 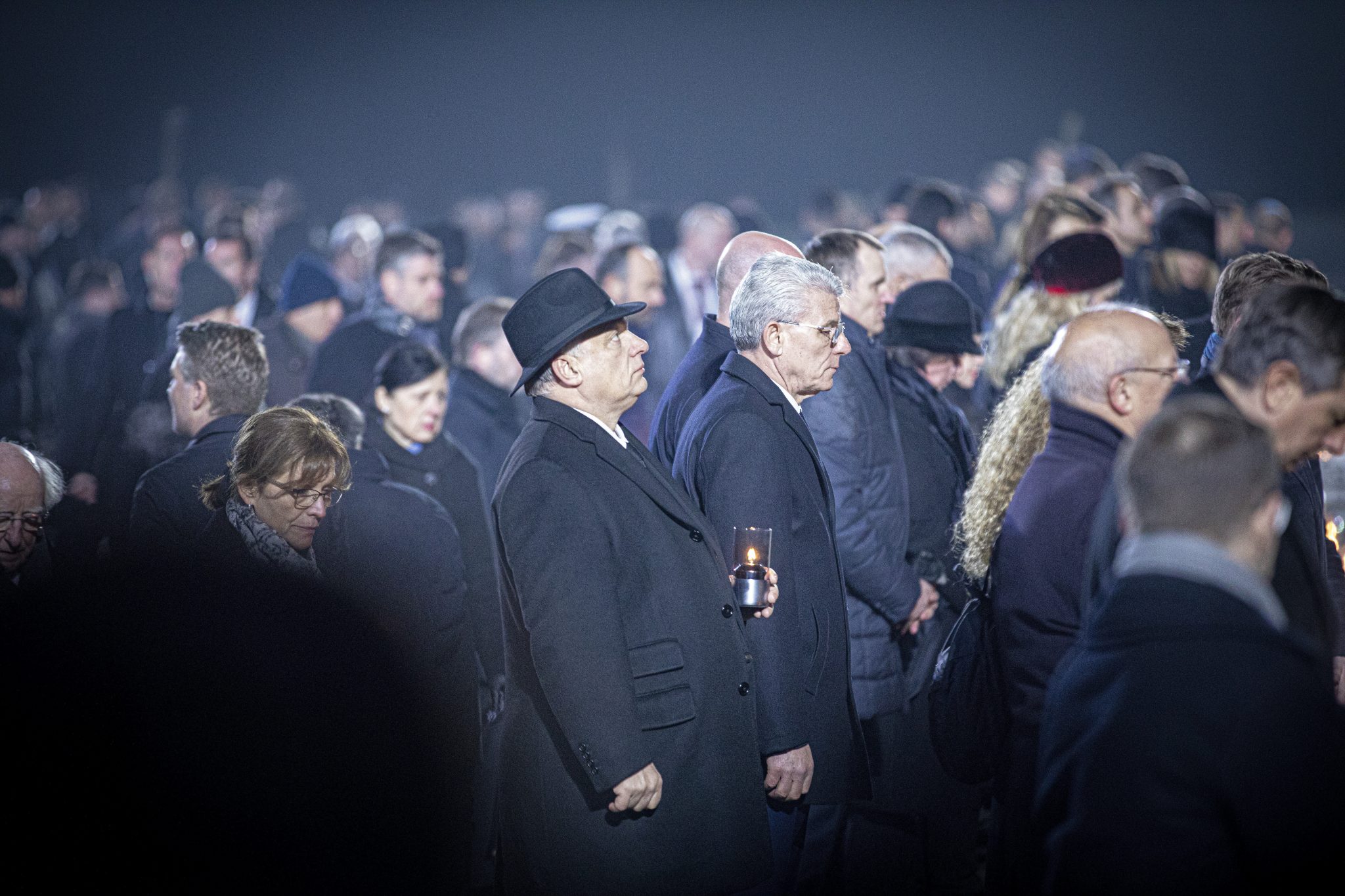 Batsheva Dagan, a Polish-born Israeli poet, said on the 75th anniversary of the liberation of the death camp, that she was assigned to work in the concentration camp, where she had to sort out the belongings of those killed in Auschwitz. She remembered she was holding Hungarian clothes, and even found a picture of one of her teachers from Lódz among the belongings of her fellow prisoners.

In addition, survivor Else Baker, Marian Turski, a Jewish historian from Poland, and Stanislaw Zalewski, a Polish political prisoner who also survived Auschwitz, gave speeches. Speeches of the survivors were followed by Roland S. Lauder, president of the World Jewish Congress (WJC), who talked on behalf of the organization.

The memorial ended with ecumenical prayers, after which the survivors and heads of state delegations honored the victims of the camp at the memorial, built at the ruins of the Birkenau gas chambers.