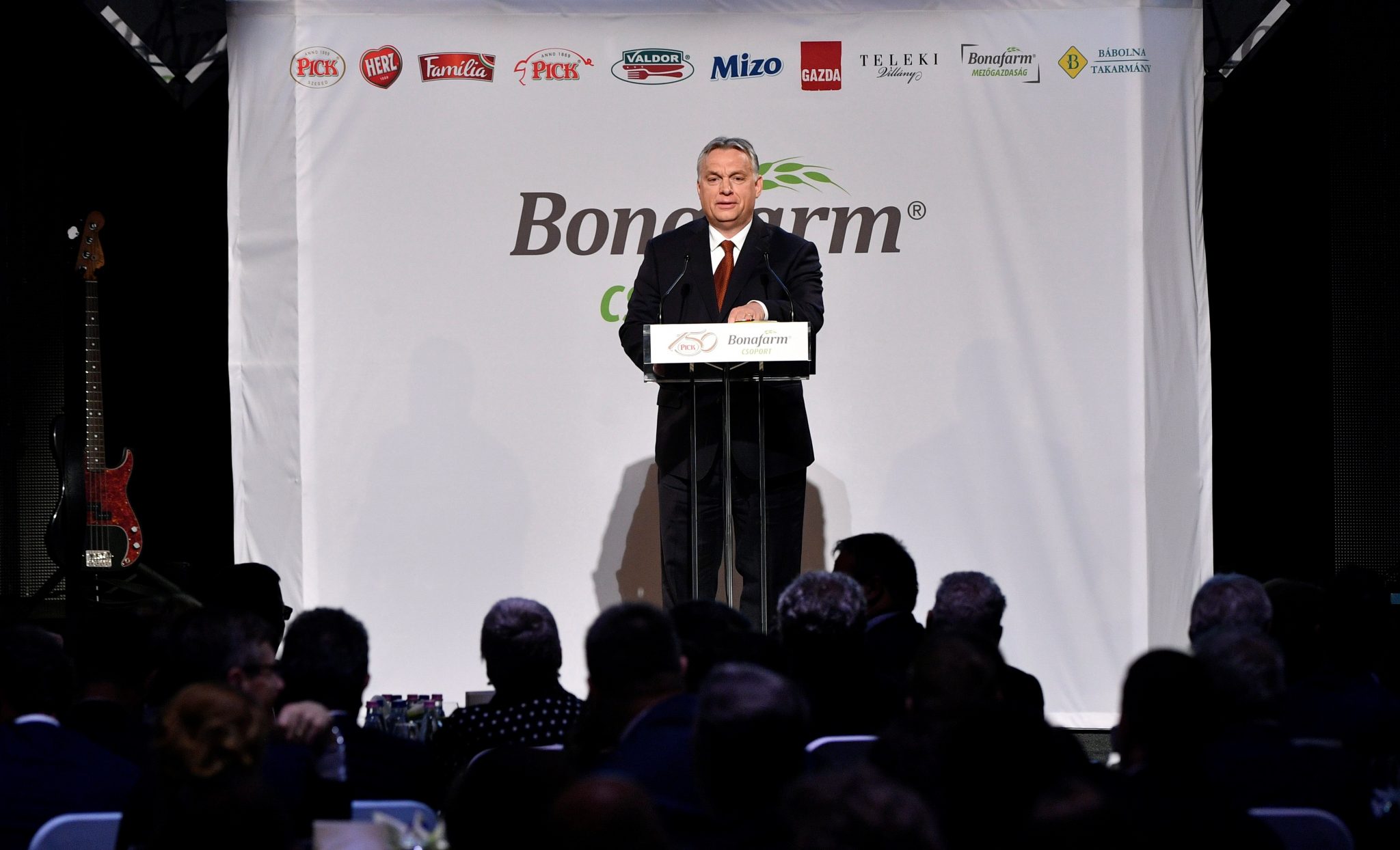 The 150-year-old history of salami producer Pick shows that “Hungarian capital has to serve Hungarian interests”, Prime Minister Viktor Orbán said late on Thursday, addressing a gala event held to celebrate the 150th anniversary of the company and the tenth anniversary of the Bonafarm Group, a food industry corporation owned by billionaire entrepreneur Sándor Csányi.

It is a national interest that Hungarian companies should have the lion’s share of the domestic food industry’s revenues and profits by 2030, Orbán said.

They should also invest abroad, he said. “They should be robust and strong, use the economic possibilities of the region, Europe and the whole world to enrich Hungary,” Orbán said.

Pick, known worldwide for its salamis, was built by men who knew “that success is something they needed to build every day,” Orbán said. This helped the company to get back on its feet after the world war, economic crises and the Communist nationalisation, he said.

Regarding Bonafarm, Orbán said that it gave new momentum to Pick when it acquired it in 2009. Bonafarm has shown impressive results, Orbán said. “Thirty years after the final hour of Communism, we have a modern, innovative corporation owned by Hungarians that has already grown outside the borders. We have been waiting for such a company in the Hungarian food industry for a long time,” he said.