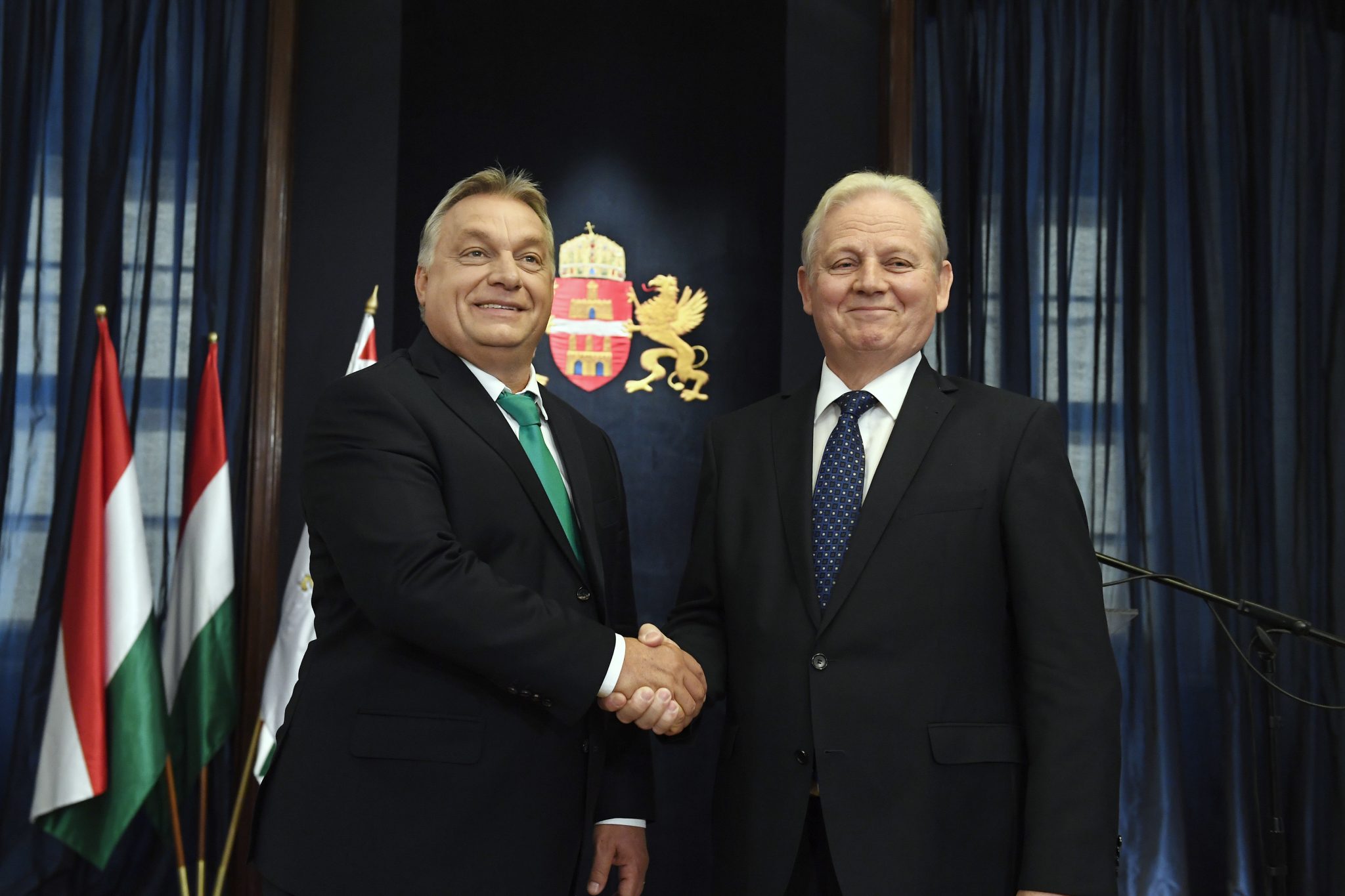 Prime Minister Viktor Orbán has asked the incumbent mayor of Budapest, István Tarlós, to run for a third consecutive term in the next local government elections.

Orbán made the announcement at City Hall on Wednesday after meeting Tarlós.

At a joint news conference, Orbán said a Budapest development council with representatives from the municipality and central government will be set up.

Tarlós said he had accepted the nomination to run in the 2019 elections after “a serious internal struggle” and with “significant conditions”, including his insistence on holding a direct mayoral election and the establishment of the Budapest municipal development council. Several of the new investment projects in the capital will run until 2030, he said. 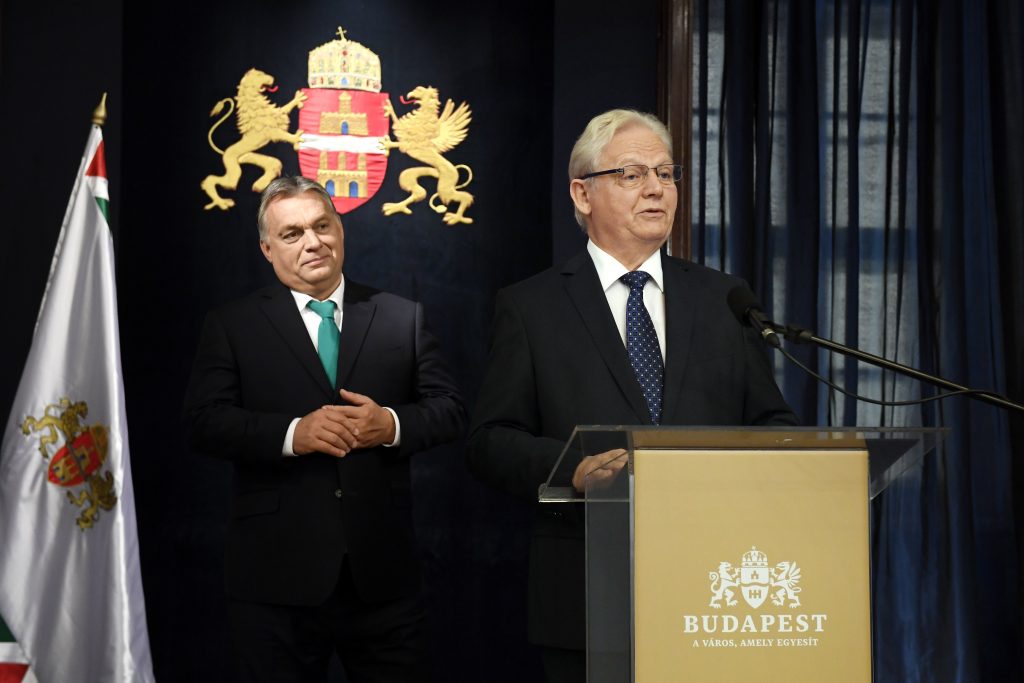 Tarlós and Orbán also came to an agreement on central financing in the tens of billions of forints for the renovation of metro 3. Orbán listed completed investments worth 280 billion forints, such as the refurbishment of the City Park ice rink and the National Horse Stables, the renovation of Buda Vigado, the upgrade of the Dagály baths and the revamp of the Music Academy among others. Projects under way amounting to 600 billion forints include the Buda Castle, restoration of the Fiumei Road and Jewish Salgótarjani Street cemeteries, renovation of the Opera House and construction of a new athletic stadium. “These projects don’t include transport developments, in which case we’re talking over 700 billion forints,” he added. Orbán also noted that the government has assumed more than 217 billion forints in municipal debt.

“We all have an interest in Budapest regaining its old glow, and the government is convinced that Hungary can be a serious country only if its capital undertakes serious things,” said Orbán.

“A strong, confident and popular mayor is essential to achieving these goals,” he said, adding that the views of the government and the Fidesz district mayors coincided.

The opposition Socialists said in reaction that Orbán and Tarlós had failed to announce anything meaningful about Budapest. Orbán has already taken away a lot from Budapest residents and now he is not even promising anything, Csaba Horváth, the Socialist representative in the metropolitan council general assembly, said.

The opposition Democratic Coalition said Tarlós had given up all of Budapest’s powers when he agreed to run for mayor. “István Tarlós gave away half his kingdom to Viktor Orbán,” Erzsébet Gy Németh, the party’s Budapest representative, said.

József Gál, the Budapest representative of opposition LMP, said the setting up of a municipal development council was a dated idea from the 20th century and regular social consultations and referendums should be held instead. More cycle paths and pedestrian areas are needed instead of motorways, and more green areas instead of the cutting down of trees, he added.

Opposition Párbeszéd co-leader and mayor of Budapest’s 14 district Gergely Karácsony said Budapest had lost much of its independence over the past eight years and in the future no development will be possible without government support. Under the latest deal, ruling Fidesz has “practically nationalised” all Budapest developments, he added.

The Hungarian Liberal Party said Tarlós’ announcement that he would again run for mayor, contrary to his repeated statements in recent years, showed that he stood on the side of Fidesz and not on the side of Budapest residents.

If István Tarlós were to run in the next Budapest mayoral election, he would have every chance of winning for a third time, according to a new poll by pro-government Nézőpont Institute, which found that he would garner 45 percent of the votes.

Tarlós, who has so far run on a Fidesz ticket, “is more popular than Fidesz,” the think-tank said on Wednesday, noting that the mayor had an 11 point advantage over the ruling party in the capital.

Nézőpont found in its poll of 800 people a left-wing candidate would have the support of 30 percent of Budapest voters and the conservative Jobbik party’s candidate would get the backing of 6 percent. A green party LMP candidate would be preferred by 8 percent in an election this Sunday. As of now, no opposition candidate has been named.

The think-tank said the opposition was highly fragmented in the capital. The strongest anti-government party in Budapest is the Momentum Movement (10 percent), followed by the Democratic Coalition (9 percent), while the satirical Hungarian Kétfarkú Kutya Párt (Two-Tailed Dog Party) and Jobbik were tied at 8 percent). The Socialists and Párbeszéd had 6 percent each in Nézőpont’s poll and the LMP was preferred by 5 percent.

via MTI
Photos by Szilárd Koszticsák/MTI