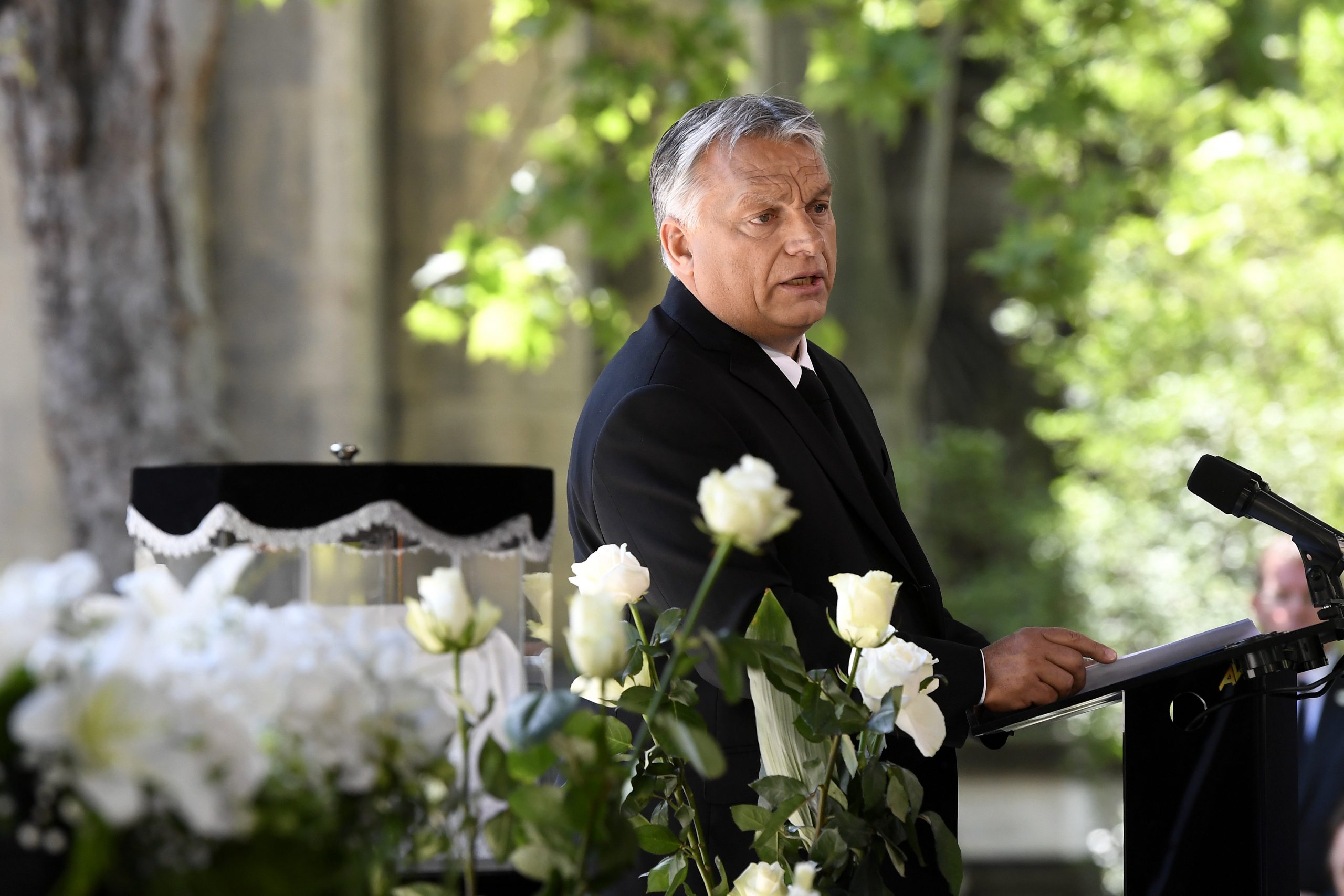 Prime Minister Viktor Orbán on Tuesday attended the funeral ceremony of György Fekete, the former head of the Hungarian Academy of Arts, who died aged 87 on April 15.

“Hungarian culture is a creative and retaining force without which you cannot survive … and without which life may not be worth living,” Orbán said in his oration.

Orbán said he shared with Fekete him an awareness that Hungarian culture needed “reliable, large-scale institutions that provide a safe spiritual haven to the community of Hungarian artists” without which that culture “could not unfold its exceptional power”. Fekete, he added, was one of the people to “tirelessly collect and preserve the thousand-year-old values of the nation’s culture, because doing so builds the possibility for survival.”

Hungary’s new cultural institutions, such as the Hungarian Academy of Arts, were founded by people “who had lived most of their lives in the communist regime but who were able to stay outside the system,” Orbán said. Fekete was a “comrade in arms” in the common endeavour to build the nation’s culture, he said, referring to himself as a “soldier of politics” tasked with creating room for “intellectual and spiritual energies”.

Fekete considered the priorities of national culture and those of the nation state to be equal. “He was aware that art and politics are in fact related professions,” Orbán said.

Kossuth Prize winning interior designer and artist Fekete established the Hungarian Academy of Arts in 2011, and served as its president until 2017, and honorary president until his death.