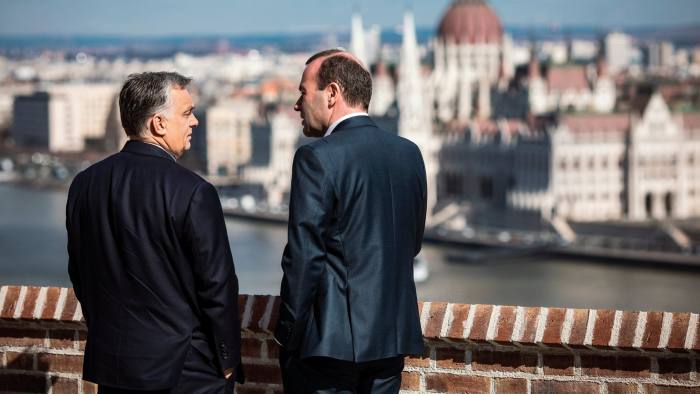 Prime Minister Viktor Orbán has written a letter to the leaders of the European People’s Party (EPP) who initiated Fidesz’s exclusion. The PM apologizes for “the offensive language” but maintains his political position – Reuters reported on Thursday.

Leading Fidesz politicians have made it clear that the party will not compromise on fundamental political issues in its dispute with the EPP. Many also claimed that the debate is rooted in ideological issues. In his latest interview with Hungarian public radio, Orbán stated that compromise isn’t possible where migration and Christian culture are concerned, but said he will discuss “anything else.”

According to a copy of a letter obtained by Reuters on Thursday, Orbán asked the leader of the Flemish Christian Democrats, Wouter Beke, to reconsider his proposal to eject Fidesz. A government spokesman said similar letters were sent to all 13 parties that took part in the proposal.

In a statement, Zoltán Kovács, the state secretary for international communications and relations, said in connection with the letter that as long as there is a chance 'to change the pro-migration tendency' in the EPP, 'we will do everything we can'. They are open to 'reasonable compromise' on every issue except for stopping migration and protecting Europe's borders and its Christian culture, Kovács said.

He refuted the claims made by the Hungarian press and stated that he had not come to Hungary to negotiate but to lay down his terms and tell Orbán what to do if Fidesz still aspires to remain a member of the EPP.

When asked whether he and the EPP still have faith in Orbán’s words, the faction leader replied:

Fidesz’s case is a continuous topic in the EPP, and we still have yet to come to a decision. However, after what we have experienced in regards to Fidesz and Orbán’s behavior over the past few years, it is clear that we first need a guarantee of compromise. Secondly, we need to be confident that compromise will be long-term.