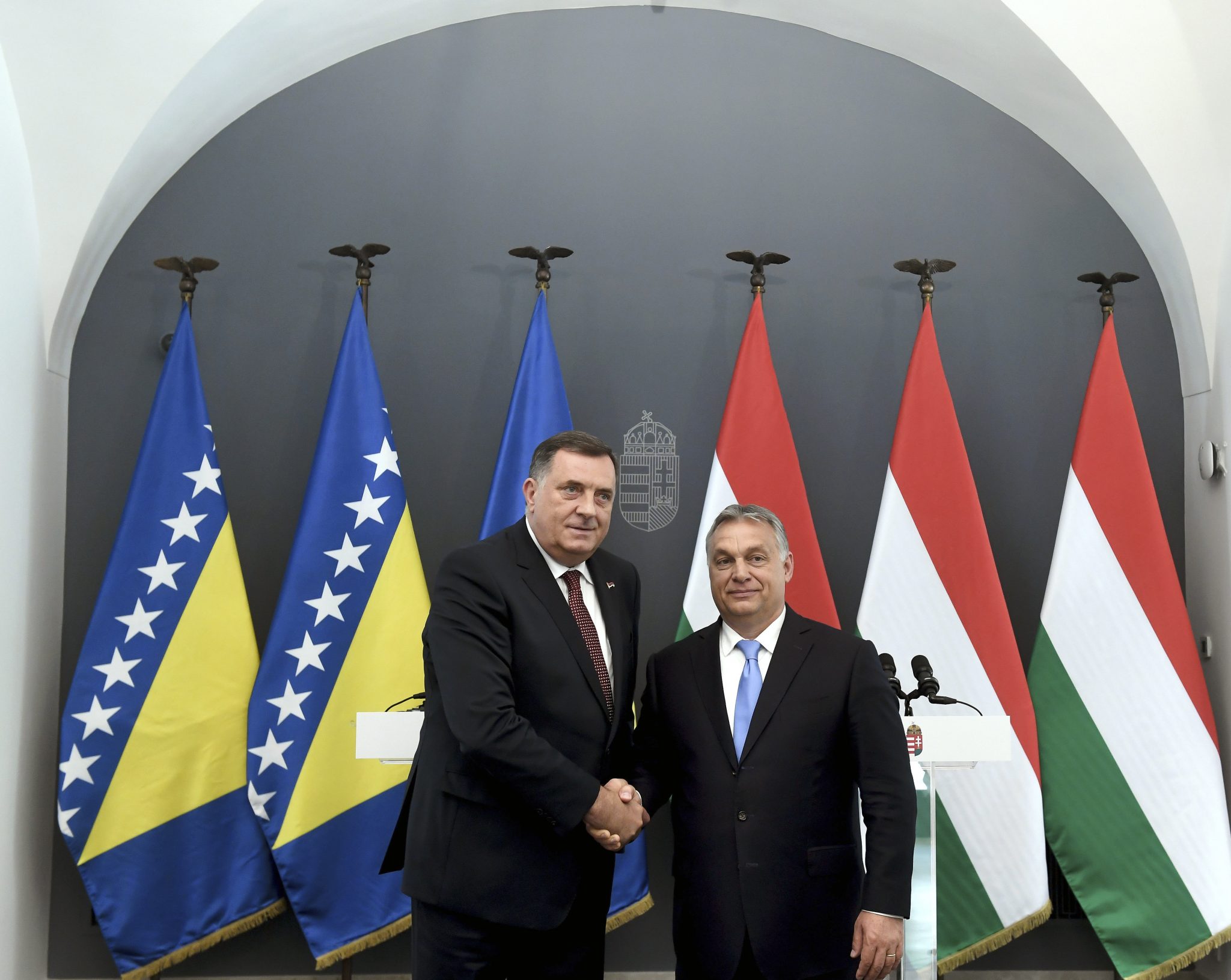 Speaking to the press after talks in Budapest, Orbán said he had agreed with Dodik that Budapest and Banja Luka, the capital of the Serb Republic, will also work to establish intensive political and economic ties.

The prime minister said Hungarian-Serb relations could only be healthy and strong if Hungarians living in Serbia and Serbs living in Hungary both felt at home in each other’s countries.

Hungary will continue to support Bosnia-Herzegovina’s efforts to strengthen its unity and to improve its relations with the European Union, Orbán said.

Prior to his meeting with Orbán, Dodik met representatives of Hungary’s Serb population in Szentendre, near Budapest.

The Republika Srpska president said Serb representatives had told him that the Hungarian state was doing everything it could to improve their situation. He added that there were no unresolved issues between Hungary and Bosnia-Herzegovina.

“We want to continue on the path to European integration,” Dodik said, thanking Hungary for supporting Bosnia’s EU aspirations.

He praised improving Hungarian-Serb relations, which he said could open the door to cooperation for Bosnia’s Serbs, too.