Orbán after Meeting: Decision to Back Von der Leyen ‘Good’ 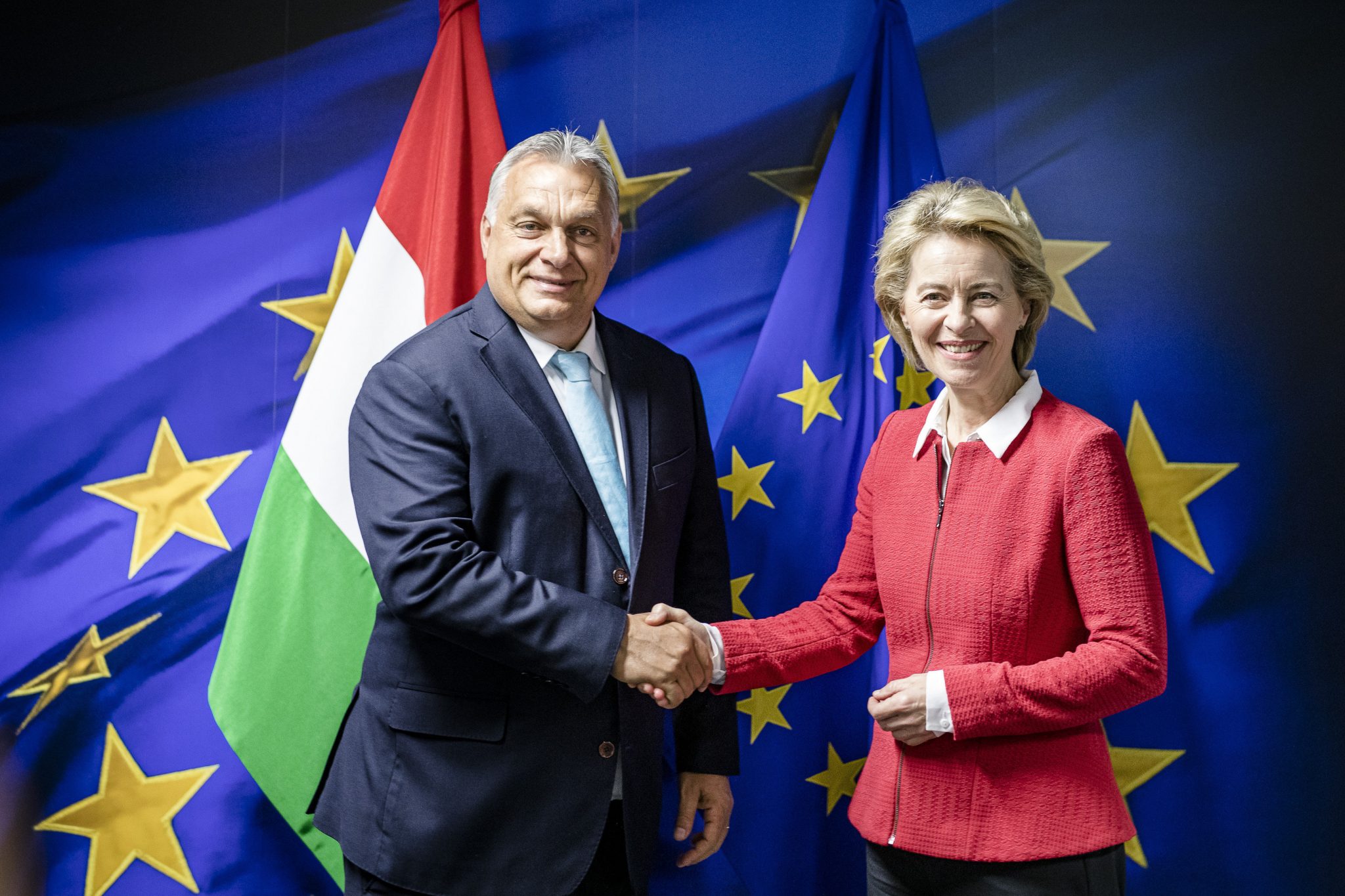 It was a good decision to “keep the ideological guerillas away” and vote for leaders who have a “pragmatic instinct for life”, Prime Minister Viktor Orbán said after meeting European Commission EC President-elect Ursula von der Leyen.

“We have come to a good decision, so far,” Orbán told public news channel M1.

He called Von der Leyen a politician “whose ideas for the future coincide with the same issues that concern us”. He cited security and the future of children and families as examples, adding that the development of a European military and arms industry were shared goals.

Von der Leyen has a sensitive approach to issues such as migration, and she has demonstrated that she can also “think with the head of a central European”, Orbán added.

“We’ll see what happens,” Orbán said, adding that the chance of achieving “sensible solutions” was higher than in the past and better than had any other candidate for the EC post been selected.

“We also want the various European Union countries to be brought together so that every country should remain as they are, Hungary could stay as Hungary,” he said.

Orbán said pragmatic approaches to tough issues such as climate change, energy, economic policy and migration were likely, adding that debates over migration were expected to be more meaningful in the future.

He said Von der Leyen understood the gaps between the approaches of western Europeans and central Europeans. The formers are concerned with integrating migrants while central Europe is unwilling to create a multicultural society, he added.

The prime minister said that Von der Leyen at the same time considered this should not form the central plank of the debate, but rather important matters should be discussed in which a positive outcome could be expected, such as border protection and procedures for migrants while the applicant is still outside EU territory, he said.

Orbán said they had agreed at today’s meeting that migrants should not be released into the EU while they are awaiting a decision on asylum. Rather, a humane solution should be found that ensures the safety of citizens. Also, they agreed that migrants who come to the EU illegally should be sent home.

On the subject of climate change, Orbán said they shared the view that humanity shares a common responsibility for the future. But whereas rich countries “can make serious statements on this issue”, a country the size of Hungary should only make commitments that it can keep. Hungary, he added, has undertaken to source 90 percent of its energy needs carbon-free by 2030.

Orbán added that Hungary is “under pressure” to say it will achieve zero carbon emissions by 2050. “I don’t see the chance [to make such a commitment] now,” he said, adding that he would not rule out making such a commitment in the future. Whereas there is a goal, no substantive plan as yet exists, “so we would be talking about this irresponsibly”. New and expensive technologies are needed, he said, adding that the EU should finance part of the related costs.

The prime minister said the issue of Hungary’s EU commissioner-designate had arisen at the meeting and he told Von der Leyen that László Trócsányi had topped the ruling Fidesz party’s list, and because people had been promised that Trócsányi would be Hungary’s next commissioner if they voted for the Fidesz list, this should be the case.