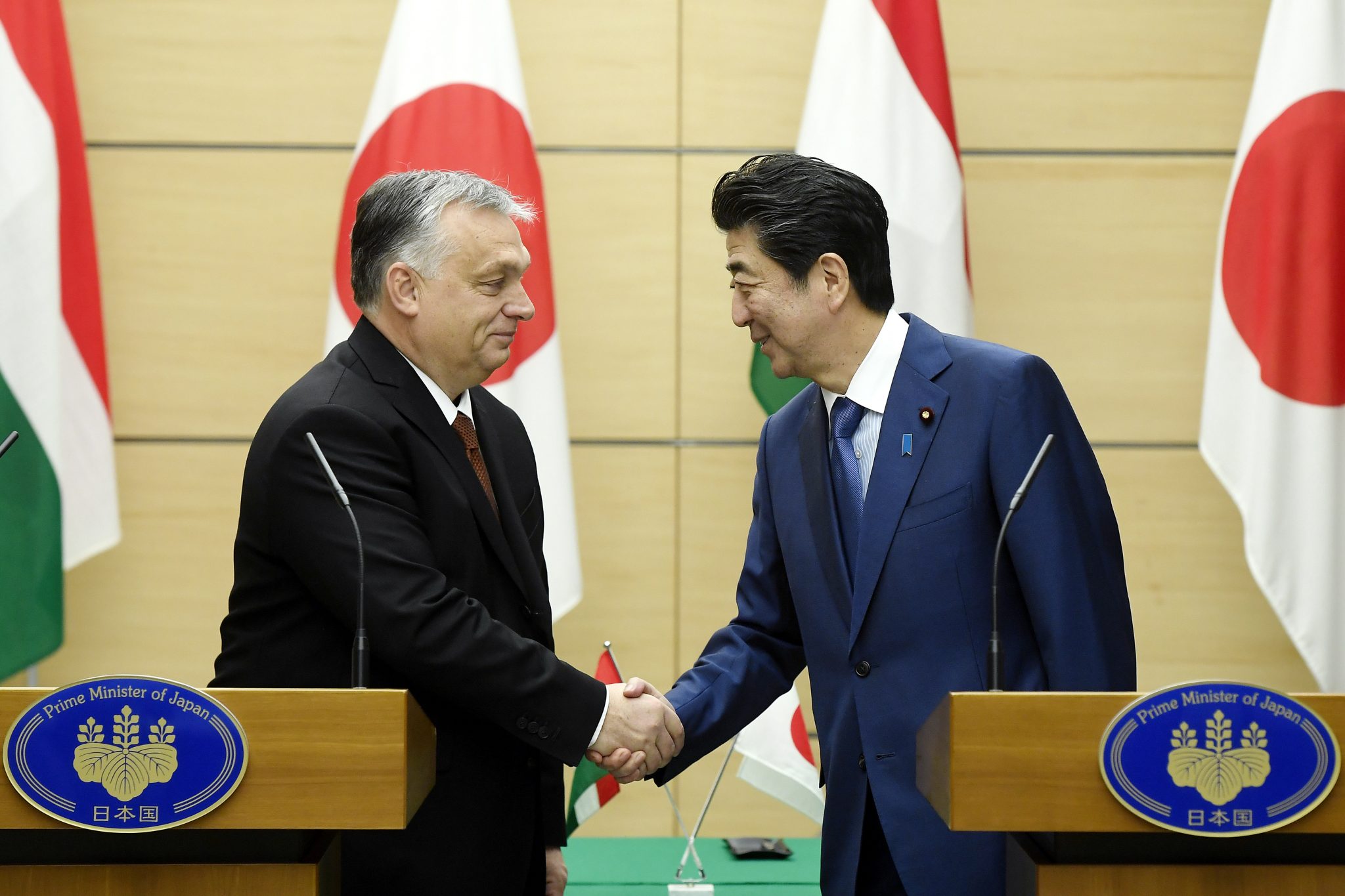 Hungary and Japan have a mutual interest in each other’s success, Prime Minister Viktor Orbán said in Tokyo on Friday.

At a joint news conference with his Japanese counterpart Shinzo Abe, Orbán said Japan’s success was important to Hungary since the country is its largest Asian investor. Japan, too, has an interest in Hungary’s success and has brought cutting-edge technology investments to the country.

Hungarian-Japanese ties, he said, were “special”. Whereas many countries doubted Hungary’s ability to succeed in the initial stages of its post-communist transformation, Japan had never wavered in its belief in the country, bringing improvements to Hungary and helping it to ride out a tough period, he said. Hungarians, he added, had not forgotten this and were grateful. 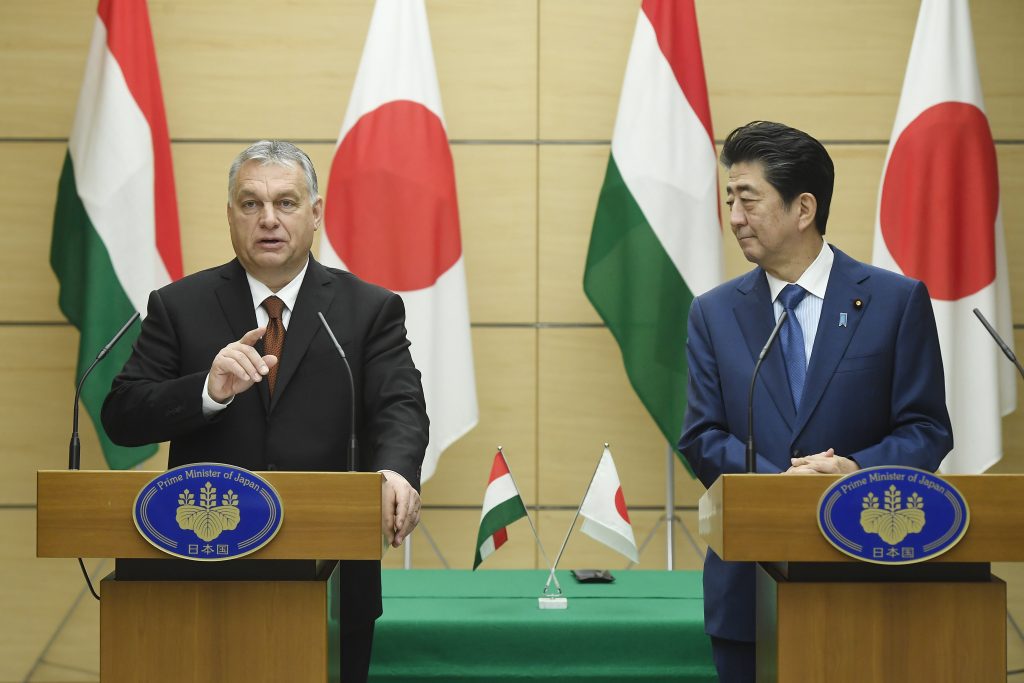 Orbán welcomed the fact that 600 Japanese young people are studying at Hungarian universities, 400 of them medical students. The state, he noted, provides 100 related scholarships.

On the topic of North Korea, he said that Hungary understood the nuclear threat and its impact on Japan’s security. Hungary is insistent that North Korea should disarm its nuclear capability and act as a reliable partner for Japan in preserving peace in the region, he said.

The prime minister said there was one area in which Japan and Hungary competed fiercely, albeit peacefully. “This is in the race for Olympic gold medals,” he said, adding that Hungary also wishes Japan all the best for the Tokyo Olympics.

Meanwhile, Orbán invited Abe to visit Budapest. A Japanese premier has not visited Hungary since 1990, he noted, adding it would be fitting to celebrate the friendship of the two nations together. 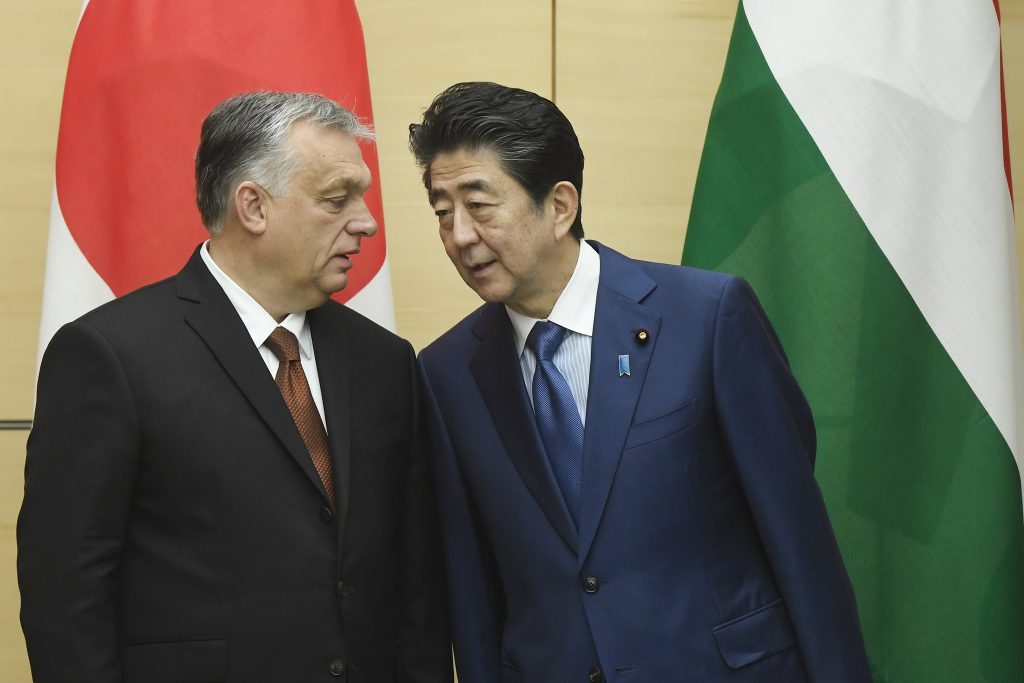 Hungary and Japan, he said, traditionally have maintained a good friendship since the 1990 change in political system, largely through cultural and scientific activities, and economic ties have developed apace.

He said Orbán had headed a long-standing and stable government and they agreed to work even closer together. Japan is keen to boost cooperation in science and technology and strengthen ties with the Visegrad Group, he said, adding cooperation in education, culture and sport would be on the agenda. He said Hungary should act as a bridge between Europe and Asia.

Orbán is in Tokyo to mark the 150th anniversary of the establishment of Hungarian-Japanese diplomatic relations. Before their news conference, an agreement was signed on extending the Stipendium Hungaricum Agreement and establishing a Hungarian guest lectureship at Josai International University, as well as an agreement on export credit insurance.