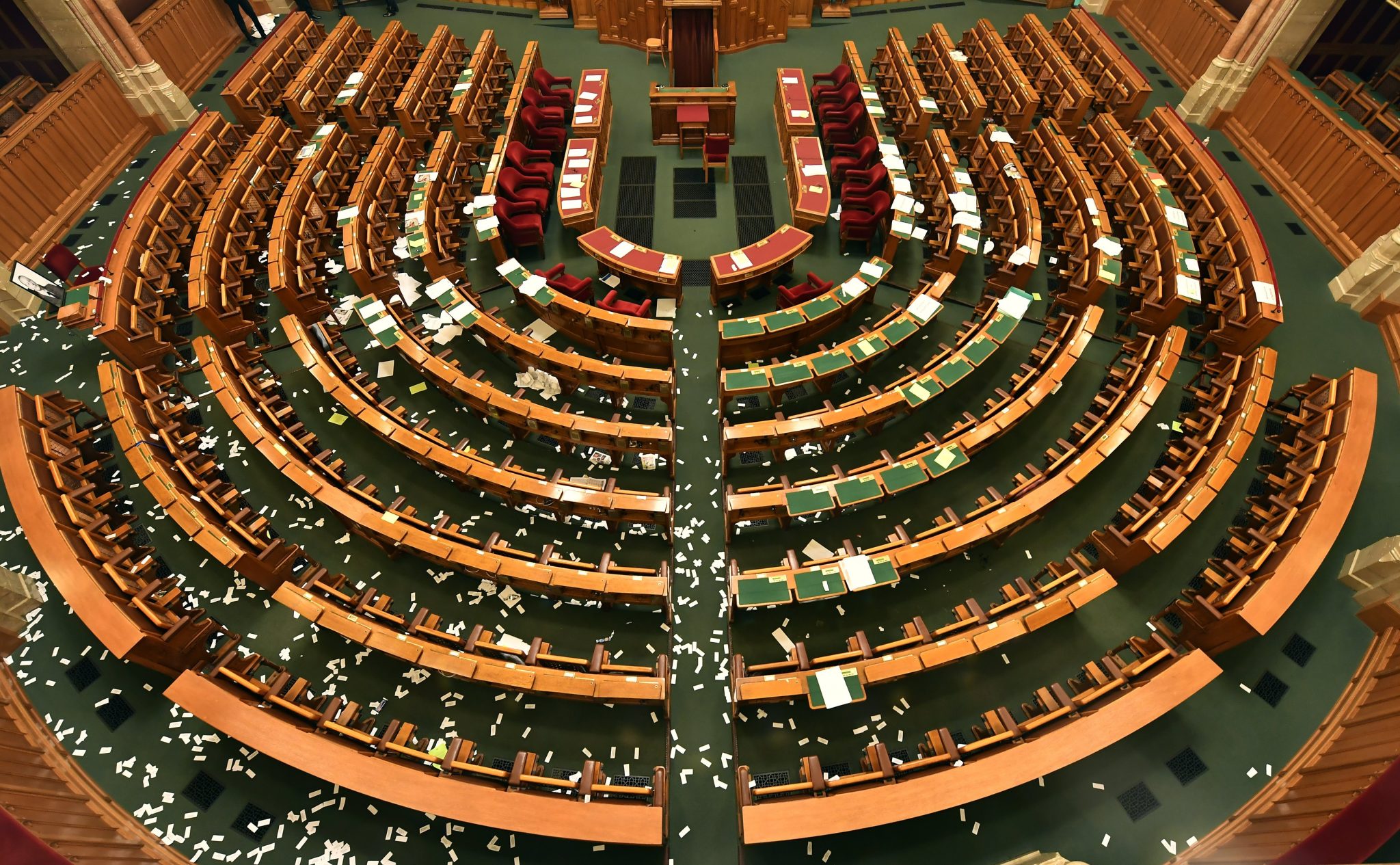 The parliamentary opposition parties are turning to the Constitutional Court with a request for it to annul the recent amendments to the labour code.

The opposition Socialist-Párbeszéd alliance said in a statement on Monday that the “slave law” was invalid given the “procedural irregularities” that went down in parliament when it was passed. The parties said they will also ask the court to declare invalid and annul the cardinal laws requiring a two-thirds majority that were passed in the same session.

The appeal was backed by the lawmakers of the Democratic Coalition (DK), the Socialist-Párbeszéd alliance, right-wing Jobbik and green LMP, as well as independent MPs, securing the required 50 signatures.

On December 12, parliament voted to raise the upper threshold for annual overtime from 250 to 400 hours. The opposition blocked the house speaker’s dais and obstructed proceedings with loud whistling and jeering in an attempt to thwart the vote and later demonstrated in the streets. The legislation was signed by President János Áder on December 20.

Ruling Fidesz said in a statement that the opposition were only using the labour code amendment as an excuse to “kick up a row”. “[DK leader] Ferenc Gyurcsány admitted this himself,” the statement said. “[US financier George] Soros has launched his European parliamentary election campaign and the entire opposition has joined his campaign.”