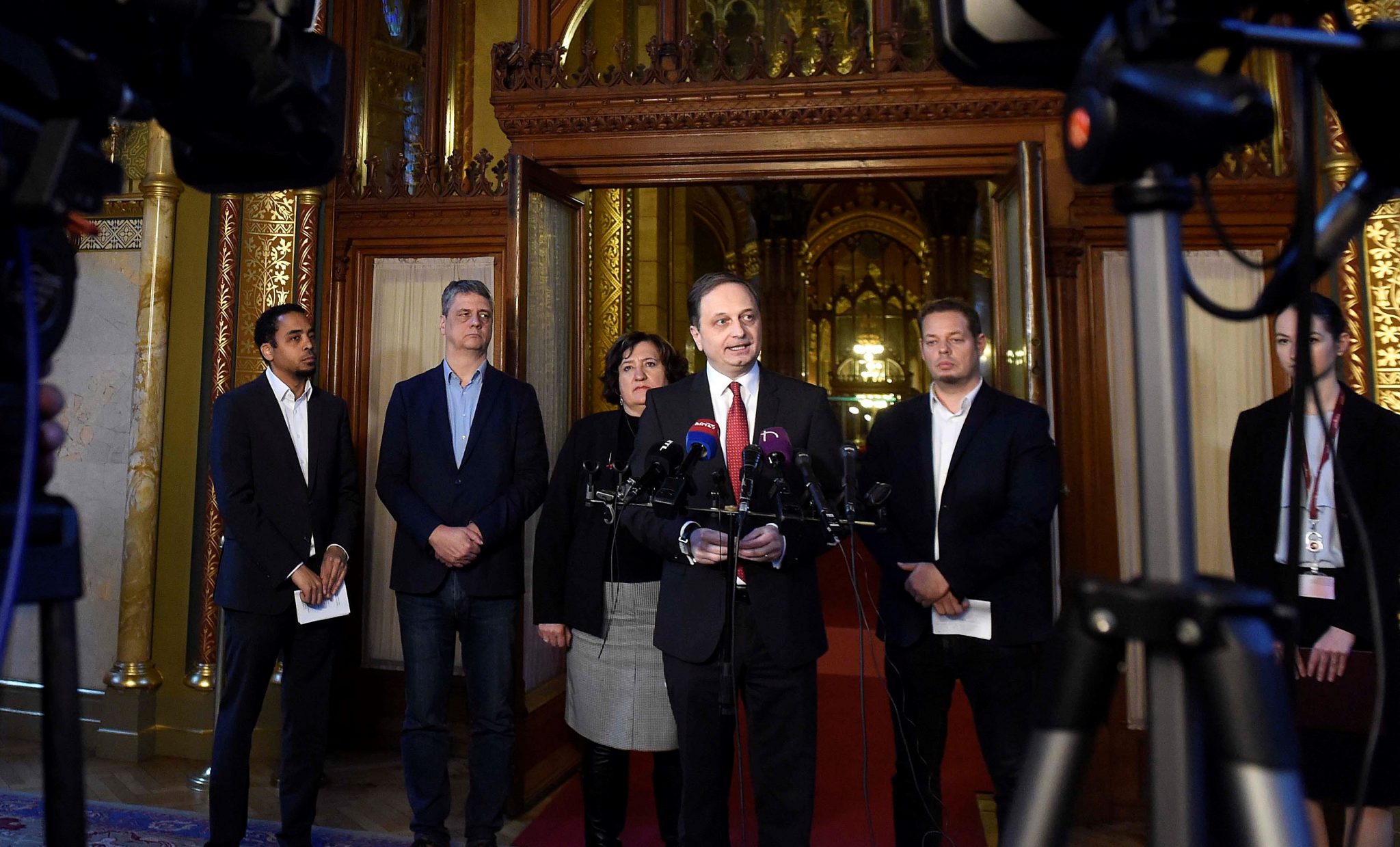 The opposition parties on Tuesday slammed the nomination of exclusively government-backed members to the Hungarian media authority NMHH.

At a joint press conference on Tuesday, nationalist Jobbik’s Koloman Brenner called it “a mockery of democracy” that the committee set up to nominate new members to NMHH on Monday had tapped only “pro-Fidesz” appointees. Brenner called for at least two opposition members to be elected to the authority.

Zita Gurmai of MSZP (Socialists) said that in a law amendment passed in June this year, the government had expanded the authority’s powers to assess frequency bids for radio and TV channels, adding that NMHH now had the authority to “cancel the operation of any broadcaster without explanation”. With Monday’s nominations, the government has cemented a pro-government authority for a further nine years, she added.

The leftist Democratic Coalition’s Zsolt Gréczy said the ruling Fidesz party had “mounted an occupation of supposedly independent institutions” in order to cement their power. “Freedom of the press is dead in Hungary,” he said, insisting that journalists had been barred from asking Fidesz lawmakers questions in Parliament and the lawmakers’ office building.