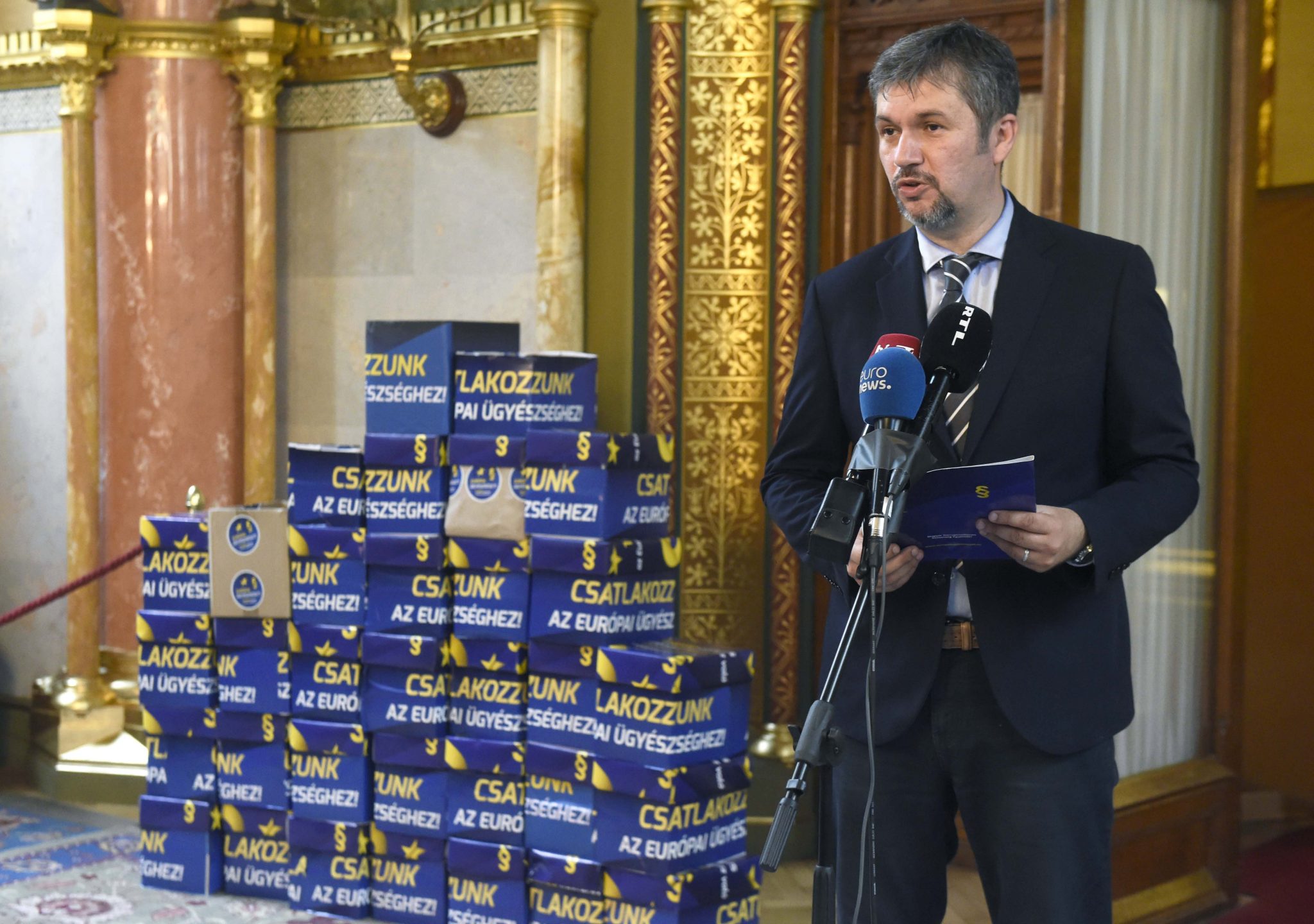 Opposition parties have collected a total 680,000 signatures in support of getting Hungary to join the European Public Prosecutor’s Office (EPPO), independent MP Ákos Hadházy, who initiated the campaign, said on Wednesday.

At a press conference, Hadházy said European taxpayers had a right to know what governments were doing with their money.

He said Hungary’s ruling Fidesz party had assumed power in 2010 with the sole purpose of “stealing EU monies”.

Hadházy thanked the 26,000 people who took part in gathering the signatures.

Of the 680,000 signatures collected, he said, 130,000 were gathered by the Socialist Party and the Momentum Movement. The signature drive was funded by donations worth 10 million forints (EUR 31,150).

On another subject, the independent MP said the opposition had “clearly lost the European Parliament election”.

“Democracy and truth lost out to the government’s propaganda machine,” Hadházy said. He said the opposition could only be successful in the autumn municipal elections if the parties cooperate properly.