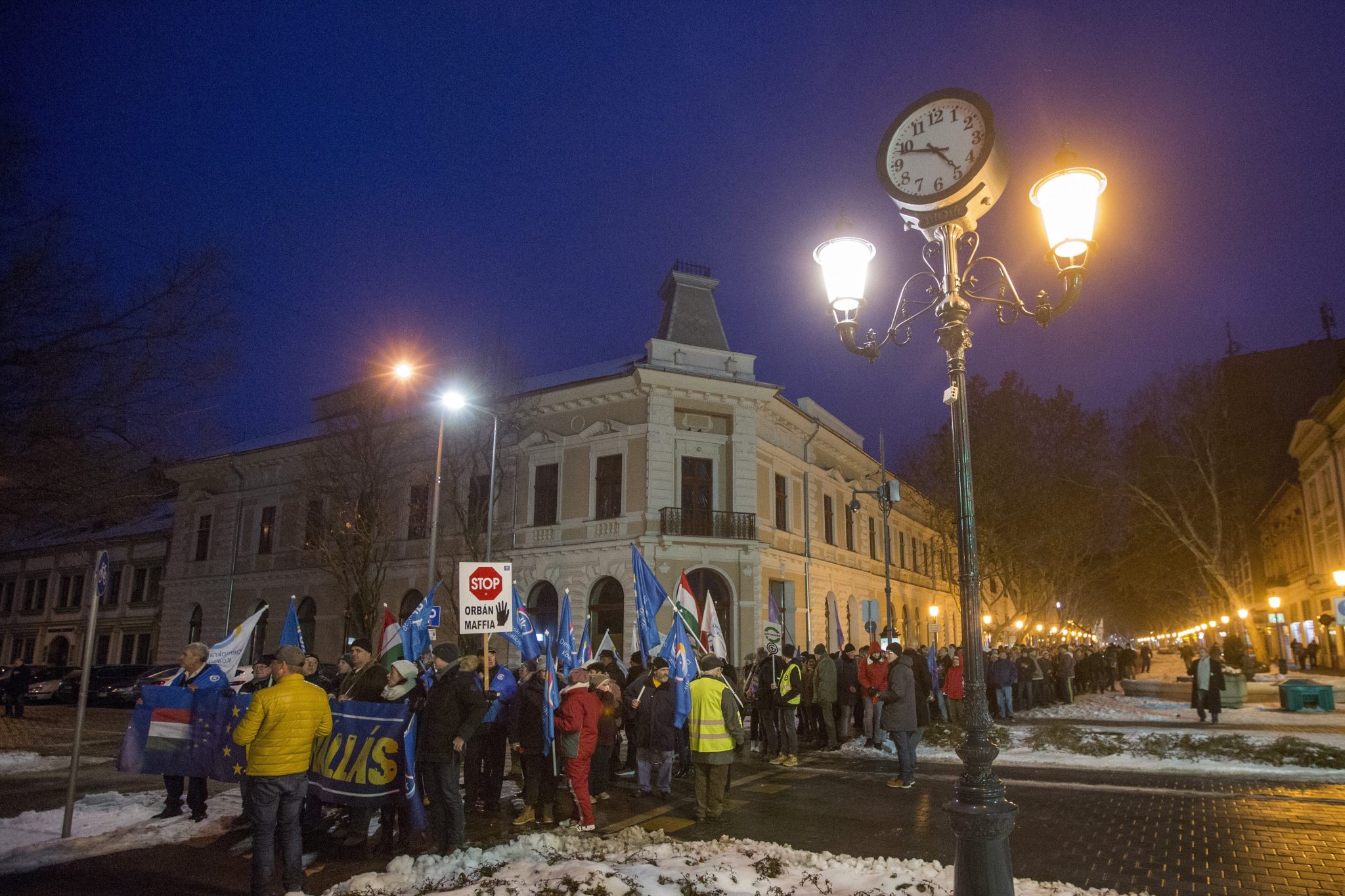 Opposition parties that do and do not have seats in parliament protested against the government as well as amendments to the labour code in Békéscsaba, in southeast Hungary, on Saturday evening.

The crowd formed a procession, waving opposition party flags and banners on which “Resist!” was written. Chanting “We are not afraid!”, the protesters walked along the city’s main street to the city hall where they listened to opposition politicians who had arrived for the demonstration.

Anett Bősz, the head of the Liberals and an independent MP, said the opposition is bound together by the needs of the “true republic”. Opposition parties, civil organisations and unions will continue joint demonstrations to bring about “a new change of system”, she added.

Democratic Coalition lawmaker Ágnes Vadai asked people to challenge the government on the labour code amendment passed in a year which was dedicated to supporting families.

Right-wing Jobbik MP Andrea Varga-Damm said the “slave law” had brought together the diverging ideologies of the opposition to achieve a common goal. “The European parliamentary elections will be the day of the new change of system”, she added.

LMP board member Kálmán Kis-Szeniczey called for a boycott of the “slave law”.

Bence Tordai, of Párbeszéd, said the opposition should pit single candidates against each Fidesz representative in the upcoming local council elections. 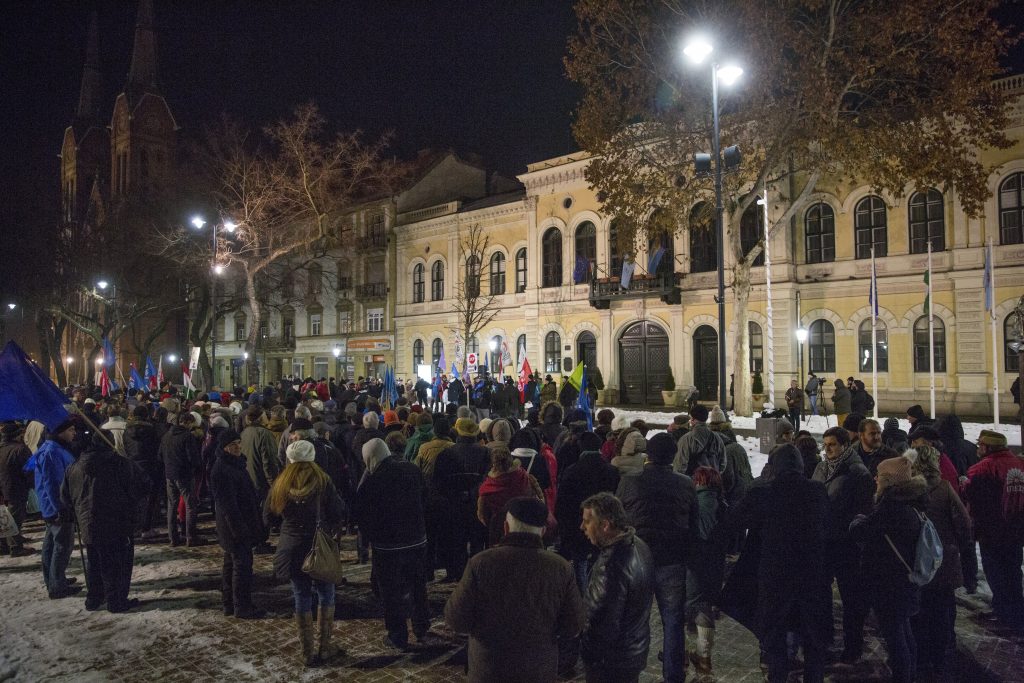 Anna Donáth, the deputy leader of Momentum, said the crowd gathered in Békéscsaba was evidence that people are not afraid and are again expressing their political views.

István Nika, a leader of unions association MADOSZ, said at most two in a hundred workers agree to work overtime and only because they can’t earn enough to provide for their families.

The amendments to the labour code, approved by parliament in December, raised the annual threshold for overtime from 250 to 400 hours.