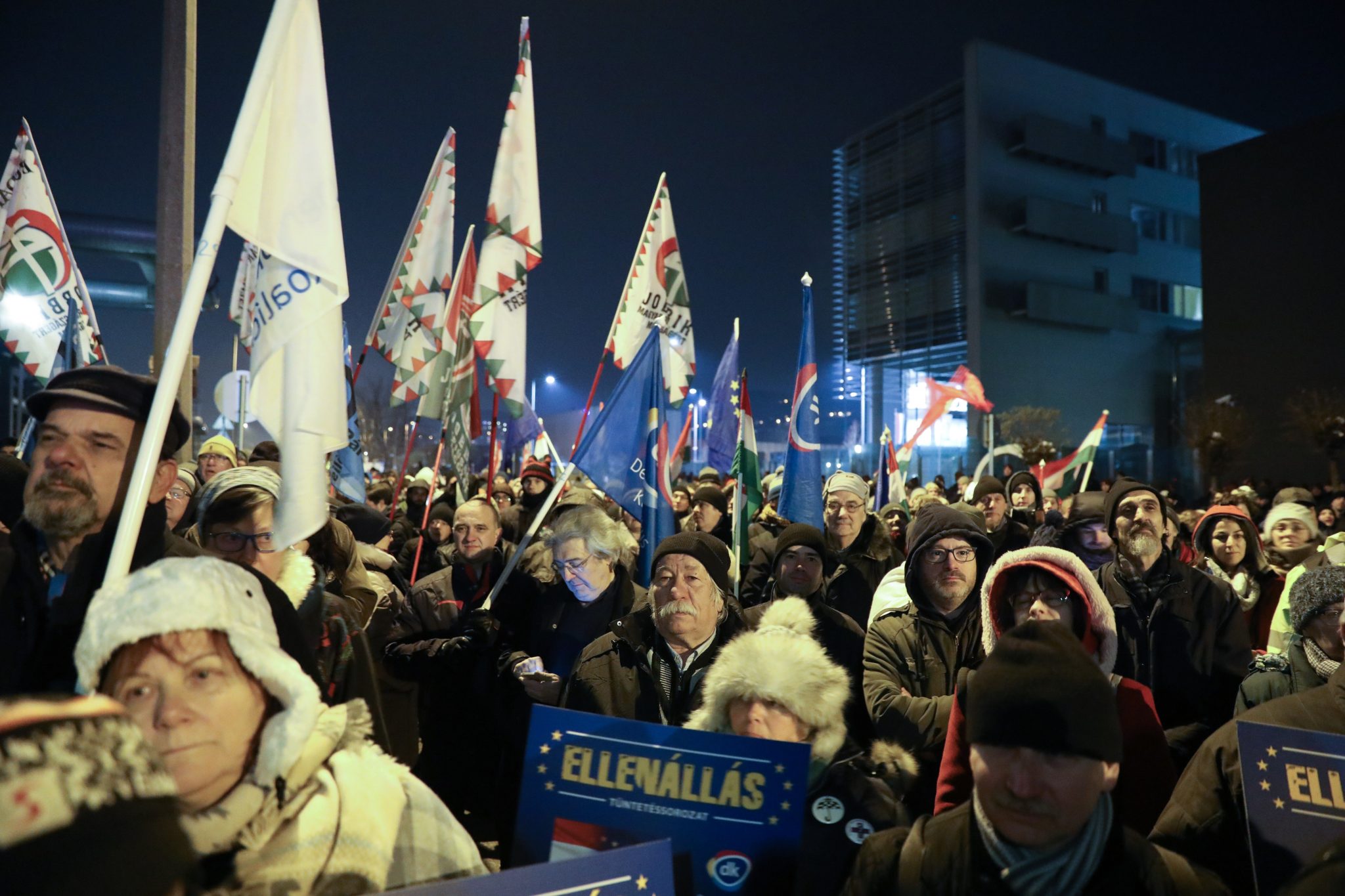 Opposition politicians attended a demonstration in front of the public media headquarters in Budapest on Monday, calling for a “free and independent public media” as well as the abolishment of MTVA, the public media asset manager and fund.

Bertalan Tóth, the Socialist Party’s leader, said that when the Fidesz won a two-thirds for the third time, it was time to conclude that the opposition’s parliamentary actions had been ineffective, and this is why they had disrupted the plenary session last Monday. “This fight must go on until the power holders understand that the people do not want repression,” he said.

Lajos Kepli, a Jobbik MP, said one big positive was that opposition forces were joining together as never before.

Sándor Székely, a Democratic Coalition lawmaker, told the crowd not to allow Fidesz “to set up unlawful courts”.

Tímea Szabó, co-leader of the Párbeszéd party, vowed to continue protesting in front of the public media headquarters until their demands are met and their petition is read out. She said it had been unprecedented since the 1990 change in political system for MPs to be removed by force from a public building.

Bernadett Szél, an independent MP, said violence had gone “to the next level” and she called for the interior minister to be sacked. She insisted that Prime Minister Viktor Orbán was also ultimately responsible for the manhandling of parliamentarians in a public institution.

Independent MP Ákos Hadházy told the crowd that with their demand for an independent media, the people had landed a blow to the holders of power.

András Fekete-Győr, the leader of the Momentum Movement, said “the system built since 2010” was trammelling the people, ignoring their opinions and laughing in their faces.

The opposition parties are demanding the abandonment of the amendment to the labour code and the new administrative court system, Hungary’s accession to the European Public Prosecutor’s Office and the creation of an independent public media.

A part of the protesters remained in front of the headquarters after the speeches were over, waving national and EU banners as well as flags of the protesting parties. 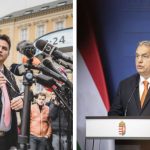