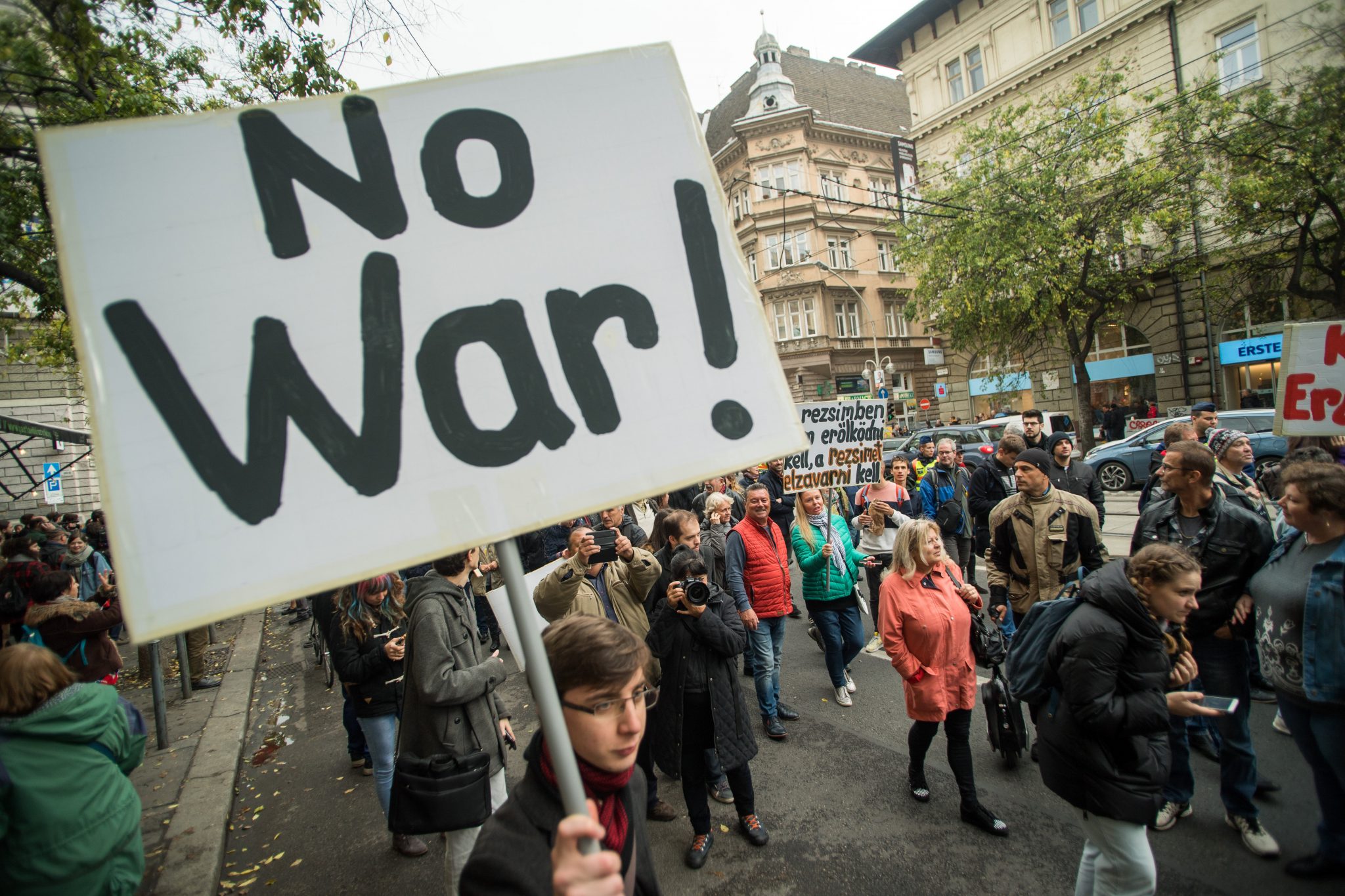 Turkish President Recep Tayyip Erdogan is visiting Hungary today, with closures throughout the city all day and several demonstrations against the visit. Last night, opposition party Momentum’s youth organization, TizenX (TeenX), put up posters and stickers in Budapest, as well as banners in the morning, protesting against the President’s Budapest visit, while the Democratic Coalition (DK) also printed pictures of “Syrian victims, who died because of the policy of the president.”

Momentum’s statement said that the posters and stickers with the caption “Child murderer Erdoğan!” are “drawing attention to the fact that many Kurdish civilians, including many children, have already died in the Turkish President’s war in Northern Syria. At the same time, while Orbán’s main aim is to defend Christianity, he doesn’t protect the Kurdish Christians living there, but supports a war against them.”

On Thursday morning, DK also organized a protest. They printed out images of Syrian victims who they believe have died as a result of the Turkish President’s policies. According to the party’s statement, they intended to place the signs on light poles on Andrássy Avenue so that the Turkish president could see them as the convoy passed, but the police prevented the activists from doing so. DK spokesman Balázs Barkóczi said that the party “finds it shameful that Hungary has become the gateway for half-Asian dictators, and we are ashamed that a war criminal will be free to walk around Budapest in 2019.”

Green opposition LMP has also called on the government “to stop supporting war crimes.” Deputy group leader Antal Csárdi said that by maintaining “close and manifestly friendly” relations with Erdogan, Hungary has given its tacit approval to the war crimes that Turkey has committed, adding that this makes Hungary “an accomplice to ethnic cleansing and genocide.”

Csárdi also called it “outrageous” that the central government’s office in the capital had authorized “Erdogan’s regime” to set up a school in Budapest. The foundation slated to run the school has gained notoriety for a teacher in one of its other schools praising the Islamic State, he said, adding that the Hungarian government “still refuses to recognize the national security risk it poses.”

In their statement, LMP also said that “the Turkish President’s visit to Hungary on Thursday will enter the history books with shame.”

With the arrival of the dictator in Budapest, Viktor Orbán spat on universal human values ​​and everything worth believing in.

In the name of opposition party Párbeszéd, Dávid Doros, Deputy Mayor for Climate Protection and Development, lit a candle “in solidarity with the Kurds and Turks suppressed by Erdogan” on Wednesday night.

There are closures throughout the city all day because of Erdogan’s visit – Andrássy Avenue was completely cleared of cars and passengers. At the same time, several demonstrations are organized and will be held around the capital today.

Yesterday, radical nationalist ‘Mi Hazánk’ party called on the public not to participate in welcoming the Turkish President during his visit to Budapest and they are also opposing the planned “extreme-left” pro-Kurd protests, the party’s leader said on Wednesday.

In the featured photo: protest in Budapest. Photo by Zoltán Balogh/MTI