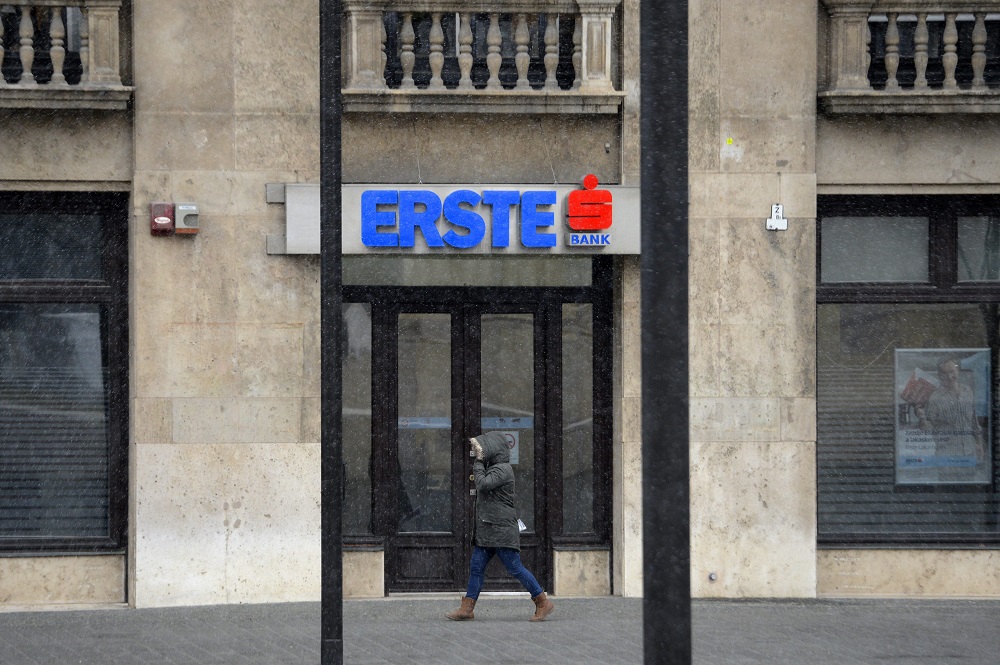 The left-wing Democratic Coalition (DK) said the government’s decision to acquire a 15% stake in Erste Bank was an admission that the bank tax had been a serious mistake. Financial institutions are in need of capital due to the drain of “punitive taxes”. Now the owners are unable to generate sufficient capital, a DK lawmaker said.  The opposition EGYÜTT (Together) party welcomed the reduction of the bank tax but said the state has no place in the banking sector. It insisted the state had paid over the odds for MKB bank and Budapest Bank. Now it has announced its plan to buy a stake of Erste Bank without knowing the purchase price, an Együtt lawmaker said.  Opposition PM also criticised the government for buying a stake in Erste “blindly” without knowing the bank’s current condition or sale price. The cabinet is continuing its “irresponsible practice” of buying banks needlessly, it said.

According to a memorandum signed with Erste on Monday, the state of Hungary and EBRD will acquire 15% each in Erste Bank Hungary through capital increase.  As part of the agreement, the bank tax will be reduced by 60 billion forints next year and will be further reduced in 2017-2019. Monday’s memorandum of understanding will acquire a stake in Erste Bank Hungary could contribute to a “stable and predictable” environment for the banking sector in Hungary, President Suma Chakrabarti, EBRD’s president, said. “The agreement is based on the realisation that a strong financial sector is essential for the sound and sustainable growth of the real economy,” he said.  “The Hungarian government fully understands the need for a more supportive environment in which transparency, predictability and search for the common interest are essential elements.”

The EBRD chief noted that some government measures in recent years had raised cause for concern but Monday’s agreement would be “an important step” in improving the relationship between banks and Hungary’s authorities, which he said had become “quite difficult”. Concerning EBRD’s motivation to participate in the deal, Chakrabarti said  it was important for Hungary’s banking sector “to retain the presence of strong private players” such as Erste “to ensure fair and transparent competition”. The investment in Erste may contribute to the future consolidation of Hungary’s banking sector and boost lending to the private sector, he said, adding that the latter objective accorded with the Hungarian central bank’s Funding for Growth programme. The EBRD hopes that it could step up its activities in Hungary “if the policy environment improves”, he said.