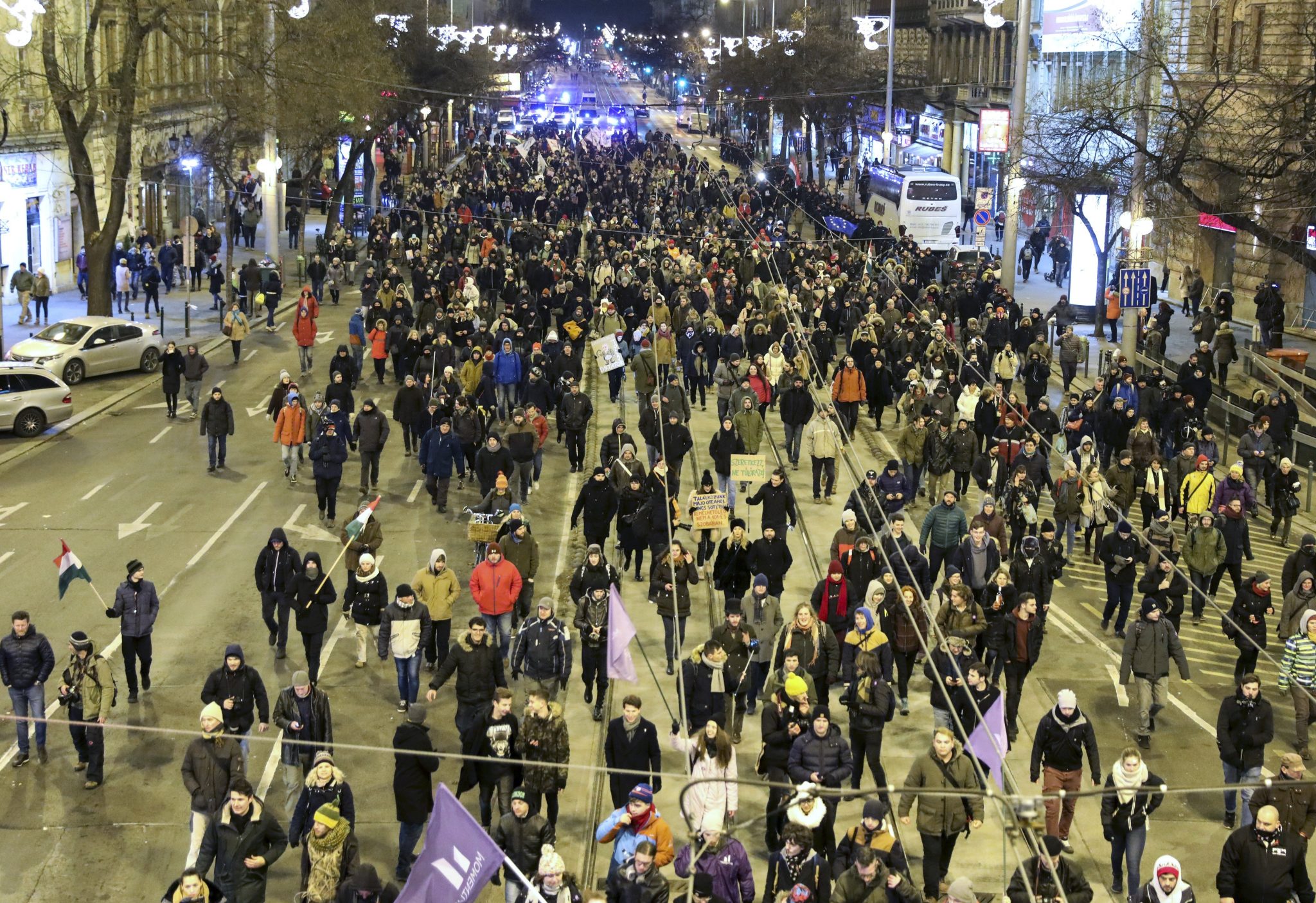 Representatives of opposition parties called for cooperation and further protests against the government at a demonstration in front of Parliament on Friday.

Addressing the participants, Socialist board head Ágnes Kunhalmi warned that the government could “resort to banning the opposition” if ruling Fidesz wins the upcoming European Parliamentary elections.

Anna Donáth, deputy leader of the Momentum Movement, said that the government had “crossed all borders” with its recent amendment to the labour code, and insisted that the opposition must “take solidarity with all social groups”.

Conservative Jobbik’s Andrea Varga-Damm urged that the government should be ousted and said that its members were “despots on the backs of the people” and that Prime Minister Viktor Orbán is “surrounded by Rasputins”. She also said that the prime minister could “send the police and the military against the people any time”.

After the speeches participants in the protest left the square and set off in the direction of Margaret Bridge, marched round the city, then returned to Parliament.

Some of the crowd, including protesters wearing masks, pelted different objects at the riot police that formed several lines on the steps of Parliament to protect the building. 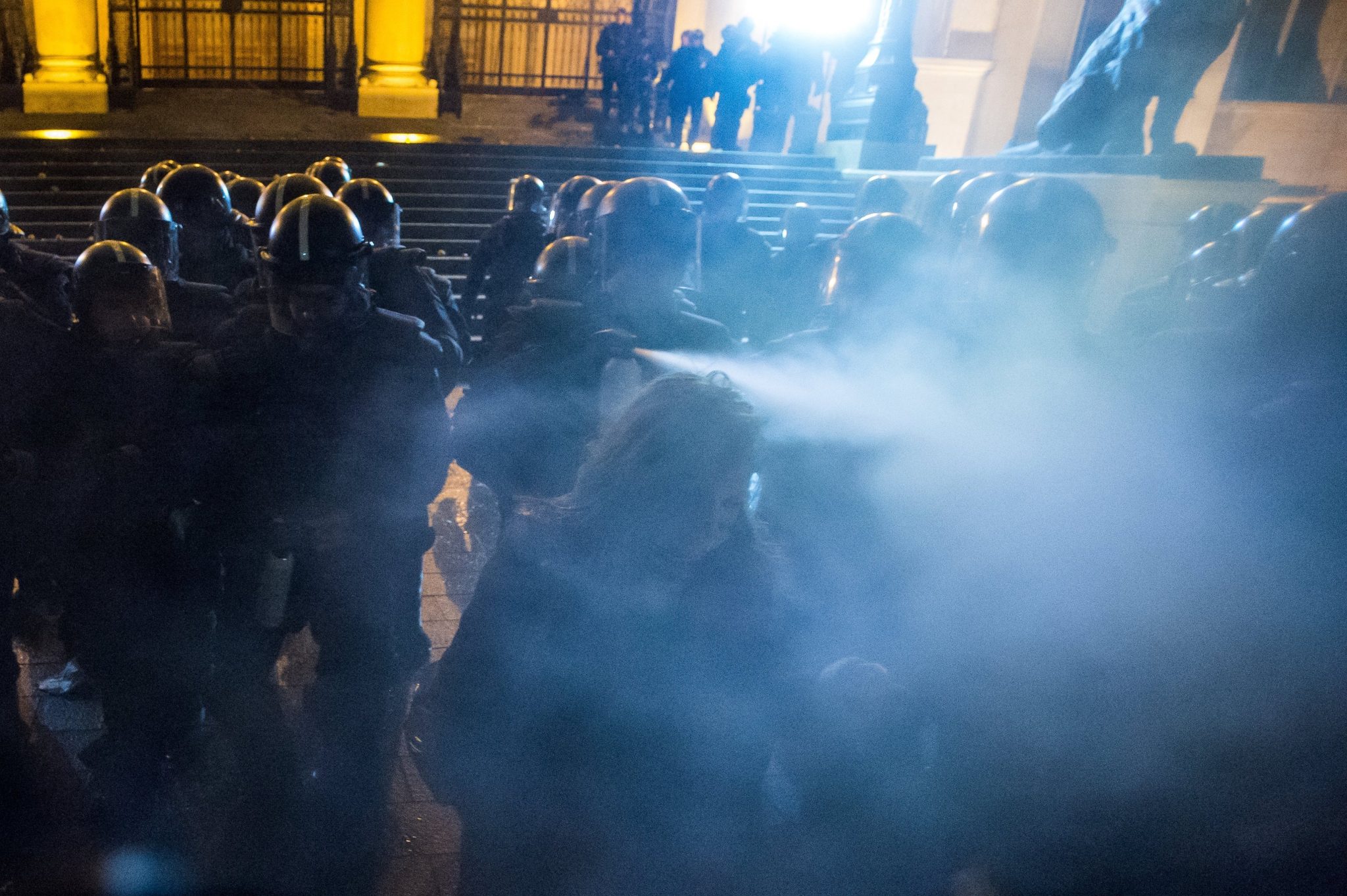 Police noted that during Wednesday and Thursday demonstrations 14 officers had been injured.

In another development, anti-government protesters staged a torchlight demonstration in Pécs, in southern Hungary. Addressing the crowd, independent lawmaker Ákos Hadházy said that “now it is the time for action rather than speeches to destroy the house of cards built by the government.”