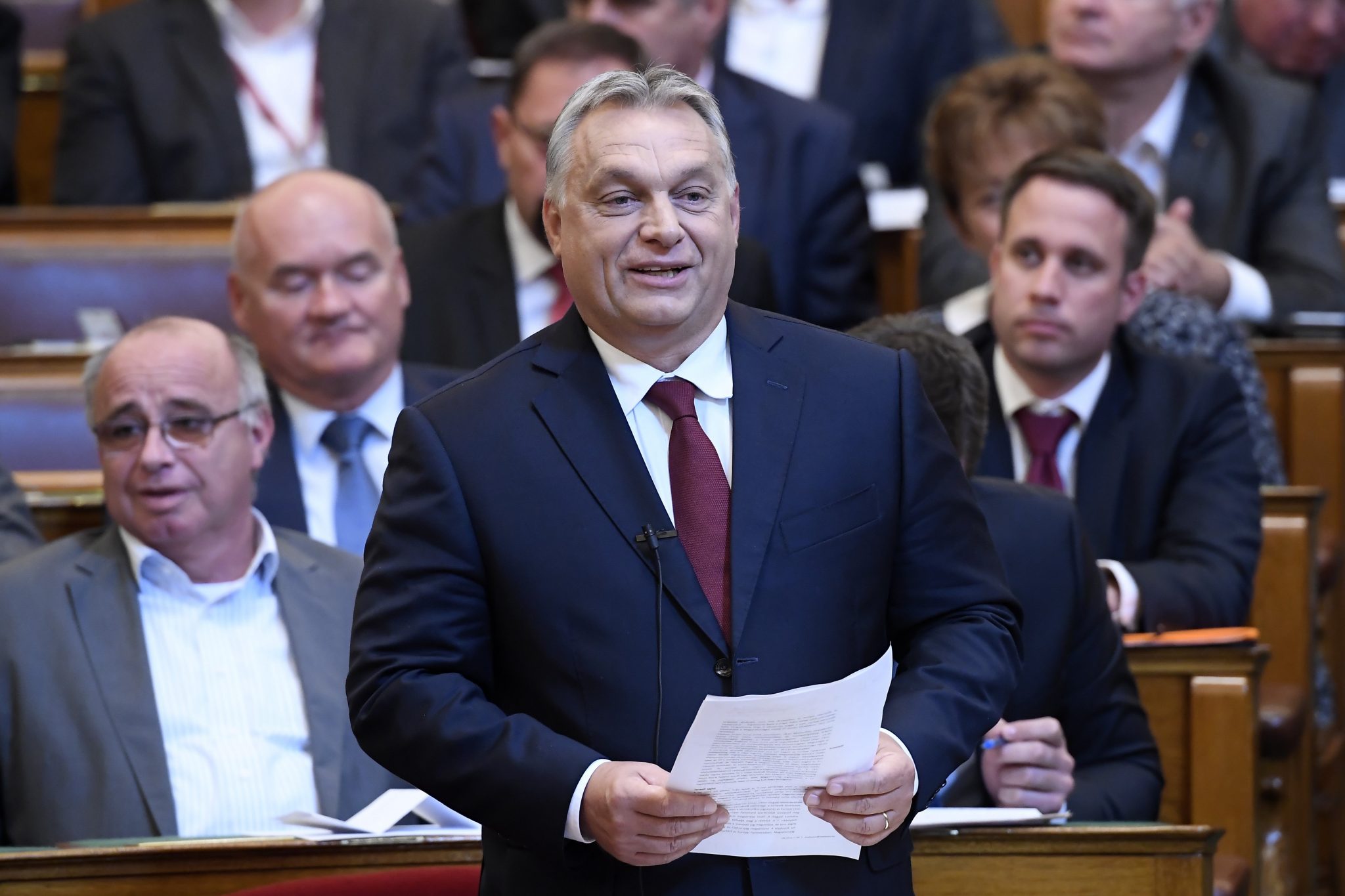 Jobbik said Orbán had lost in Europe and was at a crossroads. Márton Gyöngyösi, the party’s group leader, added that “it might not be too late” for the prime minister to “back down”. As regards a European Union proposal for a standing corps for the bloc’s border agency, Gyöngyösi said Orbán had fought for years for a joint European border protection scheme and the EU’s proposal was “in no way about transferring the right to control the borders to mercenaries”. According to the proposal, the border guards provided by the EU would be subject to the host country’s laws and report to its border guard commanders, Gyöngyösi said.

The Socialist Party said that with the approval of the Sargentini report, Orbán “has it on paper that he is a recidivist lawbreaker”. The report argued that the prime minister “serves his own interests instead of the common good and is enriching his own political elite,” group leader Bertalan Tóth said. “You are no longer Europe’s strongman … but Europe’s pariah” who governs against the will of the people, Tóth told Orbán.

The Democratic Coalition accused the government of “hiding behind the nation’s back” when insisting that the Sargentini report was drafted against Hungary. Ferenc Gyurcsány, the party’s chairman and group leader, called Orbán’s argument that the report was not about his government but the country as a whole “dumb”, saying that though its title does refer to Hungary, the document itself contains 48 critical remarks about the Hungarian government, but none about the country as a whole. Gyurcsány accused the government of “creating a dictatorship” and called Orbán a dictator. He argued that the government was taking away people’s right to be informed and “financially crippling its opponents and using the justice system to punish them”.

Green LMP said the migration debate launched by Orbán was a “pseudo-debate based on a genuine problem” which the government was using to “obscure reality”. László Lórant Keresztes, LMP’s group and co-leader, said Orbán was not interested in a solution to Europe’s migrant crisis, but rather in continuing to use it as a campaign talking point. He said there had been no genuine debate at the EU level about the causes of the migration crisis, adding that Orbán was also one of the politicians who had failed to present any meaningful proposals for resolving it. On the subject of the Sargentini report, Keresztes said his party had not backed the document because they considered it wrong to punish an entire country for its government’s mistakes.

Párbeszéd group leader Tímea Szabó dismissed the ruling party’s accusation that opposition politicians were traitors, and called Orbán traitor. “You’re the one attacking Hungary and the Hungarian people,” she said, adding that the report was critical only of the Hungarian government, not Hungarians. She argued that it was not the people who were to blame for Hungary’s low pensions, “the persecution of homeless people, Europe’s shortest-term jobseekers’ allowance or the abolition of the science academy’s world-renowned research institute”. Szabó insisted that Orbán only cared about “money, stealing and power” and “couldn’t care less about Hungary or the Hungarian people”.

Coronavirus: Jobbik Calls for One-off Benefits to be Tax Exempt in Emergency