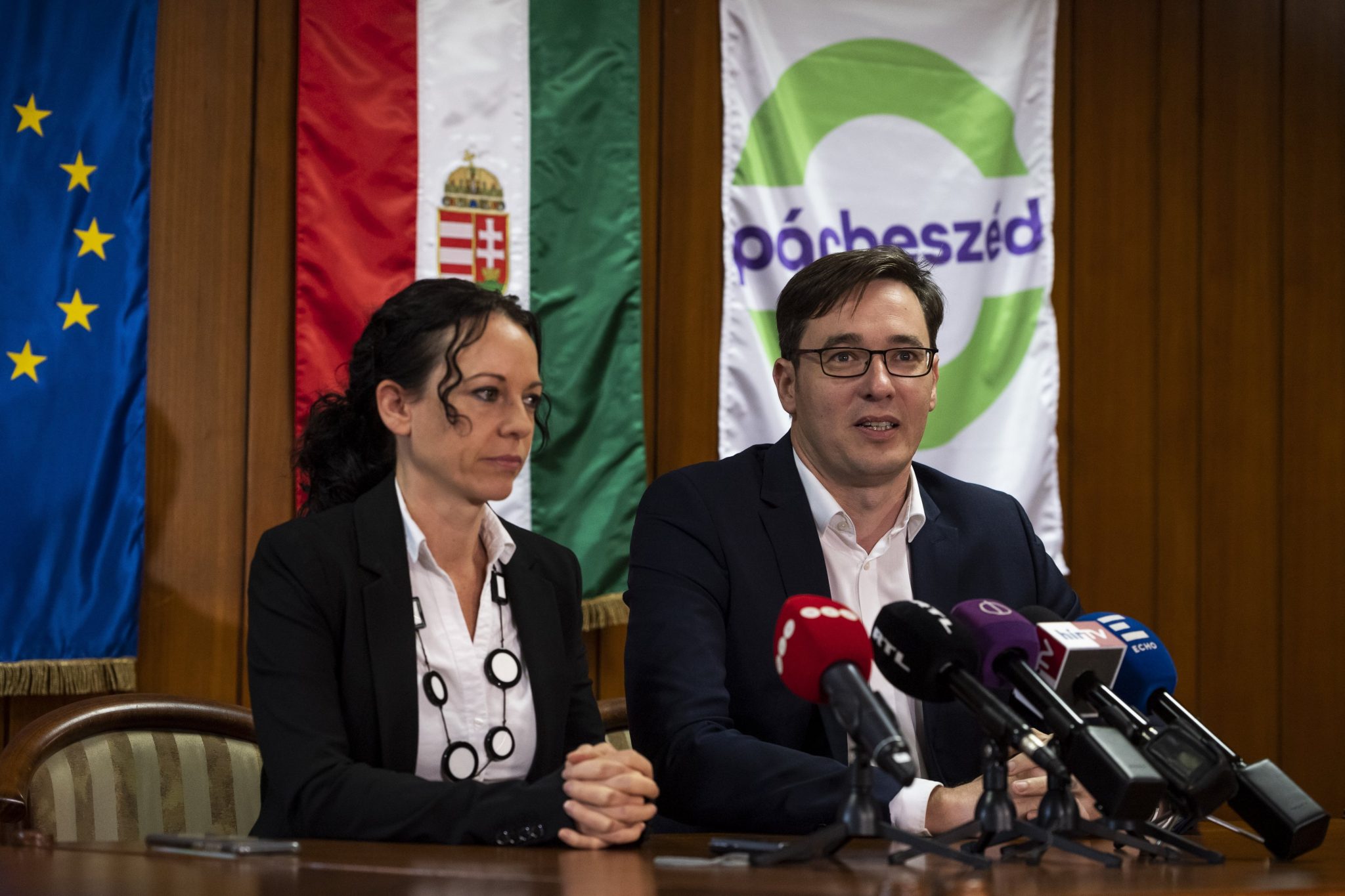 Tímea Szabó and Gergely Karácsony were both re-elected unchallenged for another 18 months as the liberal opposition Párbeszed party’s co-leaders at a party meeting on Sunday. Party members also voted to appoint members of Párbeszéd’s board. Besides Szabó and Karácsony, the other members are Zsolt Szabó, András Béres, Beáta Hegyesi, Bence Tordai and Peter Mach.

At a news conference, Karácsony said Párbeszéd will campaign together with the Socialist Party in next year’s European Parliament elections. In the meantime, Párbeszéd will seek out other partners for a wide-ranging “European alliance”.

He said that whereas several opposition parties were preparing their own separate lists for the EP election, many civil society organisations and social movements shared Párbeszéd’s precepts. So it wants the broadest possible social support for their EP list with the Socialists, he added.

Szabó said Párbeszéd’s alliance with other opposition forces would only endure if Karácsony was re-elected as the mayor of the Budapest district of Zuglo in next year’s local elections, with the support of their allies at local, regional and national level.

Szabó said Párbeszéd’s key policy is to introduce a basic universal income. Also, the party wants to work to scrap the expansion of the Paks nuclear power plant and solve housing problems, she said. Further, health care and education will be priority areas, she added.

In response to a question, Karácsony said he continued to back a primary for selecting the opposition’s candidate for Budapest mayor and hopefully related agreements would be ready by the end of the year. Any attempt to split the opposition forces in the capital would be irresponsible and lead to the re-election of Fidesz’s István Tarlós, he added. With a primary, votes will converge on the best candidate as part of a democratic process, he said. “I find this principle more important than any personal ambitions,” he added.