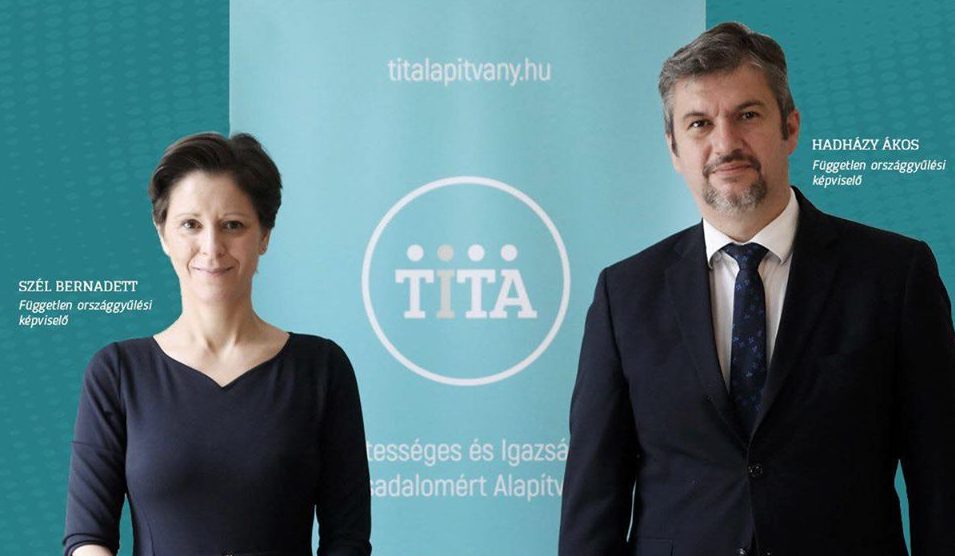 Independent Members of Parliament, Ákos Hadházy and Bernadett Szél, former co-chairs of the centrist green opposition LMP party, are asking people to send their empty national consultation forms to them instead of the government. With the initiative, the politicians would like to draw attention to the fact that many people do not like the “imitated dialogue” between the government and the citizens and the “propaganda disguised” in the form of a national consultation.

The government has mailed its ninth national consultation questionnaire to all adult citizens asking their opinion on a total of 13 topics, including the government’s policies in tackling the coronavirus pandemic, its plans to reboot the economy, internet usage among families with children, promotion of domestic tourism, and the “Soros plan.”  This is the ninth such public consultation by the government.

However, as they began to arrive in the mail, two independent MPs, Bernadett Szél and Ákos Hadházy launched an initiative – suggested to them by several members of the public – to collect the empty national consultation sheets. According to them, these national consultations are only propaganda tools- with their suggestive questions they are only good for advertising and are not suitable for real social dialogue. In addition, these are not about the most important issues affecting the country, they say. According to Szél, there are a number of more important questions that could be discussed, for example, the enlargement of the Paks nuclear power plant, the Budapest-Belgrade railway, or the further relaxation of labor laws.

Thus, the two independent MPs launched the campaign, emphasizing that they only help with organization, “the idea belongs to the people.” They both stressed that they are not collecting a database of sympathizers. They are not interested in who is sending in the blank sheets, they are not keeping the envelopes, and no records are being kept of the senders either. They do not want to compete with the government on how many sheets they can collect, because according to them,”the government’s numbers are not verifiable.”

Back in 2017, Szél and Hadházy, after lengthy research, said they could not find any serious, credible records of the number of questionnaires returned during the previous national consultation survey, not even when they visited the warehouses storing the sheets. With this new initiative, the two politicians’ aim is to give people a platform where they can express their resentment. Hadházy said that with this move, “we can show that we do not tolerate silence, we do not march to the slaughterhouse like animals.” Collection points have also been set up throughout the country, from where activists gather consultation sheets from their neighborhoods and send them back by August 15th to the ‘Foundation for a Fair and Just Society,’ established by Ákos Hadházy.