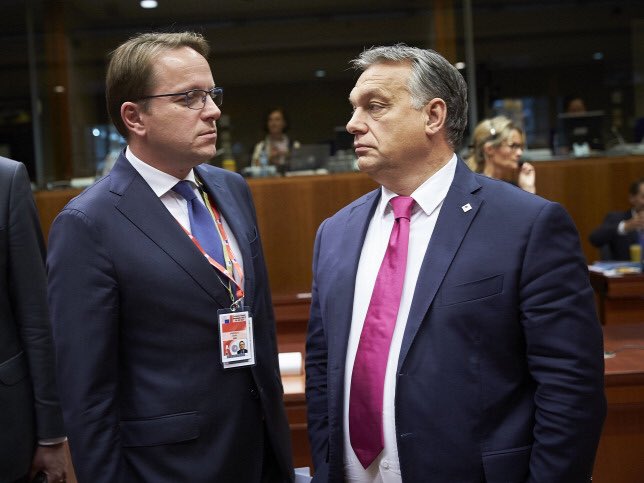 After former justice minister Trócsányi’s nomination as EU Commissioner was nixed twice, Viktor Orbán proposed ambassador Olivér Várhelyi as Hungary’s new candidate for the incoming European Commission. In their recent article, azonnali.hu, a site with close ties to opposition LMP who are lacking European representation this term, asked Hungarian opposition MEP’s what they think about the nomination of the diplomat and whether they could support him with their votes. Fidesz MEPs have yet to comment on the decision.

Katalin Cseh, liberal Momentum’s MEP said she was curious how Várhelyi would present himself in front of the committee, as he can expect “tough questions.” The ambassador would get an extremely important portfolio, “and being able to run a permanent representation does not necessarily make him capable of managing the expansion portfolio,” she added.

According to Momentum MEP, the criteria that every Commissioner must meet are “commitment to Europe, sharing the values ​​of the European rule of law, and professional competence.”

Leftist-liberal DK MEP Attila Ara-Kovács said he would only decide whether Várhelyi was able to represent Hungary’s interests in the European Commission after the hearing, but added that he would not rule out backing him as “DK supports everyone who represents Hungary’s interests.” The Brussels representative also pointed out with some irony that he considered Viktor Orbán’s nomination of a “Brussels bureaucrat” to be unsettling because the PM had been fighting against them so far.

Socialists (MSZP) MEP István Ujhelyi admitted that Várhelyi is undoubtedly an “EU expert” but noted that Olivér Várhelyi was particularly unpopular in the EU because as a mission leader he “ has not devoted his knowledge to the cause of Europe and Hungary, but to be Orbán’s soldier.”

Responding to the portal’s question, nationalist Jobbik MEP Márton Gyöngyösi said that Várhelyi was a better candidate than László Trócsányi, though there was “no worse” than the latter. Gyöngyösi also stated that “we are talking about a well-prepared, experienced diplomat,” although it is “worrying to see Várhelyi posting government propaganda on social media,” calling it “a particular perception of a diplomatic role.”

In his post, he noted that although Várhelyi’s professional attributes are outstanding and he is one of the few among the commissioner candidates who have a professional career behind them, if he is the real candidate of the PM, that would mean “Orbán’s huge defeat and failure.” Because this way it seems “he was unable to find a politician, a public figure for this important political position after winning the elections by two thirds 3 times in a row,” Kendernay added.

After Viktor Orbán announced that he would nominate the diplomat as Hungary’s candidate for European commissioner, Várhelyi called his nomination on Twitter a great honor and privilege.

It is a great honor and privilege to be nominated as Hungarian member of the Commission! https://t.co/RaLFHwyTdC