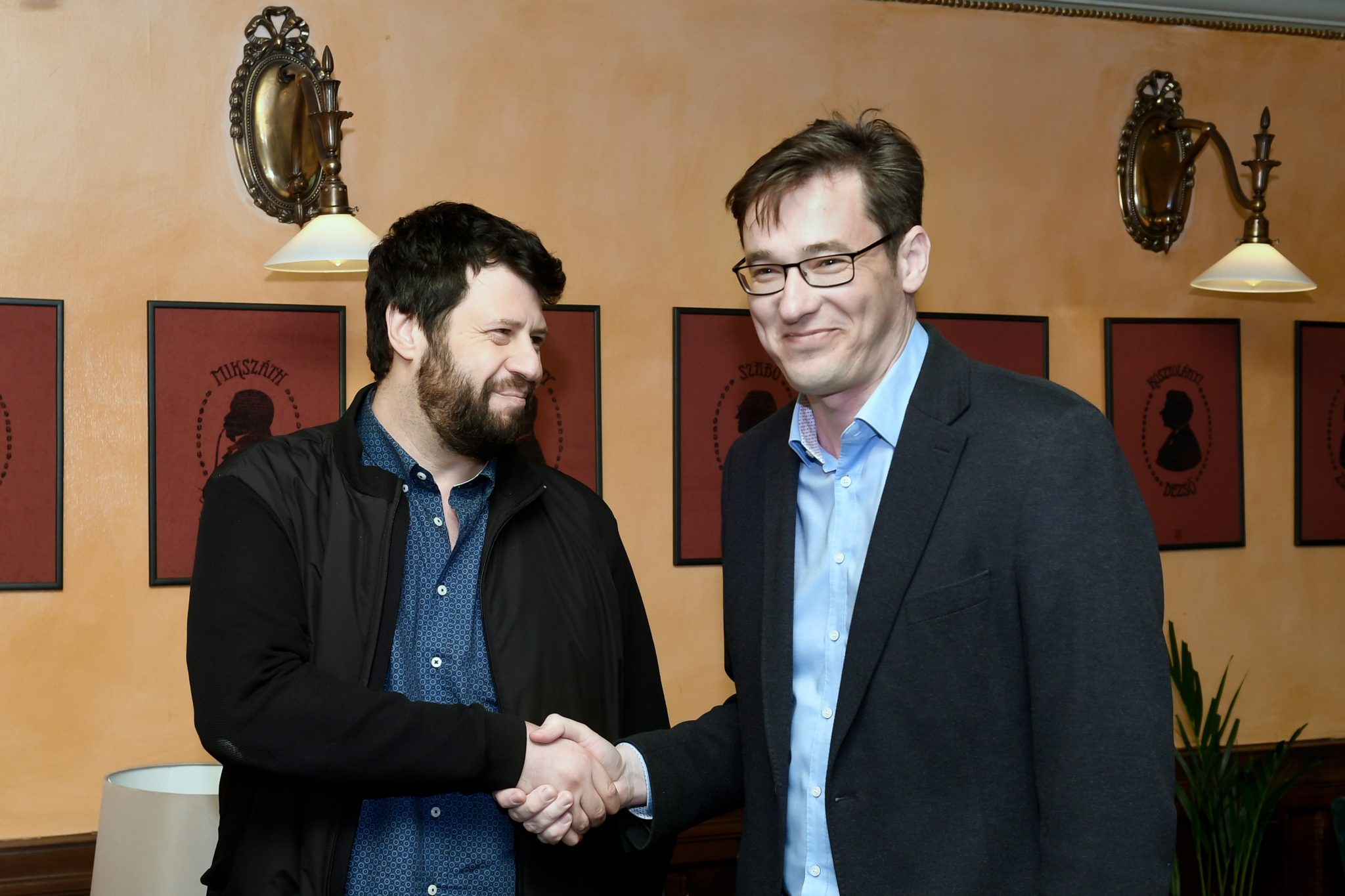 Gergely Karácsony, the Budapest mayoral candidate representing four opposition parties, and Róbert Puzsér, the green opposition LMP party’s candidate, have vowed to step aside in favour of the other in a primary to be held in the summer ahead of the autumn local elections.

Karácsony, the co-leader of the Párbeszéd party, was voted by Democratic Coalition (DK), Párbeszéd, Socialist and Solidarity Movement supporters as their candidate in a primary held in February.

At a discussion organised by news site Válasz Online, Puzsér pledged to drop out of the race if he lost the preselection vote but said that he would only support Karacsony if he implemented his “Walking Budapest” programme. Karácsony agreed to support Puzsér should the LMP candidate win, and said that their programmes “were not that different”.

On the featured photo (left to right): Róbert Puzsér and Gergely Karácsony. Photo by Szilárd Koszticsák/MTI