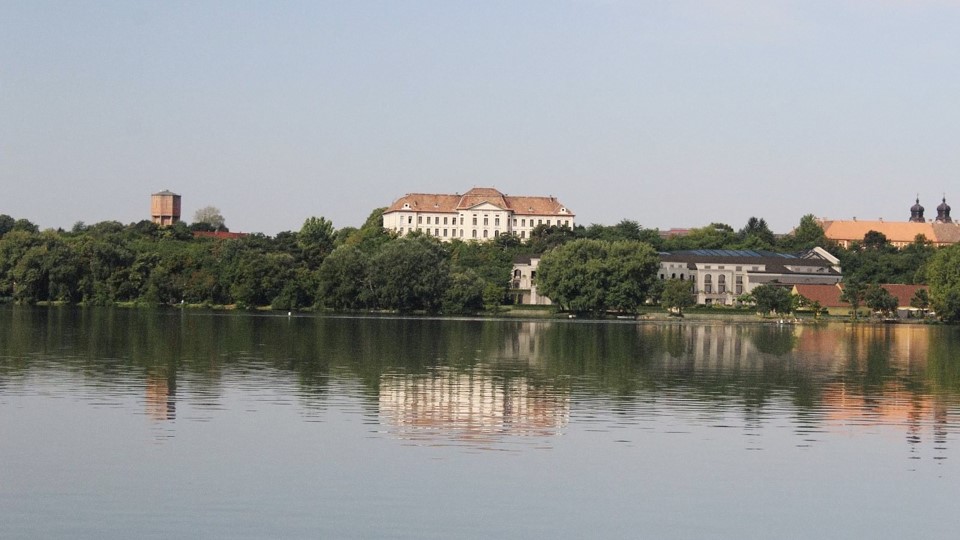 Although Hungarian energy drink manufacturer giant Hell Group’s planned luxury hotel on the shores of Tata’s Öreg-tó (Old Lake) is highly criticized both by political and environmental circles, the project will most likely go ahead. Lately, green opposition party LMP addressed the face of their marketing campaign Bruce Willis in an attempt to prevent the construction.

Hell Energy is one of Hungary’s biggest energy drink manufacturers and also leads the market in eight other countries. The company has also been on the receiving end of billions of state subsidies for various projects and lately engaged in a number of prestigious investments: for example, an expensive, elite school in Miskolc and a luxury resort in Miskolctapolca.

News about the hotel construction first made headlines in February, and immediately met with objections from civilian and opposition parties and representatives who even launched a signature-drive (that has reportedly managed to accumulate more than 4,000 signatures), and an aired referendum initiative, “in order to prevent the investment, fearing that the lake would lose its atmosphere.”

Hell Group, on the other hand, emphasized that the 5-star hotel project would cost around HUF 24 billion (EUR 69.6 million), is estimated to generate a yearly income of HUF 100 million (EUR 290 thousand) for Tata, and would also create 120 new workplaces. The company also insisted it would comply with all laws, will additionally do repairs of the surrounding areas (playgrounds, the public beach), and the lake could still be walked around.

The state-of-emergency also played to Hell’s benefit, as the town’s Fidesz mayor József Michl could unilaterally qualify the area a priority development site while referendums and demonstrations were impossible. And Hell’s announcement at the end of May about their choice (lake Balaton area was also in for the development) also drew controversy, as the town’s opposition representative and certain press outlets were excluded. In the mayor’s reasoning, “members of the opposition are campaigning at a central command and working against the interests of the town.”

Environmental organizations also oppose the plans. In the view of the Hungarian National Committee of the International Council on Monuments and Sites (ICOMOS), the “over-sized hotel building program would cause serious damage to the appearance of the historical settlement of Tata, which is one of the most outstanding examples of the intertwining of landscape, natural environment and baroque historical settlement, (…) which has rightly brought fame and recognition to its city.” Therefore, they called on the decision-makers to stop the investment that both in mass and form is largely in contrast with the place and its surroundings.”

Birdlife Hungary (MME) said that both the construction and future operation will predictably lead to such light, noise, traffic, and would cause such complex damages to the natural environment that the international significance of the Old Lake would be called into question.

In addition, the town’s opposition representatives claimed that the hotel would be built in a protected nature reserve and would involve trees being cut down.

And in the most recent happenings, green opposition LMP addressed Bruce Willis, who regularly stars in the company’s ad spots. MP Péter Ungár, wrote him, for example, that the “investment could lead to a serious ecological disaster around the lake: that is also the unanimous opinion of the experts, key civil society representatives and the local people.” He then calls up the actor “who is committed to environmental protection, to speak out against the investment and emphasize that protecting our natural environment is much more important than a few luxury apartments on a sheltered Hungarian lake.”

Govt-critical Index also asked investor Avalon Center Kft. (part of the Hell Group) about LMP’s letter, ICOMOS’ and MME’s position. In response, the company, without addressing the environmental organizations’ complaints, said that they “would like to believe that political forces in Hungary do not deliberately hinder a value-creating investment for the purpose of political gain, which provides the city of Tata with many tourism opportunities in the long run. During the planning, we took into account the current environmental legislation and we are working in maximum cooperation with the authorities. We are aware that the investment can only be successful if it is carried out by informing the local population and taking environmental considerations into account, as exemplified by [the company’s aforementioned development] Avalon Park in Miskolctapolca, which boasts the title of the best park hotel in Europe.”

featured image: the visual designs (the planned hotel is the long white building right on the shores); via Facebook