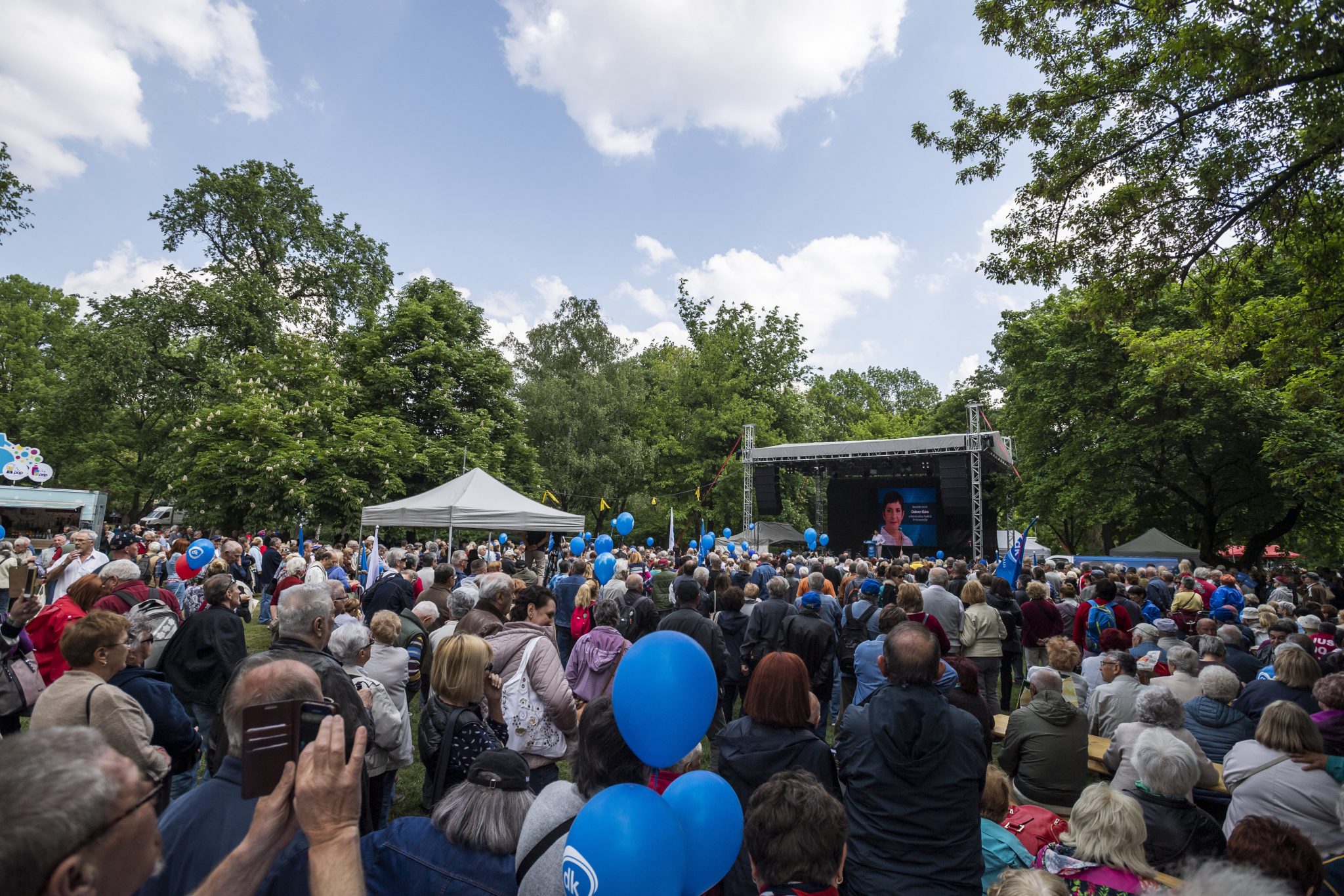 In their May Day – which is also the 15th anniversary of Hungary’s  EU membership – celebration speeches  Hungarian opposition politicians emphasized the importance of the relation between Hungary and the European Union, blaming the government for weakening the ties between Hungary and the EU. In his Speech Gergely Karácsony warned that “troublemakers like [Prime Minister Viktor] Orbán” could “wreck European unity”. 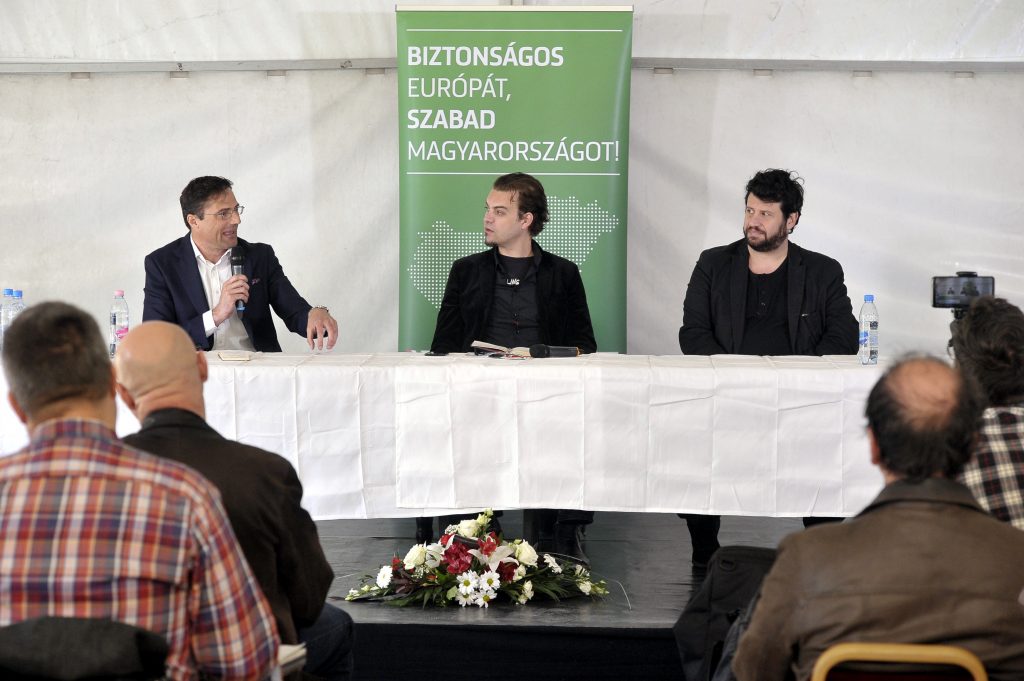 Speaking at a May 1 celebration in Budapest, Puzsér the opposition Jobbik and LMP parties’ Budapest mayoral candidate said Orbán needed the European Union’s money and the EU needed a skilled but cheap Hungarian workforce. The EU, he added, was not truly interested in the rule of law in the Carpathian Basin. “They’re not going to liberate us.” Both sides need the other, Puzsér said, in order to define themselves against the other.  He called Orbán Russian President Vladimir Putin’s “forward officer”, adding that the legacy of Hungary’s founder, King St. Stephen, was that the country belonged to the West.

“Two of our revolutions were crushed by the Russians and, given a third, that would also be crushed,” he said. Hungary, he said, had a choice between turning to the East for oil and gas, or to the West for freedom.

Asked whether the opposition would cooperate in metropolitan districts in the municipal elections, he said the left-wing parties had declined to enter into a fair agreement with “the center”. Fairness, he added, would mean dividing the seats by averaging the results of last year’s parliamentary elections and May’s EP ballot.

When it was put to him that opinion polls had found him to be the least popular politician since the 1989-1990 change in political system, he said the results of surveys could not be taken at face value.

Socialist Party leader Bertalan Tóth told participants of the Socialist Party’s May Day celebration  that the government has “looted EU funds and built a media and business empire that stifles free speech,” he said. 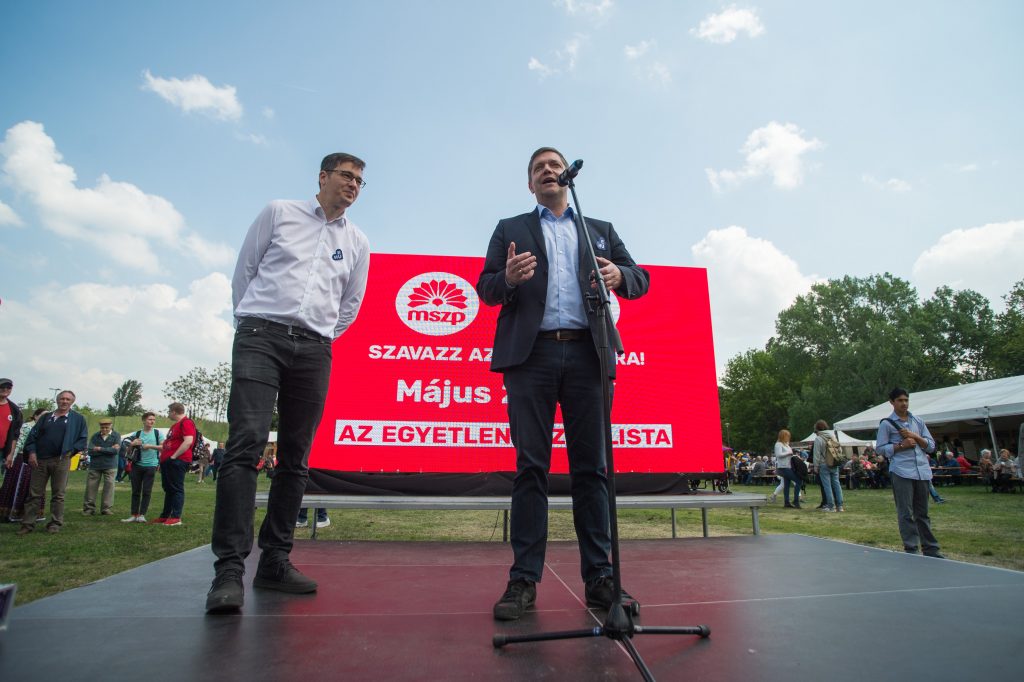 Tóth insisted that two-thirds of Hungary’s employees earned a wage below the average and hundreds of thousands of families lived in “worker poverty”. Referring to changes to the labor code that parliament adopted “amid scandalous circumstances”, he said the new rules meant that “if you want to earn more, you must work longer hours”. “People now work 12-16 hours a day to make ends meet.”

Tóth said the Socialist Party sought to build a “Europe of social welfare” and would strive for the introduction of a uniform minimum wage across the bloc, alongside the a minimum pension and family allowance.

Párbeszéd co-leader Gergely Karácsony said Hungary’s voters should “make a commitment to rejoin the EU” at the upcoming European Parliament elections because the country is now “getting further and further away [from it]”. The problems Europe face cannot be resolved unless “a Europe that focuses on the people” is created, he said.  He warned that “troublemakers like [Prime Minister Viktor] Orbán” could “wreck European unity”.

On another subject, Karácsony said it was important that the new leadership of the EU should be committed to fighting climate change. “Unfortunately several great powers are now managed by idiots that do not believe in climate change,” he said.

Dobrev: ‘No life’ outside EU

Klára Dobrev, top candidate of the opposition Democratic Coalition (DK) for the European parliamentary elections, told at the May Day celebration of her party that Hungary has no other option than to be “an equal member in a strong European community”. “What is outside is chaos, poverty and ruin.” 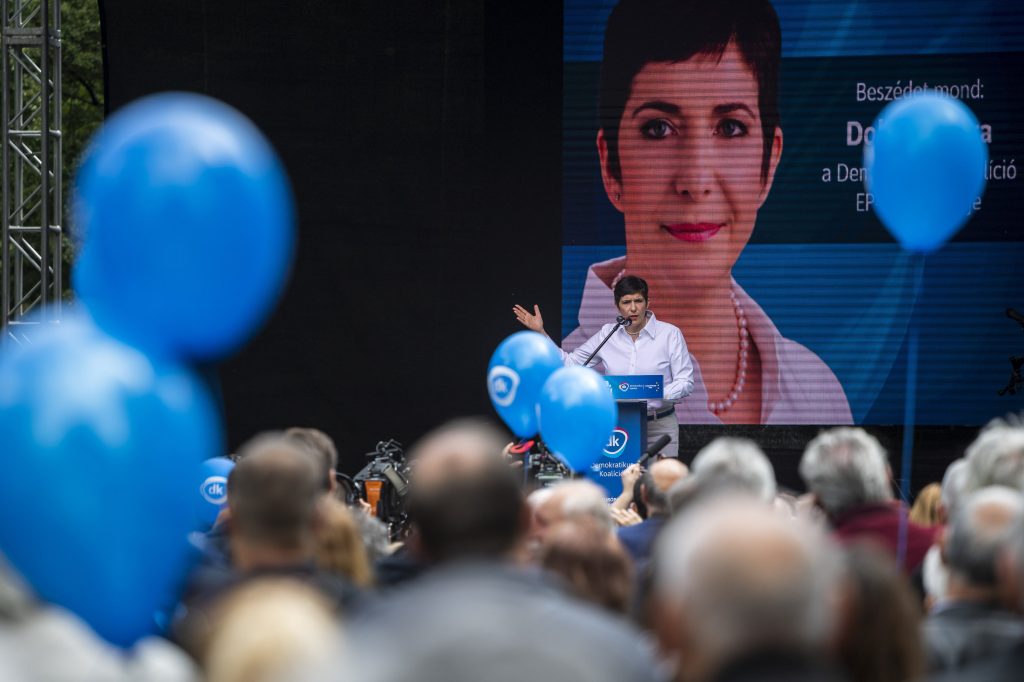 Dobrev argued for the creation of a United States of Europe with a uniform minimum wage, family allowance and pension.

Global challenges such as climate change, poverty caused by globalisation, and international terrorism, can only be met through cooperation within Europe, she said.

The politician who is married to DK leader and former prime minister Ferenc Gyurcsány berated the ruling Fidesz party and its alleged corruption. “The EU would not steal money from the Hungarians through public bids, it would not steal half the Lake Balaton area, it would not seize land from farmers to help oligarchs prosper…” she said.

She said the Baltic states, Czech Republic and Slovakia had overtaken Hungary, while Romania and Bulgaria were poised to adopt the euro in a few years’ time.

Ruling Fidesz said in a statement that the company of “Mrs Gyurcsány” had received “hundreds of millions of forints from Brussels to promote their interests”.

In the featured photo Klára Dobrev at  DK’s May Day celebration party. Photo by Márton Mónus/MTI